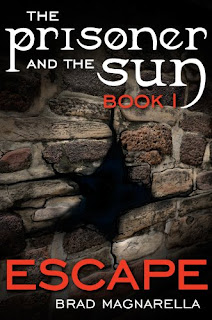 1. What is the name of your latest book, and if you had to summarise it in less than 20 words what would you say?

My latest book is Lights and Shadows, which is the second book in the Prisoner and the Sun trilogy – Escape being the first. Twenty words? Iliff, our hero, enters a realm of light and dark and discovers that it’s not so easy to keep them apart. That’s it in a nutshell.

2. What genre would you place your books into?

The Prisoner and the Sun trilogy is fantasy-based, but I wouldn’t necessarily call it fantasy. There’s a mythical, even metaphysical, drive to the story. It’s why I wrote it. But the fantasy elements help in a number of ways. They invite the readers to suspend their beliefs when they step inside the pages. They also allow me to use symbols and archetypal images that are familiar to readers (trolls, certain talking animals, etc.) but that aren’t available in other genres – or maybe they’re available, but they require a lot of explaining to keep from shocking the reader out of the story.

3. Where do you get your book plot ideas from? What/Who is your inspiration?

The concept for The Prisoner and the Sun came from a dream. In it, I was clad in prison attire and tunneling through the earth. The tunnel gave way and I fell inside this underground dwelling. It was a delicate, fascinating place, with small alcoves in the walls that held things like roots and mushrooms. It was very simple, but there was a reverential quality to it, to the way it was all arranged. Like I was inside someplace holy. I felt a presence behind me, and when I turned there was an angelic being, feminine and beautiful, though in a solemn way. Of the earth. In the middle of my apologizing for my presence and for being a prisoner, she walked up and lay her hand on my shoulder. My prison clothes fell away and I ascended to where light streamed through a small window high in the wall.

That was maybe one of the most vivid dreams I’d ever had. I thought about it a lot. Who was this prisoner? Why was he imprisoned? Where was he trying to escape to? Who was this woman? What did the light mean? Some years later I discovered Joseph Campbell, the brilliant mythologist who wrote The Hero with a Thousand Faces. Through his work, I became enamored with the hero’s journey, this process of departing a limited, accepted reality for one much greater, and the trials that inevitably come with it. Mind-expanding stuff for me at the time. That’s when I decided that the prisoner in the dream was embarking on his own hero’s journey. The woman was his “supernatural aid,” as Campbell puts it, and the sun, his ultimate objective. The story flowed from there.

4. How long does it usually take you to write a book, from the original idea to finishing writing it?

It depends on the book and, of course, the circumstances. When I began The Prisoner and the Sun in October 2009, I was working full-time in healthcare and doing some consulting work on the side, so all I had were late nights and weekends for writing. I was about a year in when I realized that the story was getting too long for one book. A trilogy made a lot of sense. I went back and focused on what would become Escape, the first book in the trilogy. I sent it off to my editor in March of 2011 and, following several rewrites, released it in mid-June. So we’re talking more than a year and a half. Lights and Shadows, the second book, went more quickly. I already had a draft, and I was working less, which meant I had more time available to write. From the time I sat down with it again to its release took about four months. The third and final book, which is likely to be longer than the others, will take anywhere from six to ten months from start to finish.

5. Do you have a certain routine you have for writing?

I write best in the mornings. I think there’s something to getting words down before your mind wakes up enough to start doing all the managerial stuff it loves to do: making lists, bothering about the week ahead, etc. I try to get 2,000 words down before lunch. If I’m working in the evening, I make it 1,000 words before bed – that’s about two single-spaced pages. When possible I get out of my house to write. I work much better in a social space with some ambient noise, like in a coffee house. Libraries tend to be too still for me.

6. Is there a certain Author that influenced you in writing?

I read many authors in many different genres and get something from each of them. I read my first Ursula Le Guin novel recently, The Eye of the Heron. I don’t usually read science fiction, but I’d heard good things about her. She didn’t disappoint. When I read, I try to make a habit of jotting down a sentence here, a descriptive word or phrase there – the things that really work for that author’s story, that make it vivid. With Eye of the Heron, I believe I filled up three pages. An example: “The sea wind, smelling of salt and space and wood smoke, blew cold in their faces.” That’s vivid. I plan to read more of her stuff. If there’s an author I consider my favorite right now, it would be Cormac McCarthy. He can be viciously parsimonious with his words (and punctuation), and yet his stories resonate like few do. I mean, The Road stayed with me for weeks and weeks. He’s writing on a whole different level.

7. What piece of advice would you give to a new writer?

Read. If there’s a genre you’re drawn to, read as much from it as you can, but explore other genres as well. Writing is writing. And when it’s good writing, the genre doesn’t matter. You’ll learn from it and be able to apply those lessons anywhere. Get good books on writing and editing. Sol Stein, Dwight Swain, Gary Provost, and Renni Brown and Dave King come to immediate mind. Also, keep a journal. Write down your thoughts and observations. Whether they be profound or mundane, become comfortable with getting them down, with expressing them as closely to how you experience them. I went years where I didn’t write a page of fiction but managed to fill several personal journals. That’s writing too. 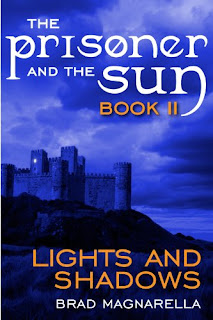