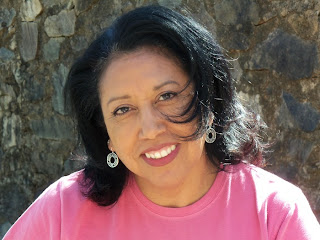 About the Author:
Hildie McQueen is a whirlwind who refuses to wear anything but jeans and heels
She grew up on the San Diego/Mexico border, joined the military at seventeen and never returned.  After living in Germany, Texas and Hawaii, she finally settled in the beautiful southern town of Augusta, Georgia.
Biracial, half Mexican and half African-American, Hildie’s native language is Spanish, but English is her favorite way of communicating now.
Her mission in life is to make as many people as possible to feel normal.  It’s an easy thing to do, for others to feel normal around her, because she’s anything but.