A collection of 5 sweet, heartwarming contemporary romances about forgiveness, second chances, and loving through difficult times. 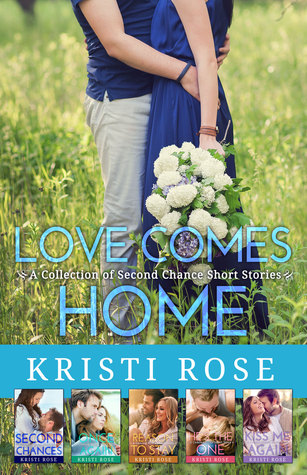 BLURB from Goodreads
The perfect length books to satisfy your need to read when time is limited. Great for the carpool, waiting in line, running kids to practice, or lounging on the beach.

Book 1: Second Chances
Fourteen years ago Lorelei Parker fell in love with her best friend, Cole Williams, but instead of forever she ended up with a broken heart. Now, if they can put their past behind them, Lorelei and Cole may find a second chance.

Book 2: Once Again
Evie Barker works hard, takes care of her ailing mother, and finds pleasure in her simple life. The memory of a complicated childhood is all that remains of the old days—And good riddance.

Grady Duke blew out of town before the ink on his high school diploma was dry. A six year stint in the Marine Corps gave him a good dose of the real world. Returning home, sixteen years later, Ph.D in hand, the last person he expects to find next door is Evie.

Neither can escape the memory of one reckless summer together nor the wild attraction they still feel. But taking risks is not in Evie’s disposition. Even if Grady is the one man who can offer her the happiness she’s been missing. But he could also break her in an unimaginable way. Regardless, Grady must atone for the past and prove he’s worth a second chance.

Book 3: Reason to Stay
Shea Barker ran away on a greyhound ten years ago. Now a rising Nashville song-writer, determined to make it on her own, she’s set her eyes on everything but her past.

When her momma’s funeral forces her back to her hometown, she has no intention of staying longer than necessary. Until she meets Leo Marshall, the soft spoken journalist who sees her for who she wants to be, and suddenly a future she never expected opens up. Maybe her lyrics aren’t the only place where love is found.

Book 4: He’s the One
Having given up on the dream of a husband but refusing to give up the dream of a baby, Melinda Bane is putting her eggs into the sperm bank basket. When a fire puts her dreams on hold, she turns to her oldest friend Jared to help her through, like he always has.

Jared doesn’t mind running to help his brother’s ex-wife, Melinda, whenever she needs him. But while helping her repair her sunroom and learning of her hopes for a family, Jared has an idea of how he can fix even more than her home.

Kristi Rose was raised in central Florida on boiled peanuts and iced tea. She’s been lucky enough to travel the world but now, a wife and mother, she's resigned to traveling to the grocery store. No matter where she is, she enjoys watching people and wondering about their story. That’s what Kristi likes to write. Stories about everyday people, the love that brings them together, and their journey getting there. Kristi is a member of RWA.

BLURB from Goodreads
The perfect length books to satisfy your need to read when time is limited. Great for the carpool, waiting in line, running kids to practice, or lounging on the beach.

INITIAL THOUGHTS
I am looking forward to reading this collection of short stories and am hoping that the community they are set in may be as good as the Snow Valley Novella/Short Story Anthologies I have read. The difference is in this collection all the stories are written by the same author.

REVIEW
I signed up to be part of the "PR by the book" Review Blog Tour for this book. I was given an e-arc of this collection in exchange for my honest review. The cover depicts a field on a summery looking day with the bodies of a couple entwined, with the woman holding a bunch of flowers. There is a light blue colour band across the lower half of the book with the authors name on it. Under the banner there are small individual cover images for each of the stories.
Would the cover make me pick this one up in a bookstore? I do like the cover and find it attractive enough. If I was looking for a contemporary read then I think I'd pick this one up in a bookstore to learn more so I guess the answer is yes!
I think the best way of reviewing this collection is to review it the same way as I do most anthology/collections by going through the book story by story and then sort of do a sum up of the collected works at the end. All the short stories are set in a small area in Florida in a place where everyone knows everyone else's business.

So first up is
Second Chances- Book 1: A fourteen year old heartbreak is the only thing that stands between a second chance at love and happiness for Cole Williams and Lorelei Parker.
In this short story we are introduce to Lorelei one of the owners of the diner, "Two Chicks and Bacon." Lorelei is still feeling grouchy after her early morning start baking the quiches for the diner when the other co-owner Andee arrives with more food supplies. The two women have been friends since first grade and continue to have a close friendship as they work together. Andee is married to Buck who also attended the same school as Andee and Lorelei. Lorelei's attention is drawn to a piece in the newspaper saying that Cole Williams is moving back to Florida. Cole and Lorelei used to be very close right up until he left. When Cole call's in the diner later and speaks to Lorelei using the version of her name he always did "Lore" her reaction is to feign surprise and pretend she doesn't recognise him. She even asks him to turn around so she has a view of the back of his head and body. Then remarks Oh yes it is you I recognise the view now, I remember seeing that as you rushed off to college! So to say things are less than amicable is a bit of an understatement. Another thing that bothers Lorelei about Cole moving back to the area is the fact he will be unavoidable when she is at home as well as when she's in the diner. Cole is staying with his mum who lives right next door to Lorelei. Cole tries to apologise and refers to letters he has sent her every year since he left town, as he does so more is revealed about the events surrounding him going off to college. Lorelei openly admits she has never opened any of the letters she received from him nor has any inclination to want to read the letters either.
I loved the characters in this story, especially the quick witted Lorelei, a strong female who will not forgive Cole immediately, she is stubborn and holding on to some incident in their past. Can she leave the past behind? and become friends with Cole again? I
t is revealed they were once much more than "just friends". Living in a small community there is plenty of gossip and eyes watching Cole and Lorelei interact in the diner. Andee and Buck eagerly welcome Cole back and so does much of the community, but Lorelei still feels very bitter towards they guy that featured heavily in her dreams for the future.
There is also an epilogue at the end of the novella/short which I loved as it was like a glimpse into the future to see what happened after the initial story.

He’s the One- Book 4: Melinda Bane is putting her eggs into the sperm bank basket. When a house fire puts her dreams on hold, her oldest friend Jared Calhoun just might have a solution.

FINAL THOUGHTS
Fantastic individual tales, within a great collection of short stories. I also love the setting of these short tales set in a community where everyone has grown up together and everyone knows everyone else's business too. The characters are very well written and realistic which makes you care about them and their families. I truly never thought I could possibly find another setting as magical as the one in the "Snow Valley Anthologies" but the setting of the short tales in this collection really is as good! I also adore the characters of these short stories, all have strong female leads within them. The "glue" that sticks all the short stories together is the diner "Two Chicks & Bacon" and it's co-owners Andee & Lorelei. I'd totally love some more of these characters, please! 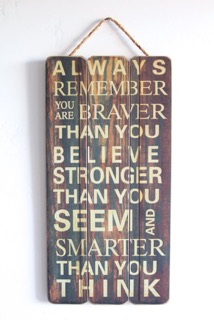