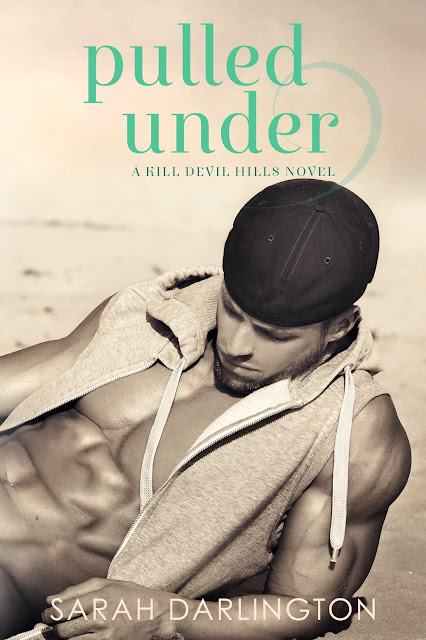 ***New Adult Romance. This novel is the third book in the Kill Devil Hills series, however it can be read as a standalone. Recommended for 18+***

BLURB supplied by the Author
man-child. noun.
: a grown man who is very immature, therefor considered a man-child

manwhore. noun.
: a promiscuous man who has no regard for his sexual partners or the emotional value of his relationships

Rhett Morgan couldn't have been more wrong for me. The guy drank beer in the shower, for crying out loud. He had no prospects for the future, had slept with half the women in our beach town of Kill Devil Hills, and had no desire to change his manwhore ways.

And when Ben Turner, the guy I had loved from afar for the past four years, died and I couldn't get over his death, I desperately needed a distraction. A distraction like Rhett. So I used him for a one-night stand. Because, after all, that's the only thing a guy like Rhett is good for...right?

EXCERPT
Sucking in a breath, I took him in. Rhett was good-looking in the completely opposite way of Ben. Ben had been handsome in a clean-cut, manicured way. Then there was Rhett…who looked like he could have been a construction worker or a firefighter…or maybe a male stripper dressed up as a construction worker or a firefighter. He was lean, muscular, tan, rugged, and the very sight of him, even from a distance, brought heat to my cheeks.
Not to mention, the man was like catnip. The bar area was packed with hungry felines on the prowl. He moved fast, making drinks, smiling at the women he served, and embodying every frat-boy (minus the frat) image I could conjure in my mind. The memory of him from when I was sixteen wasn’t something easily forgotten, and a tingle touched my lips as my mind replayed the kiss we’d once shared.
Still…he wasn’t Ben.
Sadness washed over me like a bucket of ice water. I shook off the feeling. Rhett had made me feel better once before, and I had no reason to doubt the same thing couldn’t work for me a second time. The only difference now was, I wanted to take it to the next level. I wanted to give up my virginity to him…tonight. No point in saving myself for someone who wasn’t alive anymore.
“Holy shit,” I said aloud. Breaking my eyes away from Rhett, I brought my attention back to the table and to my drink. Feeling like I was buried ten feet deep in teenage hormones, grief, and God knows what else, I removed the straw, as it was only slowing me down, and I finished the remainder of my drink in a giant swallow. The alcohol burned going down, and I grimaced. “That man is not for the faint of heart,” I mumbled to myself as I set down a now empty glass. “And neither is my plan for him tonight.”
Kimberly sighed. “The teacher in me probably should warn you that this is a bad idea,” she said, shaking her head. “But the girlfriend in me is going to do the opposite.” She leaned closer and her face turned very sincere. “You deserve this—to be young and stupid and go for something you want. All we have is the present moment. The past is gone, and the future isn’t guaranteed. So have a little fun. Knock that boy off his feet.”
For the first time in a long time, I laughed. “He’s not going to remember me.”
She shrugged. “So what. Make a new memory.”
Convinced, though I’d made up my mind hours before coming here tonight, I stood up ready to go talk to Rhett, ready for whatever to happen.
Kimberly’s eyes went wide. “Yes,” she whispered. “You can do this.”
“I need to know something,” I said, lingering by the table. “Are you sure you’re okay with this? I kind of got the impression that you might have liked Rhett when you went to high school with him. I could find someone else—”
“No. Rhett is perfect for this. Sure, I had a crush on him like everyone else in high school, but that was ages ago. I’m with Cody now. I love Cody. I don’t need a man-child like Rhett, that’s for damn certain.” She smirked at me. “But you go get your man-child, honey. He should be fun for one night.”
“Fine.” Laughing, I left Kimberly. I’d lied to her a second ago. If she’d said no about Rhett than I wouldn’t be attempting this with someone random. Only Rhett would do.
Feeling surprisingly confident, I approached the bar. I wore a short beach dress that buttoned in the front and showed off my long legs. My platinum hair was curled in big waves, beauty pageant worthy, and it fell just past my shoulders. I’d even broken out the high heels for this. No matter who I was on the inside, outwardly I wasn’t the nerdy girl with glasses anymore. 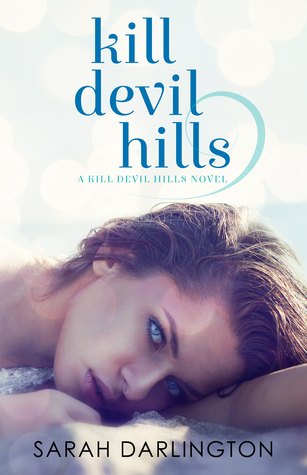 He’s twenty-four. She’s eighteen.His life is exactly the way he’s always wanted it to be...stable.She’s quite possibly the very definition of unstable.Noah saved her.Georgina never wanted to be saved.Growing up, Noah Clark was passed from one relative to the next until he finally ended up living with his abusive, alcoholic uncle in Kill Devil Hills, North Carolina. Thanks in part to the unwavering love and support of his best friend, Ellie Turner, Noah survived those years, escaped his uncle, and grew into the man he is today. Now he runs his own business and lives a pretty normal, no-nonsense life—one where he maintains a high level of control. Georgina is Ellie’s younger sister. Four months ago, Noah saved Georgie’s life, but he thought that was where his involvement with his friend’s sister would end. Now Georgie has returned home from the recovery facility her parents sent her away to and Noah, still haunted by the night that connects them, can’t stop himself from continuously trying to protect this girl he barely knows. But is he willing to give up all of the control he’s worked so hard to build in his life and risk everything for her? Even more importantly, would she do the same for him? 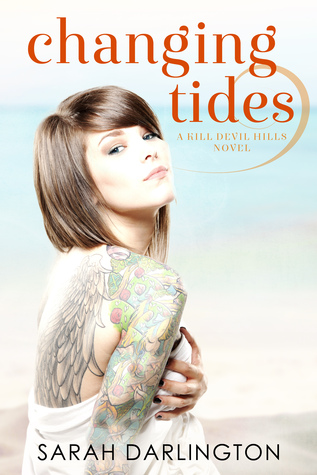 BLURB supplied by the Author
"Nate West. Hollywood bad-boy. Television megastar. Womanizer. Basically everything I hate about the male species rolled into one handsome package. And yet…I want him."Ellie Turner is a lesbian. She has tattoos, short hair, and a ‘don’t-mess-with-me-attitude.’ She knows who she is, loves who she is, and couldn’t care less what the rest of the world thinks of her. And since she has the most kick-ass best friend on the planet, Noah Clark, even when family drama gets in the way, nothing can offset her happy-go-lucky demeanor.Until television star Nate West comes along. All thick muscle and alpha-male testosterone. When Ellie meets him on an airplane the only thing Nate West should be good for is a brand new profile picture on Facebook. Right? Wrong. Turns out he’s good for so much more.This man is going to flip everything Ellie thought she knew about herself upside down.***NA Romance. This novel is the second book in the Kill Devil Hills series, however it can be read as a standalone. Recommended for 18+ due to sexy scenes, explicit language, and adult themes.*** 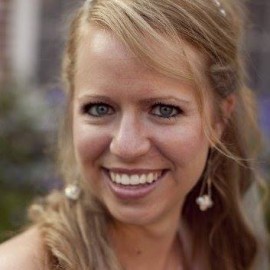 Sarah Darlington lives in the DC metro area, is married to her high school sweetheart, and currently spends her time chasing around a very active toddler. As a former flight attendant, she misses the days of pantyhose, galley gossip with good friends, and traveling to new places. In the future she’d like to return to that career, but, just as flying gets into your bones, so does writing. Whenever she gets a free moment these days, she writes.

What made you want to become a writer?
Twilight.  Something about Twilight inspired me.  It got me into reading again and it made me want to try to write.  I know there are a lot of Twilight haters out there, but the simple romance of Bella and Edward had a big impact on me.

What is your favorite/least favorite part about writing?
Favorite part: When the words are flowing and I'm in a writing groove.
Least favorite part: When I get stuck.  It happens from time to time, when I can't decide which direction to take my story.  I'll stress and write/rewrite, having the hardest time getting past a certain scene.  I always make it past those parts, I just hate the time I waste getting through them.

On average, how long does it take to write a book?
Four months!  Depends on the story though.

Can you describe the basics to your writing process?
First, I come up with a basic concept.  Then I come up with the characters.  From there I just start writing.  I'll always have a general idea of how a book will end and some key scenes playing in my mind, but other than that I don't plan ahead.  It's better (for me) to let my characters surprise me and drive the story.

Who is your favorite character from PULLED UNDER and why?
Rhett. I've been wanting to write Rhett's story since I wrote Kill Devil Hills. He's funny and lovable and deep down a romantic.

What is your favorite scene from PULLED UNDER?
The bar scene where Sydney picks up Rhett for their 'one night stand.'

Tell us about your cover art.  Who designed it?
Sommer Stein of Perfect Pear Creative Covers designed it. (facebook.com/PPCCovers) I adore her covers, everyone of them, and she's done all of mine except for my first novel's cover.

Excluding the characters from your own novel,
who is your favorite book boyfriend?
In the NA genre: Logan Reed.  (From Tammy Falkner's Tall, Tatted, and Tempting.)
YA: Jace Wayland
Adult: Eric Northman
(Wow, didn't realize how much I liked blonds until just now.)

What can we expect from you in the future?
I have plans to write a 4th and final novel in the KILL DEVIL HILLS Series. It will be titled ADRIFT and it will be Ben's story. I may put writing it on hold for a little while because I have a YA story that I've been dying to write. I haven't decided yet though.

Do you have any tips or advice for other writers?
Write everyday! If I can write a book, anyone can.  All it takes in practice, more practice, and a slightly obsessive personality.