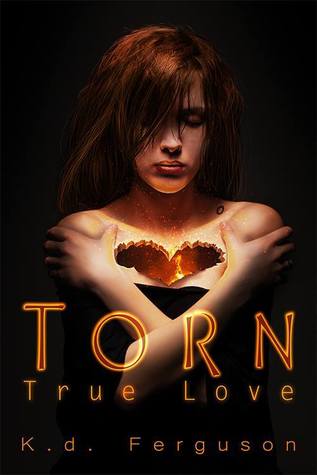 BLURB from Goodreads
Everyone has a choice. Abide by the government’s rules and regulations and you may live the average life. Or you can become a Sweeper. Krissa Channing’s destination was clear until Braiden entered her life and clouded her future. Krissa’s future, which once seemed so promising, is compromised when her relationship with Braiden is forced by the hands of the government. The pressure of an automatic pairing pushes them both down a path they never dreamed they’d travel. While Krissa accepts the change, Braiden revolts against the government leaving Krissa alone, her heart torn. Should she follow the rules and regulations and continue down the road mapped out for her? Or should she go against everything she’s been taught and follow after her true love? 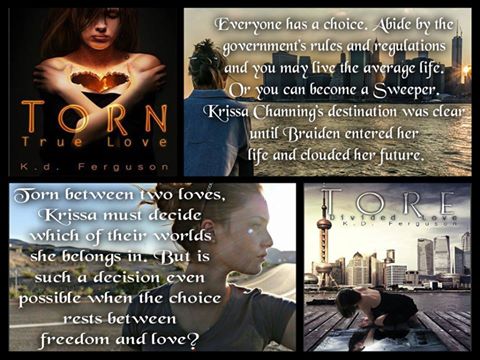 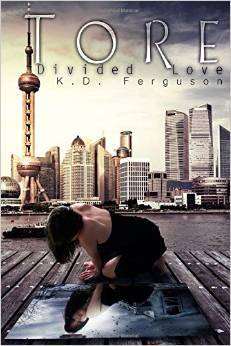 BLURB from Goodreads
A future set in stone. For eighteen year old Krissa Channing a government ruled pairing with Braiden Connor and a move to Headquarters were her set fate. Until Braiden's sudden disappearance threatens Krissa's entire future. After months of endless worry, Krissa has an unexpected meeting with Duke, a perfect suitor that could offer her the future she's always dreamed of. Just when she begins to regain hope, Braiden returns. Now, Krissa must find where her heart truly lies. Torn between two loves, she must decide which of their worlds she belongs in. But is such a decision even possible when the choice rests between freedom and love.

He took my hands and stared at me with his emerald eyes.  “I promise I won’t ever put you through that again.  I was an ass.  I was selfish.  I’ve changed.  You are what I want.”  He looked around my
place.  “This is what I want.”

God, I wanted to believe him, but I was so uncertain.  I’d been down this road with him before and we didn’t have the best experience. He’d broken me so badly, but I guess I had no other choice but to let him fix me.
“I can’t go through that again, Braiden.”
“Do you still love me?”
Like he needed to ask.  “I never stopped.”
“I was so stupid.  I love you.  It took being without you to realize that.  I want you, and only you, forever.”


My heart was begging me to believe him while my mind still had reservations.  “Please stay true to your word.”

“I promise.”  He wrapped his arms around my shoulders and pulled me close to him.  I wanted to stay like that forever.  He was my home.  I felt safe even though I probably wasn’t.  I wasn’t happy but I was certain that wouldn’t last.  And I felt loved even though that most likely wasn’t true. 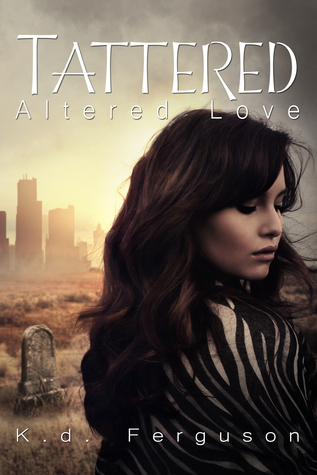 BLURB from Goodreads
What if you had the chance to change the future, would you take it regardless of the cost? Could you find the strength to overthrow a corrupt government that filled your life, and the lives of countless others, with lies and sadness? Krissa Channing seemed to be a Headquarters prodigy, on track for a successful pairing and a lifetime of living by government standards. But her destiny was far more than that which was mapped out for her. Upon the discovery of an underground revolution, Krissa is thrown into a world she never knew existed. The devastating losses she has endured have placed her in the position to help lead the movement. The glittering future offered by the takeover seems to be bright, but how much of the life she once knew is Krissa willing to sacrifice? 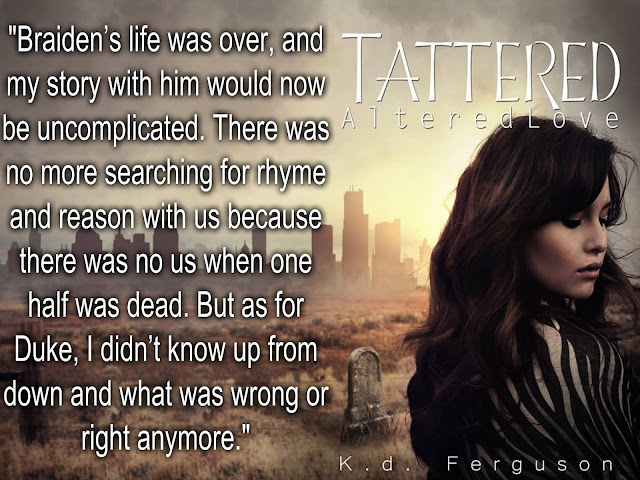 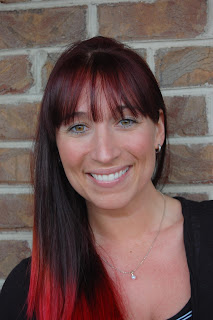 K.D. Ferguson is the author of the YA trilogy, The Love Series.  After receiving an associate’s degree in Fashion Merchandising from the Fashion Institute of Technology she earned a bachelor’s degree in applied science from the State University of Oneonta.  She moved away from her hometown, Oneonta, NY, upon graduation and moved to Concord, North Carolina with her husband where she pursued a career in the retail world.  Several years later, feeling unsatisfied in her career, Kristen dove head first into writing her first book.  She can usually be found with an iced coffee in one hand and a pen in the other.