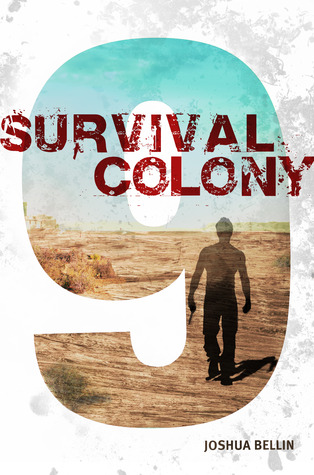 BLURB from Goodreads
In a future world of dust and ruin, fourteen-year-old Querry Genn struggles to recover the lost memory that might save the human race.

Querry is a member of Survival Colony Nine, one of the small, roving groups of people who outlived the wars and environmental catastrophes that destroyed the old world. The commander of Survival Colony Nine is his father, Laman Genn, who runs the camp with an iron will. He has to--because heat, dust, and starvation aren't the only threats in this ruined world.

There are also the Skaldi.

Monsters with the ability to infect and mimic human hosts, the Skaldi appeared on the planet shortly after the wars of destruction. No one knows where they came from or what they are. But if they're not stopped, it might mean the end of humanity.

Six months ago, Querry had an encounter with the Skaldi--and now he can't remember anything that happened before then. If he can recall his past, he might be able to find the key to defeat the Skaldi.

If he can't, he's their next victim.

INITIAL THOUGHTS
I’ve had this title in my “To Read”  pile for a long time, due to health issues and my eyes I had been reading just on my kindle or tablet for some time, until I got my glasses sorted out and though not perfect I can now read physical books again! Then shock horror during a thunder storm my internet went down which meant only having access to physical books to read. Hence I finally found this book again, as my daughter had secreted it in her pile of “books to read next”! Approaching the book all I knew was that was post apocalyptic. I decided not to re-read the blurb and just dove right in.