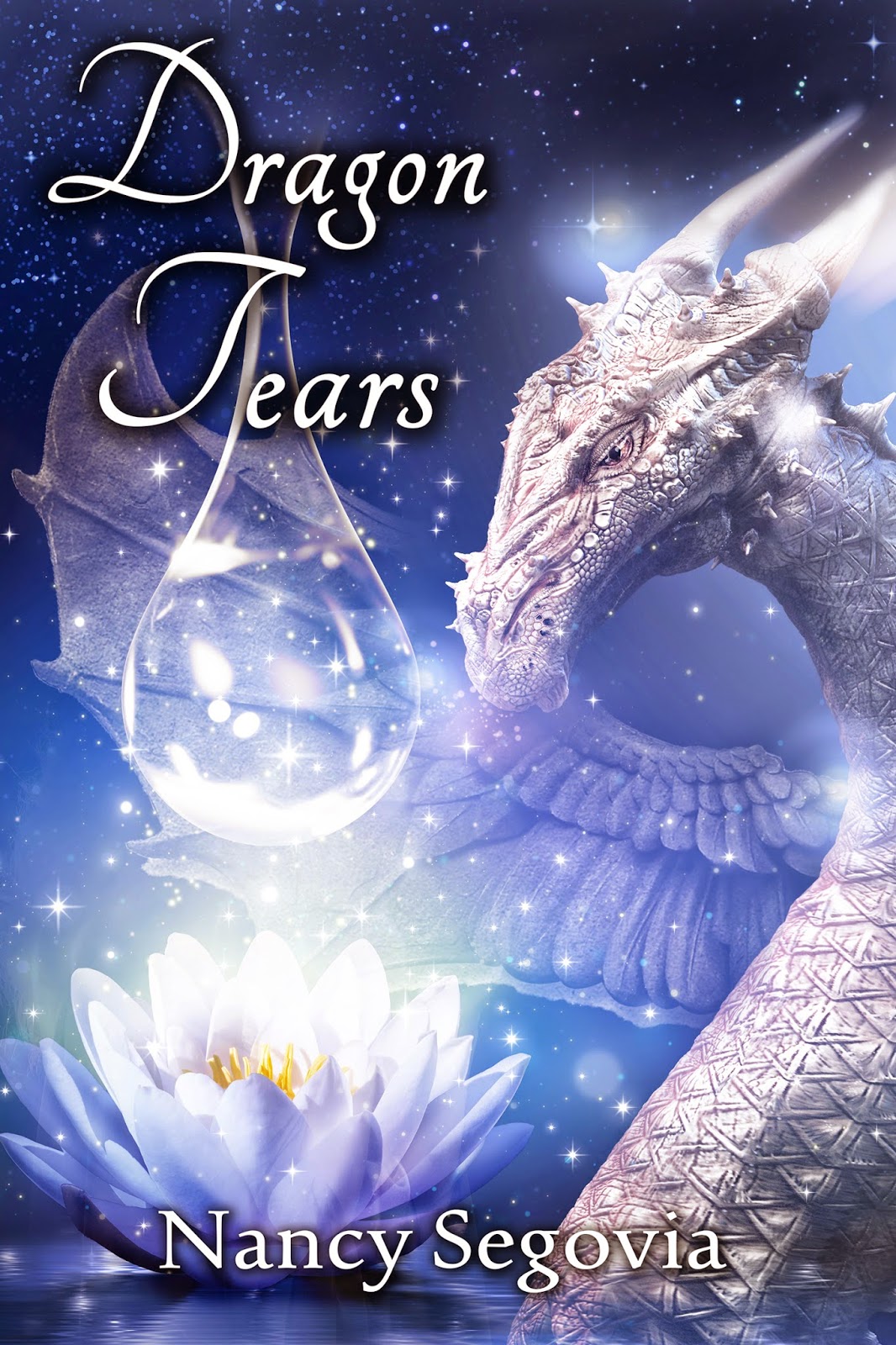 BLURB from Goodreads
Can a boy without magic and a dragon that can’t fly save their world from destruction? In a land of magic users, one boy is born without magic. In a realm of angry dragons, one dragon befriends a human boy. Together, they follow their hearts on a journey to save their land. They are joined by a wily old wizard and another young dragon on a quest into the unknown to find the creator dragon – Skyhawk — the only one who can save their world from a devastating war. Adventure and danger awaits the misfit group as they travel across the endless Sea of Lights, escape the mysterious earth dragons in the Valley of Death, and continue to search for the mythical Singing Mountains and Cloud Caverns. Will they succeed in finding the powerful dragon and prevent the coming war, or will they fail in their quest, and lose not only their lives but all of creation as well? 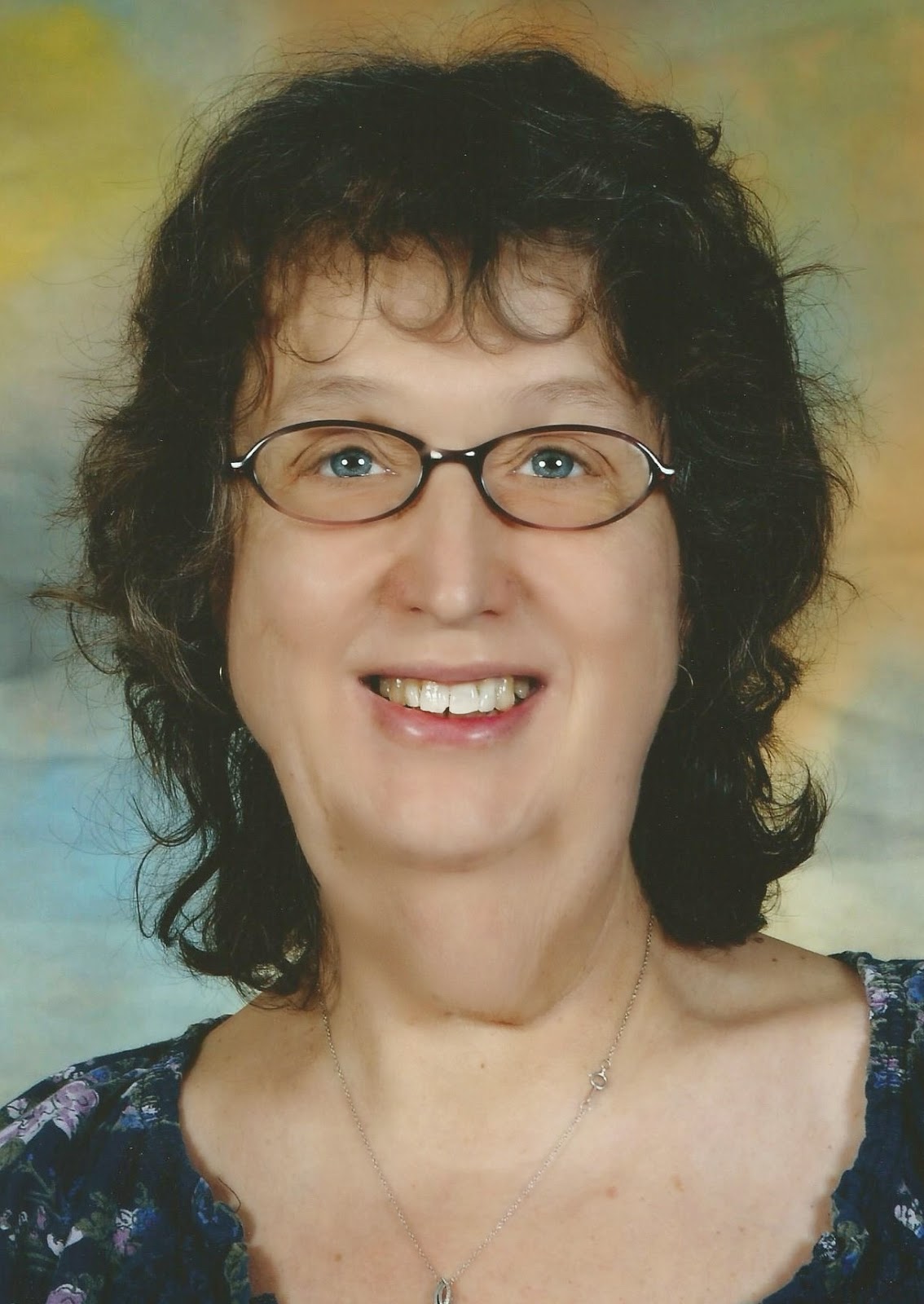 Nancy Segovia has been a professional writer for over 25 years.  She has achieved publishing success in the fields of adult fiction, children’s literature, newspaper journalism, feature magazine articles and poetry. Her other published works include “Shine” published by Faith and Reason Publishing in 2013, and “When You Wish Upon A Star” and “Benjamin’s Bride” both of which are scheduled to be re-released next two years. Her most recent writing project is a full-length adult fantasy novel titled, “The Huntress.” She has a Master of Arts in Religion from Northwest Nazarene University and a Masters of Liberal Studies in Creative Writing from the University of Denver. She currently writes and teaches college English. You can contact at faithandreasonpublishing@gmail.com.

She is happily married and has five daughters, five granddaughters and two grandsons  She loves to fish and is a prize-winning cook.  Of herself she says, "When not writing or teaching, I like to take online classes in a variety of areas including history, education, religion and philosophy. I also read and watch TV. Much to my shame, I really enjoy reality TV shows like "The Bachelor" and "Survivor,"  and I have an unholy passion for all things vampire. When not doing any of those things, I play with my three dogs and six cats as I love animals. In the past, I have raised and cared for horses - Quarter horses and Thoroughbreds - geese, chickens, fish, birds, roosters, hamsters and once a pot-bellied pig." She also takes in strays whether they be four-legged or two, if they need help, she will provide it.

When did you first consider yourself as a "writer"?
I was very fortunate that I sold my first piece of writing within six months of deciding I wanted to be a writer. I really didn’t make that decision. I had a college professor tell me I had talent, and I ought to pursue it. No one had ever believed in me before, I was 30 years old at the time, and I took her at her word. I started writing and sold my first poem six months later for real cash. The check is still buried in my filing cabinet someplace. That is when I considered myself to be a real “writer.”

How long does it usually take you to write a book, from the original idea to finishing writing it?
Well, it took me less than 6 weeks to write the 285 page, first draft of my first novel, and then almost 3 years to edit it and correct all the first-time-novel-writer mistakes I made. My current novel is going a lot slower because of some disabilities I have which restrict the amount of time I can spend sitting at a computer.  I think if I was up to it physically, I could have it completed within a couple of months.

What can we expect from you in the future?  ie More books of the same genre? Books of a different genre?
I will be doing what is considered a marketing disaster and jumping all over the place with my genres. I plan to release first another YA novel, a historical novel about the underground railroad and two lost runaway slaves. After that, I will be re-releasing my first novel which is a romantic suspense novel, and somewhere in there I want to release my current writing project which is an adult fantasy novel, “The Huntress.”

How long have you been writing?, and who or what inspired you to write?
I sort of addressed this earlier, but I would really like to expand on it if that is okay? I was severely abused as a child and then as a wife, and I never had a single person who encouraged me in anything I did. I was told I was a loser, stupid, a mistake, etc. as well as the physical abuse. So, when I finally got the courage up to take some classes at the local community college, I was completely flabbergasted to have my English teacher in the very first class I took, tell me I had talent and I ought to pursue a career as a writer. It is hard to explain what that does to a person who has no self-esteem and no self-confidence. She was the English professor, she knew – didn’t she – what good writing was? And, if she said so, didn’t that make it true? Anyway, I believed her, and I got professionally, paid-for-it published, within six months. Now, as both a writer and a college professor, I know personally the difference  teacher can make in a person’s life, and I strive to do so for my students as well.

Do you have a certain routine you have for writing? ie You listen to music, sit in a certain chair?
Nope, no routines, and no music at all!  I LOVE music, so much so that I cannot listen to it when I write because I become totally distracted by it. Music takes me away to a different place and time just as my writing does, and we all know we can’t be in two places at once. So, if I am writing it has to be without music, unfortunately. However, there must be coffee!

Do you have anybody read your books and give you reviews before you officially release them? ie. Your partner, children, friends, reviewers you know?
Absolutely! I would not dream of publishing anything without someone reading it first, even an interview like this. Unfortunately, my beta reader, who is one of my daughters and who is also an award-winning author, is in the process of moving and does not have either a phone or the internet so I am winging it on this one. Also, unfortunately, my husband does not read fiction of any kind and has never read any of my work. I do have other daughters who also serve as my beta readers, and I always hire a professional editor – that is mandatory.

Do you read all the reviews of your book/books?
Another “absolutely” answer (I know alliteration is a no-no, but the poet in me loves it). I read them, gloat over them or agonize over them, and because of them I try to be as kind as I can be when writing a review for someone else. The only exceptions are those freebie books that are written as a promotional gimmick for another book or product. I just received two of those, and they make me so angry. Such a waste of my time, they usually have no take away value and are only published so that you will click-through the links in the e-book. I always give them really bad reviews because they are abusing the privilege and art of writing.

How do you come up with the Title and Cover Designs for your book/books?Who designed the Cover of your books?
For “Dragon Tears,” I used BookCoverMachine.com. Laura is fabulous, easy to work with and very reasonably priced. I cannot praise her work enough, and I plan to use her for all my future releases.

Do you choose a title first, or write the book then choose the title?
The title first, each and every book has been based on a title. Not sure how that works, but I get really intrigued by the title and then the story just seems to take off after that. I also have never used an outline except for my current project, “The Huntress” because the plot is really complicated and has a lot of sub-plots and character development issues and romances that have to be covered. However, when I wrote “The Journey Home,” the YA novel about the runaway slaves and the underground railroad, I did use a map of the actual underground railroad to plot the kids escape route and their way stations.

What are you currently reading? Are you enjoying it? What format is it?(ebook, hardback or paperback)
I am currently reading, “The Hunger Games” by  Suzanne Collins, and loving it, and “All Good Dogs” by Rabbit Redbone. I think everyone knows about “The Hunger Games” so I will let that one pass, but “All Good Dogs” is excellent and is a series of vignettes 0f stories about dogs from a fellow who used to work as a talk show host in the deep South. I love the colloquialism of the language used in the writing, and I love the inspiring, uplifting stories about dogs and their impact on their owners.