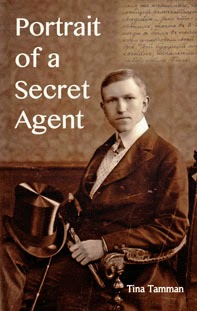 BLURB from Goodreads
The biography of a British intelligence agent, Brian Giffey (1887-1967) is also a fascinating love story. 2nd Lt Giffey married a German girl at the start of WWI, divorced her in 1937, having met an Estonian girl half his age. When he, now Major Giffey, married the Estonian girl, Anni, he insisted that she should befriend his first wife, and she acquiesced. Brian Giffey spent 11 years in Estonia, collecting information on the Soviets for MI6. In 1940 he and Anni were forced to leave the country because of Soviet occupation. Having spent a couple of years in London, they were posted to Iraq where Brian was abruptly and mysteriously dismissed in 1944, possibly because of his connection with the notorious traitor Kim Philby. It is really a book about belonging, loyalty and identity.

I was 26 when I came to the UK from what was then Soviet Estonia, not knowing much about Britain at all. Everything was new and interesting for quite a long time. For five years I worked in the wine trade and was awarded a certificate from the Wine and Spirits Education Trust, but then realised I was not really a salesperson. Working for the BBC by contrast was very rewarding. It was at Monitoring in Caversham Park that I listened to radio news in Estonian and Russian and translated selectively, later also edited the news. In 2011 I was awarded a PhD from the University of Glasgow for my research into Estonian-British diplomacy. My thesis, the biography of an Estonian diplomat, was later published as "The Last Ambassador: August Torma, Soldier, Diplomat, Spy"