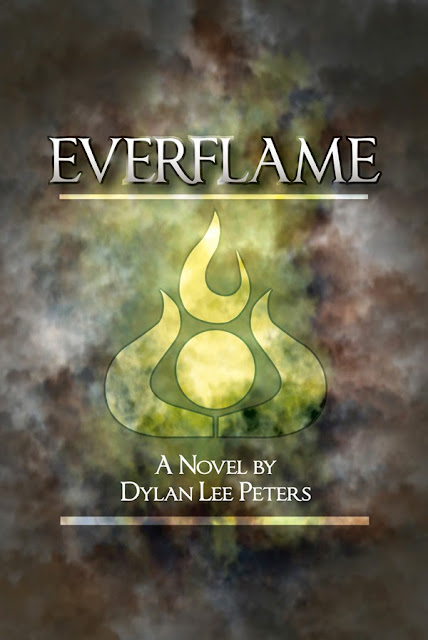 BLURB supplied by the Author
The world is old and full of lies,
But also full of truth,
And here between the earth and sky the questions fall to you.

Long ago, when the earth was young, four ancient beings created man to be the bastion of the earth and its creatures, but when the Great Tyrant came and chased the Ancients away, the world was transformed into a place of fear and isolation. Over time, humans lost their connection with a world they had been created to protect, they forgot the ways of their ancient creators, and accepted the Tyrant’s lies as truths from the mouth of a god.
Now, deep in the forests that surround Gray Mountain, two bears find a small child that is abandoned and left for dead. The bears name him Evercloud, raise him as a member of their kingdom, and teach the boy of the Ancients, all underneath the light of the Everflame, the flame that burns atop Gray Mountain as a monument to the integrity and spirit of the bears.
As Evercloud grows, rumors reach the bear kingdom of the Ancients’ return, and now the young man must leave his home to find them, and help save the world he holds dear.
Will Evercloud lose himself in the darkness of the Great Tyrant’s lies, or will he have the courage to judge his own heart, the strength to master the darkness, and the faith to follow his purpose until it burns within his heart like the Everflame? 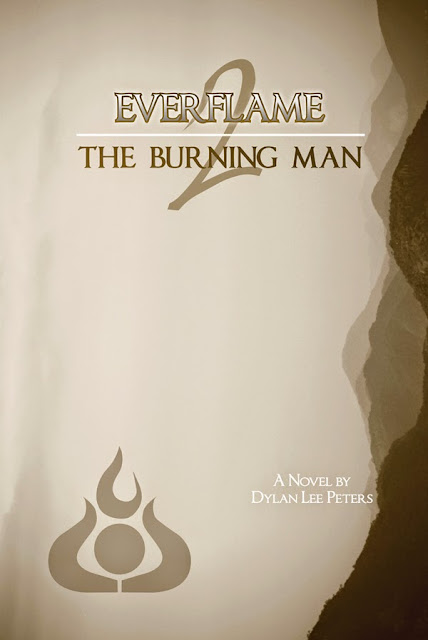 A flame will keep the darkness at bay,
but only as long as it burns.

Darkness falls over Ephanlarea as the history of the four Ancients is brought to light, and the shadows of past mistakes stretch into the present. The Great Tyrant has returned, and evil, twisted creatures, called Farsiders, lurk around every corner. Gray Mountain is mired in chaos as usurpers threaten Eveneye’s throne, and now the human world is afflicted by a mysterious entity they are calling The Burning Man.
Evercloud, Riverpaw, and the Brothers Floyd continue their quest to return the Ancients to power, but now with Iolana in the clutches of the Messenger, they have more urgency than ever. Journey with them as they encounter strange allies, travel to new lands, battle powerful enemies, and face questions that challenge the very nature of good and evil.
Will Iolana be rescued? Can Evercloud fight against the emerging darkness inside? Will heroes survive to tell their own tales? Return to the world of Ephanlarea for the answers to these questions and to the question that could change the balance of power, forever: 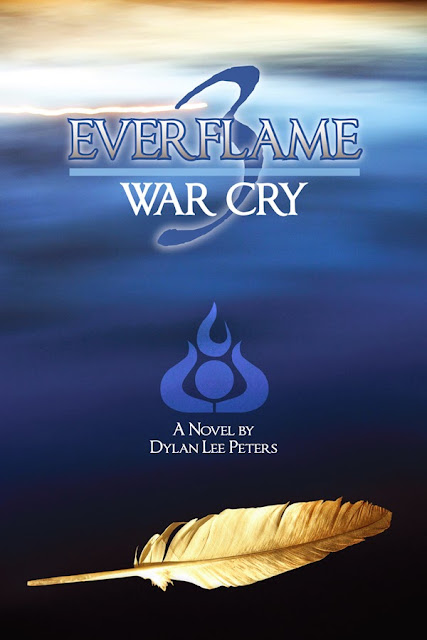 There is suffering that comes from hope,
but because of hope, suffering can never defeat you.

The winds blow across Ephanlarea, and the Great Tyrant’s poison works deep in the veins of men, as now, in the human kingdoms of Chreos and Nefas, evil conspires and sets its machinations ever closer to war. The Tyrant pulls the strings of the treacherous, paranoia and fear rule the day, and hope fades further from the light.
Yet, hope finds its way out of the kingdoms of men, and to the foot of Gray Mountain, in the form of a young girl named Annie, and the ancient map she carries with her. With the map and his companions, Evercloud searches the land for long-forgotten spirits, the Daughters of Earth and Sun, in the hope that they can help to renew harmony in the world, and vanquish the Great Tyrant. Each spirit, holding her own mystical power, and her own piece of the greater puzzle, leads Evercloud closer and closer to the truth of the world’s history, and also, to the truth of his own origin.


Meanwhile, the most powerful of the Ancients, Densa, tries to accept the terrible things he has done in the past, and learns to understand the person he is now, all while fighting for the future of who he will become. When the moment comes that defines his very nature, when it forces him to bend to its will or suffer the consequences, will Densa succumb to the darkness and rage he holds inside, or will he find his own war cry? 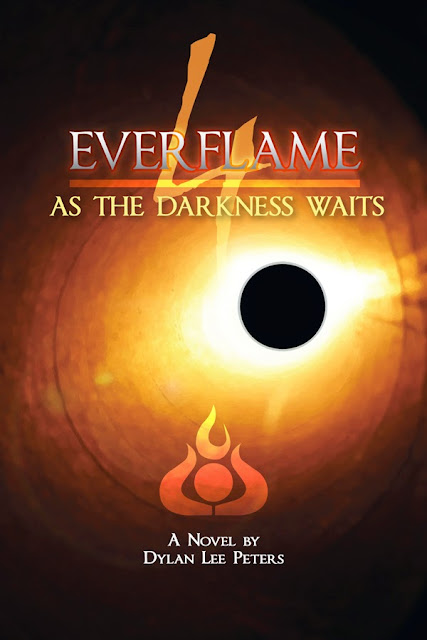 I will stand the line between the light and the darkness.
I will master myself for as long as I am lost in the gray.

The army of Chreos knocks upon the doors of Nefas, and blood paints the fields of war. The Great Tyrant has delivered a crushing blow to Ephanlarea, and the dust of pain and loss is settling. Mother Earth despairs under the weight of existence while the sun bears down upon all. As the Tyrant reveals his final, terrible plan, will all hope truly be lost?
Return to Ephanlarea for the fourth and concluding book of the Everflame series. Continue the journey of Evercloud, Densa, the brothers Floyd, Annie, Tenturo and more, as alliances are forged, sacrifices are made, and the truth of the prophecy is revealed.


Will heroes prevail? Will peace and harmony be restored? Will the light of the flame burn strong enough to withstand evil’s final assault? Or will it be the darkness that brings a final salvation? Evercloud and Densa combine forces, and prepare for the shocking end to this epic tale, as the darkness waits… 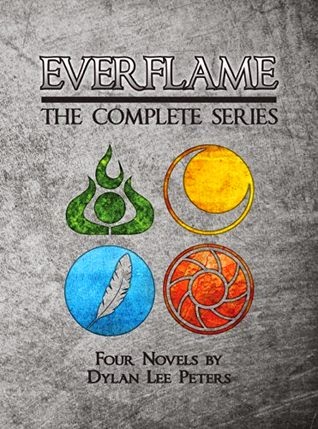 BLURB from Goodreads
The Complete Everflame Series, in one book. Four novels to take you through all the adventure, magic and mystery... Long ago, when the earth was young four ancient beings created man to be the bastion of the earth and its creatures. But when The Great Tyrant came and chased The Ancients away, the world was transformed into a place of fear and isolation. Over time humans lost the connection they had with a world they had been created to protect. Now, deep in the forests that surround Gray Mountain, two bears find a small child that is abandoned and left for dead. They name him Evercloud, and raise him as a member of their kingdom. Teaching him the secrets of the elders, they tell him of the ancient beings that created man and the rumors of their return. Evercloud must now go on a quest to return The Ancients to power.


Learn even more about this series here
Author's Blog here