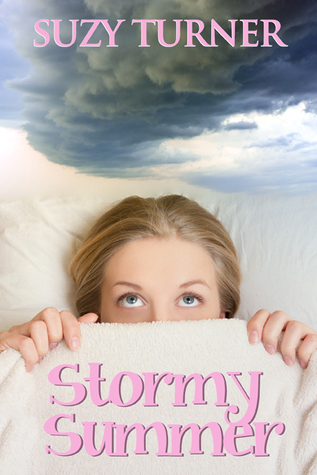 BLURB from Goodreads
When Summer Miller is rudely awoken from the best hot 'n' heavy dream she has had in a long time, her day gets progressively worse... until she prangs the car belonging to one of the office's sexiest blokes. One thing leads to another and she soon finds herself dating a man who isn't quite what he seems. When her imagination goes overboard and she thinks he might actually be a 'she', Summer ends up running away to Portugal – straight into the arms of a handsome American stranger... 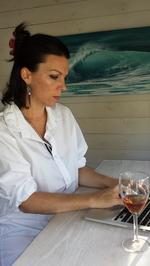 Although Suzy is a Yorkshire lass at heart, she left her home town of Rotherham, UK, to move to Portugal with her family when she was ten. The Algarve continues to be her home, where she lives with her childhood sweetheart husband Michael and their menagerie of cats and dogs. Suzy's career began soon after completing her A levels when she was offered the position of trainee journalist for a local English newspaper. Her love of writing developed and a few years later she moved on to become assistant editor for the region's largest English language publisher. Since then she has also worked as the editor of one of the Algarve's most loved monthly lifestyle magazines. Early in 2010 however, Suzy began working as a freelance writer and author.

OTHER TITLES BY SUZY TURNER
(Titles linked to Goodreads)

Forever Fredless
And Then There Was You
Stormy Summer

Anthologies with Suzy Turner Title in them

Check out My Reviews of Suzy Turner Titles