RELEASE BLITZ - SAGA - LEGENDS OF THE TRAVELERS BY J.A. CAMPBELL 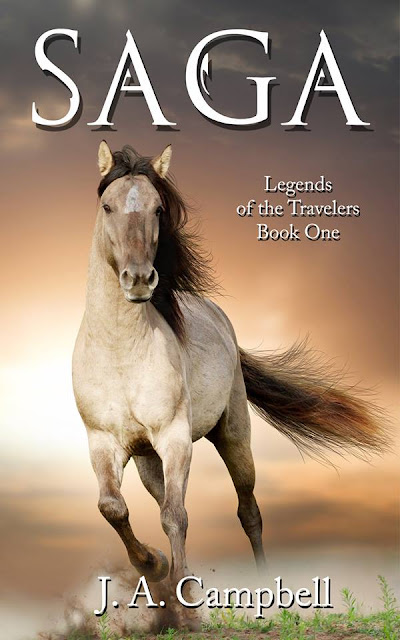 BLURB supplied by Untold Press
Taken from her people as a foal, Saga is plunged into a world completely foreign to her. All Travelers know other worlds exist, but they don’t expect to actually experience them until they are adults. Saga must learn to adapt to her new surroundings if she wants to survive until she’s old enough to be able to Travel among worlds and return to her people.

Jarl is the son of the Vanir High Mages and heir to the throne. Though young, his parents entrust him with the care and training of the captured Traveler foal. However, none of the Vanir understand just how intelligent the Travelers are and they may have given Jarl more than he can handle.

When Saga escapes, the High Mages decide she is too much trouble and has to be killed. Jarl defies his parents and goes after her. Will they remain enemies when Jarl finds her, or will they form a bond of friendship strong enough to save Saga’s life?

It took him several hours, and he almost forgot to eat the dinner that the servant brought for him, but Jarl finally got the spell to work. For all the effort, it was a relatively simple result. He was supposed to take a regular candle and make it burn with a green flame. Lighting the candle with magic was simple enough. However, altering the components of the wick to make it burn green wasn't as easy. Jarl could have cast a simple illusion on the flame, but that wasn't the point of the exercise. Supposedly, once you could perform the spell reliably with a candle, and then other fires, you would be able to apply the principles to much more complicated and powerful works of magic.
Jarl, now able to focus on something other than the magic singing through his veins, distantly heard the bell toll seven times. He was late! He should have left for the stables twenty minutes ago. He hastily grabbed a fresh candle, along with the one he'd managed to craft the spell on, and slipped into the servants' ways so he could run. His parents would understand. They always did when magic was involved, however he didn't want to keep them waiting, or they might decide he hadn't mastered the spell in time.
He hadn't even had time to wonder about the surprise. He thought it might be a horse of his very own since they were meeting in the stables. He could ride any horse he wanted—as long as it wasn't one of the hunting or warhorses. To have one of his very own seemed special. It also meant his father might start taking him out into the countryside more. Jarl felt confined, like he was missing out on life, since he mostly had to stay on castle grounds until he went off to school in a few years. Those with magical talent had to be protected until they could protect themselves. Shadow creatures called Ovattr hunted mages, very effectively. Now and again, a body would be returned to the castle, or the Mage School, torn by claw and tooth. The treacherous Alfar created the creatures long ago to destroy the human mages.
Jarl forced himself to walk when he reached the door leading from the servants' ways to the outer courtyards. Though still light out at this time of year, the oppressive heat of the day had lifted, and a light breeze dried the sweat dampening his hair. A seabird cried out, circling overhead, seeming to mock Jarl for running late. In his impatience, Jarl ended up half jogging when he wasn't in view of the stables, and walking as properly as he could when he knew his parents might see him. Liveried guards stood outside the main doors, the green contrasting nicely with the stone that made up the front of the stables. They didn't so much as glance at Jarl. Still, he imagined he could feel their eyes on him as he scooted passed their forbidding presence. The statue-like guards had always unnerved him, though he worked hard not to let it show.
Airy and open, the stables smelled of horse and dust and sweet hay. A dapple-gray that Jarl occasionally rode nickered when he saw the boy. Jarl smiled and scratched the horse on the nose before heading deeper into the large building.
A high-pitched angry squeal, followed by the thump of hooves against a wooden stall, startled him. By the time most horses made it into the stables, they were quiet. The horses in training and the warhorses were kept elsewhere.
A bucket crashed to the ground. Jarl heard other angry thumps and squeals, and he thought he heard the ghost of a voice screaming: Let me go!

I am not a horse. I will not sleep in a stall ever again. She stomped her foot for emphasis.

He heard me. Her mental voice whispered. Most can't.
"Then what are you, Saga?"
I came from the Crested Mountains. I'm not a horse, but we don't know what I am. 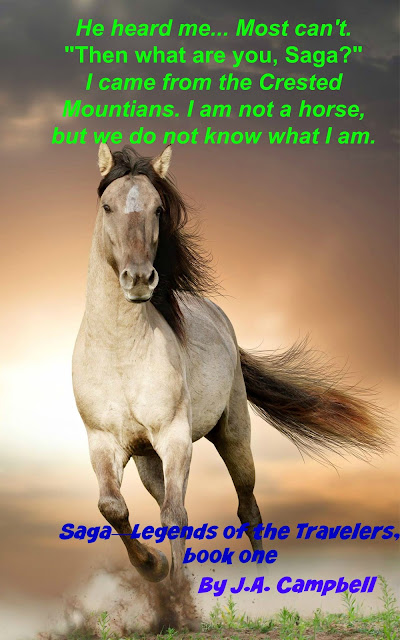 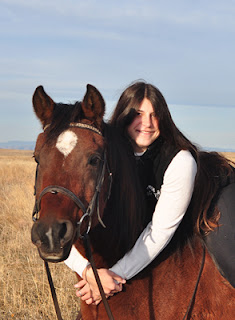 Julie has been many things over the last few years, from college student, to bookstore clerk and an over the road trucker. She’s worked as a 911 dispatcher and in computer tech support, but through it all she’s been a writer and when she’s not out riding horses, she can usually be found sitting in front of her computer. She lives in Colorado with her three cats, her vampire-hunting dog Kira, her new horse and Traveler-in training, Triska, and her Irish Sailor.She is the author of many Vampire and Ghost-Hunting Dog stories and the young adult fantasy series Tales of the Travelers. She’s a member of the Horror Writers Association and the Dog Writers of America Association and the editor for Steampunk Trails fiction magazine. OTHER TITLES BY J.A. CAMPBELL

TALES OF THE TRAVELER'S 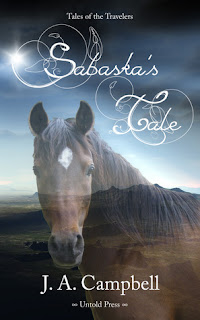 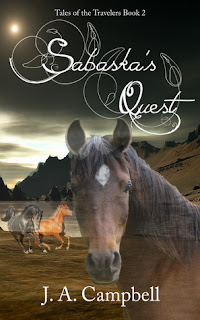 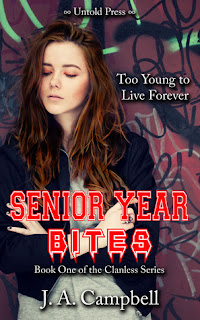 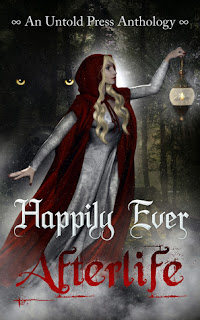 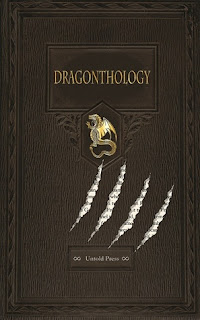