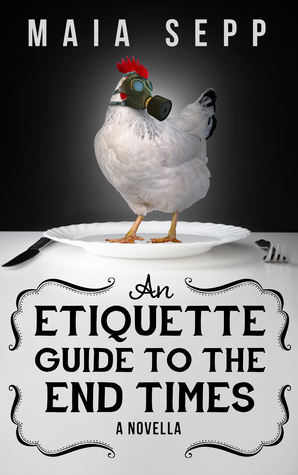 BLURB from Goodreads
Good manners never go out of style…do they?There aren’t any zombies (yet), but the world is still at the brink of destruction: It’s 2028 and global warming has led to rising oceans, crazy weather, and resource scarcity. On top of that, someone just turned the Internet off. Seeing as how it’s humanity’s last chance to turn things around manners are, understandably, a bit frayed. Bookish etiquette buff Olive O’Malley is busy micro farming her urban property and minding her own business (and her chickens) when the government comes calling. Their goal is to push the populace towards carbon-neutrality while keeping kvetching to a minimum, and they come with a proposal: transition Olive’s popular etiquette column to a radio show for the masses, and they’ll help Olive find her grandfather, who’s gone missing.Olive doesn’t trust the hipster government officials who try to bribe her with delicious-but-probably-a-little-evil chocolate pastries, and declines their offer. (Politely, of course.) But they won't take no for an answer, and soon Olive is knee-deep in turmoil, eco-terrorism, and missing chickens. Now she has to untangle herself from their demands and figure out how to make sure her family (and her poultry) are safe before it’s too late.

Link to My Review 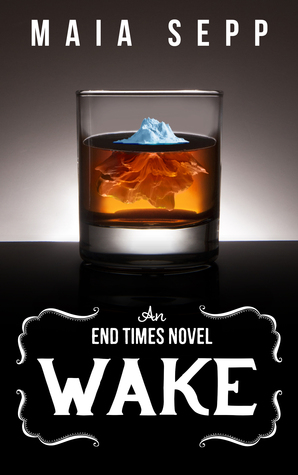 BLURB from Goodreads
It’s 2020, and there’s an environmental crisis brewing in the depths of the Greenland ice sheet that’s a threat to everyone on the planet. But California girl Camilla Brightly is an expat just trying to make a buck, working for a PR firm that specializes in raising public awareness about their clients’ products, even ones like eco-friendly bouncy castles and almost-vegan honey. Their most recent project? Everyone on staff has to get their “domestic helpmates”—anything from dishwashers to disco balls—networked via a new client’s “smart” home automation system. Camille doesn’t want Big Brother knowing that the only thing in her freezer is the makings for a vodka smoothie, but that’s not the worst of her problems.A hacker intent on taking down one of her firm’s customers stumbles across a secret Camilla didn’t even know she was keeping, and her refrigerator turns out to be so smart it’s figured out how to stalk her. Global warming has reached a tipping point—and so has Camilla. She can’t stop the impending apocalypse but can she save herself?With the help of an adorably nerdy co-worker and his polyamorous cousin, Camilla has to try to untangle herself from her less-than-harmonious home, foil a blackmailer, and face down an ecological disaster that might change life as she knows it forever. “Wake”—the prequel to “An Etiquette Guide to the End Times”—is a novel of climate change, unruly appliances, and finding a place to belong. 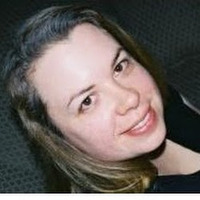 Maia Sepp is an author of humorous contemporary and dystopian fiction. She left the tech sector to write about sock thievery, migraines, the future, and...the tech sector.Her latest is a humorous near-future dystopian novella, titled, "An Etiquette Guide to the End Times," available now!"The Sock Wars" is her debut novel. The first chapter of "The Sock Wars" was published as a short story/novel excerpt titled "Irish Drinking Socks," and became a Kobo bestselling short story. "The Sock Wars" has been a top-100 digital bestseller on Amazon, Barnes and Noble, and the iBookstore, as well as a genre and Writing Life bestseller on Kobo. It is available in print and ebook formats.Maia's second novel is "The Migraine Mafia," a story about a nerdy thirtysomething's quest to come to terms with a chronic illness. It is available online everywhere in print and ebook formats. It has been a genre bestseller on Kobo.
Find Maia online at www.maiasepp.com