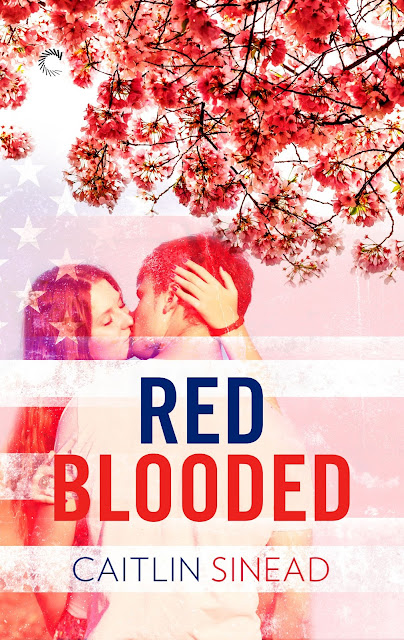 BLURB supplied by Inkslinger PR
Instead of eating ramen and meeting frat guys like most college freshmen, Peyton Arthur is on the campaign trail. Traveling with her mother, the Democratic pick for vice president, she’s ordering room service, sneaking glances at cute campaign intern Dylan and deflecting interview questions about the tragic loss of her father. But when a reporter questions her paternity, her world goes into a tailspin.

Dylan left Yale and joined the campaign to make a difference, not keep tabs on some girl. But with the paternity scandal blowing up and Peyton asking questions, he’s been tasked to watch her every move. As he gets to know the real Peyton, he finds it harder and harder to keep a professional distance.

When the media demands a story, Peyton and Dylan give them one—a fake relationship. As they work together to investigate the rumors about her real father and Peyton gets closer to learning the truth, she’s also getting closer to Dylan. And suddenly, it’s not just her past on the line anymore. It’s her heart.

With the flood of more people outside of the Wawa, and even more phones attached to Instagram and Pinterest and god knows what else, there isn’t time to think. There’s only time to act.
I brush against Dylan, fear gurgling in my stomach. What if he doesn’t get it? What if he doesn’t want to play along?
“Dylan, promise me you’ll keep looking at me as I say this.”
His eyes dart up. “What?”
“Just, don’t look anywhere else,” I say, as I approach him, our bodies almost touching. “People recognized me.”
He jitters, about to look around, but he stops himself. His attention is all on me. “Yeah,” he says, voice low.
“Remember how you told me that in politics we need to make the story our own. Make it something positive?” I close the gap between us, my body pressing against his. He stiffens, but only at first, then his breaths grow deep.
He nods. “Yeah.”
“This is me making my own story.”
My palms glide over his knuckles. I press down on his wrists to help leverage myself up as I stand on my tiptoes. I bring my face closer and closer to his, until our lips touch. I move, but barely, running my mouth along his. His mouth opens, and together, our breaths connect.
We stay there, not moving past the lip-touching, until he lowers his head. His hands fly around my hips. He pulls at me, pressing my belly into his pelvis as his lips come down hard. His tongue slips into my mouth, tender and curious. I reach my hands around his neck, pressing my breasts against him. His right hand reaches just under the back of my shirt, and his fingers press against my lower spine as his left hand scoops my neck, ensuring my mouth stays with him. Ensuring our tongues and lips can stay together, caressing and connecting. His thumb rubs against the sensitive part under my ear. I arch my back as he holds me close. I’m ready to relinquish everything to him.
Just as I’m wanting his hands to skid all over me, just as I’m wanting his mouth to never leave mine again, he draws back. He looks down and swallows. I hold on tighter as his hands glide to my upper arms. We’re both catching our breath as we stare at each other.
Then he looks to the crowd that I realize, belatedly, has been joyously catcalling from the Wawa doors. He leans to the side of me that they can’t see. His warm breath blows against my ear.
“That was just for show?” he asks.
I mumble something and try to nod my head. Up. Down.
“Okay.” He lets me go and climbs into the driver’s seat faster than I thought possible. Especially now. My legs feel like Jell-O, my mind feels like something even less solid than Jell-O. I look up in a haze. He opens the door a sliver. The familiar, gruff, Dylan voice is back. “You coming?”

Caitlin Sinead is represented by Andrea Somberg at Harvey Klinger, Inc. and her debut novel, Heartsick, is available now from Carina Press. Her writing has earned accolades from Alfred Hitchcock's Mystery Magazine, Glimmer Train, and Writers & Artists, and her stories have appeared in multiple publications, including The Alarmist, The Binnacle, Crunchable, Jersey Devil Press, and Northern Virginia Magazine. She earned a master's degree in writing from Johns Hopkins University.