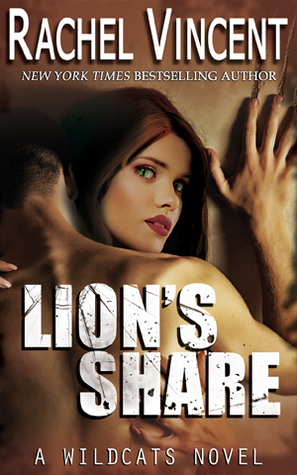 BLURB from Goodreads
Abby Wade has a dangerous secret.Two months ago, she disobeyed an order, but instead of kicking her out of the Pride, Jace offered her a job. Since then, she’s been battling a completely inappropriate crush on the young, hot Alpha. But when accepting his job offer seems like the only way to keep her skeletons safely in their closet, Abby doesn’t hesitate. Jace Hammond has a big problem.A rogue is slaughtering humans in his territory, and he must eliminate the threat before the entire shifter species is exposed. There could not be a worse time for Abby to accept a job he only offered as a boost to her confidence. Abby is smart, beautiful, and resilient—more than enough to distract any man from the mission. Unfortunately, she may just be the worst enforcer ever to hold the title. As they hunt the killer, Abby’s secret becomes a threat to Jace’s authority and to her own life. But the real danger is the grip she has on his twice-shy heart.

INITIAL THOUGHTS
As I totally adored the Shifters Series by Rachel Vincent, it was a no-brainer that I would definitely want to read this spin off series. I consider myself as a Rachel Vincent Shifter Series fan so to say I have high expectations for the Wildcats series is a bit of an understatement!

FINAL THOUGHTS
Oh wow! Oh Jace! Oh Abby! Oh Rachel Vincent I soooo loved it! What an ending! An ending that hints at many new beginnings! A catch up with older favourite characters from the Shifter's Series. Further introductions and a more in depth look at some lesser known character from the Shifter's Series, as well as meeting some new characters too. I am wholly captivated by this series already and super enthusiastic to read more and more!