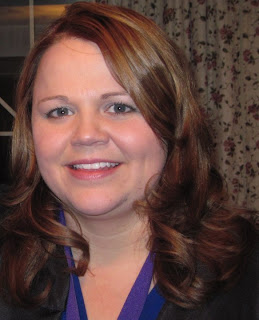 What is your name, where were you born and where do you live now?
My name is Liesel Hill. I was born in Orem, Utah and, though I’ve changed towns quite a bit, I’ve lived in Utah my entire life. Currently I’m in Ogden which is in the northern part of the state.

What is the name of your latest book, and if you had to summarise it in less than 20 words what would you say?
My current release is called Persistence of Vision, Book 1 of Interchron. My summary would be: In a world where individuals are hunted, Maggie must preserve the freedom of humankind, but without the aid of memories.

Who is your publisher? or do you self publish?
POV is being published by Tate Publishing, a small Christian press based out of Mustang, Oklahoma. The historical fiction I mentioned earlier (entitled Citadels of Fire) is being put out by Jolly Fish Press, who are based out of Provo, Utah.

How long does it usually take you to write a book, from the original idea to finishing writing it?
I have more writing time now than I used to, but if varies greatly for me, just depending on how long each day I can devote to writing. I’d say between six months and a year. I include in that not only the actual writing, but the formation of the idea, the editing, etc. Sometimes, even with a detailed outline, things change. Things need to percolate. It takes time.

Which of your books were easier/harder to write than the others?
Citadels of Fire was definitely the most difficult. That was the first full-length novel I wrote. It’s about getting used to the writing process. It’s about making yourself do something you aren’t completely comfortable with yet. Once you’ve got one book under your belt, the act of writing comes a lot more easily.

What can we expect from you in the future?  ie More books of the same genre? Books of a different genre?
As I said, I’ve got a historical fiction coming out in September. I’m nearly finished with Book 2 of Interchron but I don’t have an estimated release date on that one yet. I’m also have a crime thriller coming out from Jolly Fish Press in 2014 entitled The Botanist. And I’m just starting to plan a high fantasy series that involves dragons. So, as you can see, I tend to work on a lot of projects at once.

Do you have anybody read your books and give you reviews before you officially release them?ie. Your partner, children, friends, reviewers you know?
I have a wonderful critique group. We reach each other’s stuff chapter by chapter and give each other all kinds of advice—from line edits to characterization, story continuity and plot tips. I would not be the writer I am today without my group. I also have an uber-supportive family. I’m not married but my father and brothers especially are always eager to read my next thing and call dibs on who gets it first.

Do you gift books to readers to do reviews?
Yup. Most definitely.

Do you read all the reviews of your book/books?
So far, yes. That’s mainly because this is my debut novel and most of the reviews I’ve gotten so far have been from family members or from people I’ve asked to do reviews for my blog tour. It would be kind of silly for me not to read them. I’m not someone who’s neurotic, though, and will read every review that gets posted on Amazon or Goodreads.

Would you ever ask a reviewer to change their review if it was not all positive about your book/books?
Absolutely not. Writing is subjective. In fact, I’ve been told it lends credence to your book to have a few reviews that are, if not bad, at least not glowing. If you have twenties five-star reviews and half the reviewers share your last name, well, let’s just say readers know that trick and will steer clear.

Do you decide on character traits (ie shy, quiet, tomboy girl) before writing the whole book or as you go along?
For the main characters, I definitely decide before. I figure out personalities, ticks, quirks, physical reactions to show emotion, etc. I don’t feel like I can bring out the character as I write them if I don’t know those things.

Do you basic plot/plan for your book, before you actually begin writing it out? Or do you let the writing flow and see where it takes the story?
I’m more of a plotter than a pantser. If I think of a new direction to take something while I’m writing, I’m very open to that, but I have to have some idea where I’m going with the plot or else I’ll stare at my computer screen for hours. Incidentally, that’s the fastest way to get my finger and toenails painted. :D

How do you market/promote your books?
Mostly online. I have my blog, I’m doing a major blog tour, I’m active on Twitter and Facebook, I go to vendor fairs to sell them, and try to get signings with local retailers.

What do you think makes a book a really good/bestseller ?
I don’t think there’s any one secret. The writing has to be stellar. There has to be something in it that appeals to people’s passion in some way, whether it’s passionate love, the passion to survive, to succeed, to solve a mystery. People like to have something to obsess over. It gets their adrenaline pumping. Beyond that, it’s anyone’s guess why one books succeeds where others fail. I will say that marketing and positivity go a long way.

Do you think books transfer to movies well? Which is you favourite/worst  book to movie transfer?
Sometimes. As technology evolves, Hollywood is getting better at movie/tv adaptations. Of course the Harry Potter movies were splendidly done, and I think HBO is doing an amazing job with George R.R. Martin’s A Song of Fire and Ice series. But for every success there’s two or three terrible ones like Eragon or various ‘90s versions of the classics that actually did a disservice to the film by being made.

Is there a book you know you will never read? Or one you tried to read but just couldn't finish?
I’ll never pick up Fifty Shades of Gray. It’s not something I’m interested in reading. I’ve actually read excerpts and, based on what I read there, I don’t now nor ever will I want to read more. I’m not into erotica anyway, but specifically with this book, I just don’t understand the appeal.

If you could invite three favourite writers to dinner, who would you invite and enjoy chatting with?
Ooh that’s hard! Only three? I think I’d go with Robert Jordan, Joseph Conrad…and Ralph Waldo Emerson. I wouldn’t eat a thing!