ABOUT THE AUTHOR - BARBARA MORGENROTH 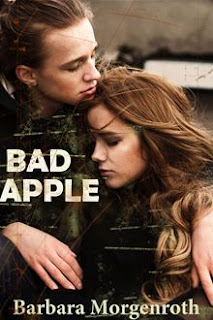 A little about the Author


Barbara was born in New York City and but now lives somewhere else. By now, she thinks of herself as a country girl and knows more about gardening and animals than how to ride the subway.

Starting her career by writing tweens and YA books, (and did the cover photography for her first two books published by Atheneum so continuing to do the covers to her ebooks is predictable), she was actually aiming at the small screen. Television seemed like the perfect place for her even if she had no clue how to get there. Life is funny and often presents opportunities. Advice--Grab Them! Through a neighbor, Barbara wound up getting an introduction to a lower honcho at ABC and an audition to write for them. Her hopes were more than dashed, they were disintegrated, evaporated, demolished when ABC couldn't find a place for Barbara on General Hospital. (No Luke and Laura in her future!) To ease the crushing disappointment, Barbara wrote “In Real Life I'm Just Kate” about a 17 year old girl who becomes a star on a soap opera. That became an open sesame moment and shortly thereafter Barbara became the last headwriter for NBC's daytime serial, The Doctors, where she was ordered by the network to kill Alec Baldwin, shooting him not once but twice. With two different guns. From different directions.

You can read the book that started Barbara’s television career as the Kindle YA ebook, “Just Kate”, now with a substantial tweak because living life made her smarter.

You can also read about some could-be-hers-could-be-rumors experiences gleaned during Barbara’s stint in daytime television in the Kindle romantic comedy, In Under My Head.  Barbara is a recipient of a Writers Guild of America Best Writing Award for her work on One Life To Live.

Whether you're looking for a Mature YA or a romantic comedy, Barbara has a book for you!