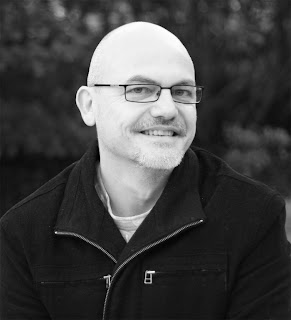 A little about the Author before the Interview!

Kevin lives with his long-term partner in their humble apartment (affectionately named Sabrina), in Australia's own 'Emerald City,' Sydney.

He calls himself a bit of a 'media tart,' having worked both professionally and voluntarily in television, radio and online. His longest running passion is a weekly radio program he and his partner, Warren, produce for local Aboriginal and Torres Strait Islander station, Koori Radio. Since 2005 they have been discovering music, both new and old, and interviewing local artists and community leaders. Every Saturday night, the Rhythm Divine is heard across Sydney and via the world wide web.

From an early age Kevin had a passion for writing, jotting down stories and plays until it came time to confront puberty. After dealing with pimple creams and facial hair, Kevin didn't pick up a pen again until he was in his thirties. His handwritten manuscript was being committed to paper when his social circumstances changed, giving him no time to write. Concerned, Warren snuck the notebook out to a friend who in turn came back and demanded Kevin finish his novel. It wasn't long before Kevin's active imagination was let loose again.

Kevin is currently at work on the sequel to Drama Queens with Love Scenes.

What is your name, where were you born and where do you live now?
Kevin Klehr. I was born in Melbourne, Australia; grew up on the Gold Coast in my teenage years, and moved to Sydney when I was in my early twenties. I’ve been here ever since.

Did it take a long time to get your first book published?
Forever. Actually, more like five years. When I thought it was ready, it made the rounds to every possible publisher imaginable. I had countless rejections. One publisher who showed interest gave me a very dodgy contract which diminished my royalties and wanted me to ask permission before I wrote anything else. Once I started asking questions about the contract, that publisher dropped me like a hot potato.
The only reason I found my current publisher was because I was looking for a self-publishing service in the USA. My original UK self-published version was expensive to import into Australia, and as I studied my options, I stumbled across two publishers who hadn’t had the pleasure of rejecting my manuscript. Fortunately one of them, Charles River Press, offered me a contract.

Do you work another job as well as your writing work?
At the moment I work part time in another job. If I play my cards right, hopefully my writing will become my career.

What is the name of your latest book, and if you had to summarise it in less than 20 words what would you say?
Drama Queens with Love Scenes – A tale of desire and dead people.

Do you have plans for a new book? Is this book part of a series?
The sequel, Drama Queens with Adult Themes, is waiting to be resurrected for its third draft. I haven’t looked at it for over a year. I have some new plot twists jotted down for it, and can’t wait to rework it.

Do you have a certain routine you have for writing? ie You listen to music, sit in a certain chair?
My dining room is my writing room. The laptop sits where I can look out at the world outside, and I burn a citrus scented candle.
I begin my writing day by reading out loud the last scene I wrote. This allows me to finesse the writing, see if there are any mistakes, or notice if something I’ve explained isn’t clear.

How do you come up with the Title and Cover Designs for your book? Who designed the Cover of your book?
When I originally self-published the book, I snapped a friend of mine for the front cover and photo-shopped angel wings onto his back. Even though Guy, the angel, is not the main character, I felt that from a marketing perspective, an angel would help people notice the cover.
My publisher gave me a talented graphic designer named Laurie McAdams. The lovely man on the cover is a stock image I found which Laurie worked hard to turn into an angel. The ideas for the cover are mine, but the hard work and artistry are hers.

Do you basic plot/plan for your book, before you actually begin writing it out? Or do you let the writing flow and see where it takes the story?
A bit of both. Long ago I read a book on writing novels, which said that if you start writing without the plot being mapped out, your story will be confused and go nowhere. I had already started writing, so I mapped out the plot. This killed creativity.
Since then I’ve learned how to do it, and that it doesn’t have to be the final blueprint.

Have you ever suffered from a "writer's block"? What did you do to get past the "block"?
Normally I don’t suffer from writers block, but when I do, I really can’t get past it. The other thing I’ve learned about myself is that the moment I walk outside to hang out the laundry (or take myself away from my laptop for any other reason), clever dialogue or a better plot twist enters my head out of nowhere.

What do you do to unwind and relax? Do you have a hobby?
My partner and I present a community radio program called The Rhythm Divine, which we’ve been producing since 2004. - http://www.facebook.com/pages/The-Rhythm-Divine/267773806939 - We’re told we have a cult following, and each week labor over our playlist and publish it a day before we go to air. We can be heard 6pm Friday evenings (Sydney time) on air and streamed at Koori Radio.

Have you ever based characters on people you know or based events on things that have happened to you?
In this book, two characters are loosely based on real people. Maudi, the 19th Century British stage actress, is a name taken by an actress working at London’s Gaiety Theatre in the same era. The original Maudi is not as old as the one in my book.
A reoccurring minor character is the songstress at the featured nightclub in the book. Nellie Small was an Australian Drag King who was around in the 1930s. From reports, she had beautiful dark skin but kept her ethnic origins secret. This air of mystery had many guessing at the time.