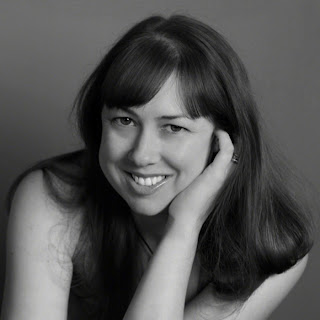 
Lindsay Pryor’s my real name. The ‘J’ is in memory of my late dad. He was the only person who used to call me by my middle name. I lost him to a rare and aggressive form of cancer a few years ago so he never saw me realise my dreams of becoming published.
I grew up in South Wales. I now live across the water in the South West of England with my husband and our house rabbit.

Do you work another job as well as your writing work?
I teach children with special needs. My sister has autism amongst a plethora of other challenges so it seemed inevitable that I’d veer that way in my teaching career.

How long have you been writing? And who or what inspired you to write?
I’ve been writing for over thirty years. I was basically inspired by the need to spill what was in my head onto paper. I write first and foremost because I need to and because I love the writing process.

What is the name of your latest book, and if you had to summarise it in less than 20 words, what would you say?
Blood Shadows. Dark. Dangerous. Sexy. Intense. And, if all the reviewers and readers are right, with twists and turns impossible to predict.

What genre would you place your book into?
I write dark paranormal romance set in an alternative reality with a contemporary and urban feel. I emphasise the term ‘dark’ and not just because of the dystopian setting – I deal with an undercurrent of discrimination, segregation and prejudice. My books are also dark in terms of sexiness and skirt close to the edge, so they are definitely not for the faint-hearted or for anyone who is easily offended.

What made you decide to write that genre of book?
I’ve always written within the speculative fiction genre. The first story I can remember writing was science fiction. I was 9. I wrote my first paranormal romance when I was 17 because I couldn’t find one in my local bookshops. Over the years, I’ve dabbled in horror and supernatural thrillers but the romantic elements kept coming out. I’d been developing the Blackthorn series for 16 years before finding the self-belief that someone might actually want to read it, let alone publish it.

Who is your publisher? Or do you self-publish?
My publisher is Bookouture, founded by ex-Harlequin UK marketing controller, Oliver Rhodes. I was discovered through the Mills and Boon New Voices writing competition where I was a finalist for two consecutive years with two of the Blackthorn series. I was approached back in the summer by Bookouture who offered me a three-book deal.

Who designed the cover of your books?
My book covers are designed by Henry Steadman. He took on the whole Blackthorn project including the typography, the Blackthorn crest, the backdrops as well as selecting and photographing the models. I was thrilled to have him agree to take on the Blackthorn books because he’s super-talented and has worked on the covers of some prolific authors like Lee Child, Dan Brown, Richelle Mead and Karen Rose. I was really overwhelmed when I saw all the design for the first time. I think he’s done a fantastic job.

Do you have plans for a new book? Is this book part of a series?
Blood Shadows is part of the Blackthorn series. Blood Roses, book two, is out in the Spring, and book three will be released in the Autumn. The series doesn’t end there though!

How do you come up with characters’ names and place names in your books?
They just appear. I know it sounds bizarre but names come into my head while the characters talk to each other. I’ve had one or two secondary characters’ names not fit so I changed those, otherwise I guess my characters come prepared!

Do you decide on character traits (ie shy, quiet, tomboy girl) before writing the whole book or as you go along?
I have a fairly good idea who they are but I don’t get to know them fully until they start interacting with each other on the page. My characters grow constantly until the book is finished, so up until the last page they can surprise me. I think that’s why my books have so many unpredictable twists and turns – I’m not always sure what they’re going to do!

Have you ever based characters on people you know or based events on things that have happened to you?
I have included a couple of personal experiences in my books. In Blood Shadows, Caitlin gets glass through her foot. That happened to me years ago and I can remember sitting in A&E making notes about the pain to use in a story at some point. When I had in removed, in between nearly passing out, I noted all of that too. I’ve had a few operations over the years, so I have been caught lying in a hospital bed noting the effects of anaesthetic. That came in useful for Leila in Blood Roses. Apart from those, my stories are never about events that have happened to me, but I do use emotions I’ve experienced. And no, I have never based a character on someone I know, nor do I ever plan to, so all the rest is 100% the joy of writing fiction.

Do you read all of the reviews of your book/books?
At the moment I do – as long as I know where to find them. I do get anxious about reviews, but I’m hoping that will ease with time. It’s my first book so inevitably I’m hoping to make a good impression or my career could be over before it starts! Despite anxieties, I think it’s important as a writer to pay attention to what readers are saying.

What was the best review you have ever had?
I’ve had some fantastic reviews from readers and reviewers, so I don’t think I could pick just one. Amongst my favourites have been those that have shown a genuine emotional reaction to the story or my characters. And I’m always flattered by the compliments of my world-building and technical skill. I also appreciate reviews that read between the lines and pick up on the themes and issues that lurk beneath the surface of the stories.

What can we expect of you in the future? Ie More books of the same genre? Books of a different genre?
I still have lots of exciting plans for the Blackthorn series so that will dominate my time for the immediate future. My heart will always be in PNR but I wouldn’t rule out writing contemporary as long as it stays dark and sensual.

Are there any hidden messages or morals contained in your books?
Absolutely. Discrimination, prejudice, segregation, judging others, making assumptions – they all play a role. I believe passionately in the uniqueness of every person so I have real issues with stereotyping and prejudging. I also explore what constitutes moral and immoral, good and bad, and who has the right to pass judgement over those things.