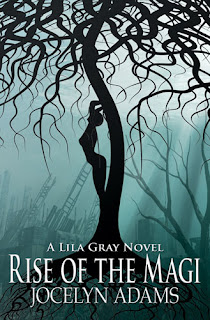 In a battle of wills, who is strongest? The one who hates or the one who loves?

In a test of faith, who will fight the hardest? The one who has everything to lose or the one who believes only in herself?

For Lila Gray, the answer is both.

For the Magi, the questions are pointless since they can’t lose, and they’ve been waiting since before Lila’s birth for this one moment.

Lila only needs to find them to understand her entire purpose in life.

This time, though, instead of protecting her people, Lila may be leading them all, including her unborn child and the man she loves, to their deaths — and not by accident.

In the ultimate trial of heart and soul, and the conclusion to the Lila Gray series, Lila will learn that the greatest weapon of war is herself, with one ultimate unknown.

For which side will she fight?

Other Books in this series include:
The Glass Man (#1)
Into the Unknown Anthology - Tempted (#1.5)
Shadowborn (#2)