ABOUT THE AUTHOR - D.L. RICHARDSON 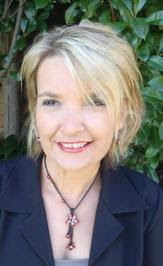 D L Richardson was born in Ireland and came to Australia with her parents as a baby. She went to a public school in Sydney's western suburbs and the books she read were given to her or borrowed from the library. However it was music that first captured her creative interest.

​She joined the school choir at age eight and got her first acoustic guitar at age ten, although she really wanted a piano. In high school she took up lead vocals after the girl she was to sing a duet with failed to show up. After that she told her stage fright to get lost and took up singing with the school band where she performed in many concerts. When she left school she helped form her own rock band where she sang lead vocals, played bass guitar, and wrote all the lyrics. At age 26 she realized she wanted to write novels for the rest of her life or die trying so she sold her equipment, quit pursuing a music career and began writing instead.

​She has two young adult novels published, "The Bird With The Broken Wing" and "Feedback" and is currently writing her third novel "Little Red Gem".

​She lives in Australia on the NSW South Coast with her husband and dog. When she's not writing or reading she can be found playing her piano or guitars, renovating the house, or walking the dog.