Hello Kristy, welcome to my blog, can we start by you telling us a little something or two about yourself, ad then I will go on to feature your books too?

I started writing stories that I kept hidden under my bed at age 8. That means I’ve been writing for more than forty years, but I’ve been doing other stuff as well. I went to school, was editor of my high school newspaper, went to BYU and BYU’s International Center in London where I studied English Literature; I got married and had babies (six of them.) I both took and taught piano lessons. Although I’m a homebody, I also love to travel and the list of places I’ve visited is so long it’s boring. Currently, I live in California, but I grew up in Washington, attended school in Utah and London, and spent two years in Connecticut.

I’m extraordinarily lucky. My second novel placed fifth in an international writing contest. My fourth novel was a quarter-finalist in the Amazon Novel Breakthrough contest. My fifth novel, Stealing Mercy, placed second at the LDS StoryMaker’s First Chapter contest, historical category and is now available on Amazon and most electronic readers. I’ve also published two other books, A Ghost of a Second Chance, and the Rhyme’s Library. Soon, I’ll publish Hailey’s Comments, the book that was a quarter-finalist in the Amazon contest.

Because I’ve been writing for so many years and been so many places and done so many things, I will always have something to write about it. Most will stay beneath my bed, but some of it I’m happy to share with the world. 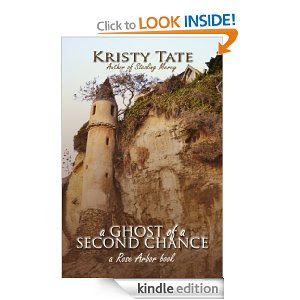 BLURB from Amazon.co.uk
An eastern wind carries more than dust and ashes; it uproots secrets and everyone knows that once one secret is told, no secret is safe. Laine’s haunting secrets--the estrangement from her husband—the unknown body laying in her grandfather’s coffin—the sudden and strange appearance of a difficult ghost—take her to the tiny town of Rose Arbor, her grandfather’s hometown and the place of her grandmother’s death.As Laine unravels the mystery of her grandparents’ marriage she is forced to face one more question of the heart—Can love live even after it has died?Available from Amazon.co.uk 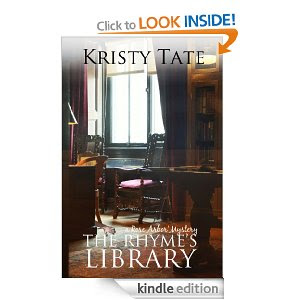 BLURB from Amazon.co.uk
Crazy Aunt Charlotte is missing again. Blair Rhyme, Rose Arbor’s young librarian, doesn’t bother to check Charlotte’s regular haunts -- the Veteran’s of Foreign Wars lodge, the Four H-Club, or the bins behind Milton’s Fish shop – because Charlotte is dead. Blair discovered her body amongst the boxes of what-nots and whatevers in the library’s basement. Unfortunately, when she returns to the library with the police Charlotte is missing. Again.
Desperate to prove that she doesn’t share her aunt’s mental illness and that Charlotte really has been murdered, Blair tangles with a former lover, a disturbingly handsome stranger and a wacky cast of Rose Arbor characters.At first Blair tries to dismiss the skin-pricking sensation of being watched, but as small disturbances grow increasingly threatening, she must confront the enemies, real or imagined, that drove her aunt to madness and death in the Rhyme’s Library. 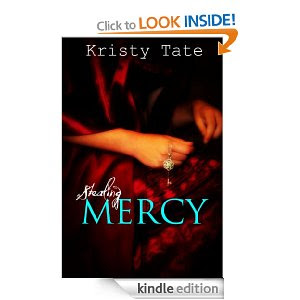 BLURB from Amazon.co.uk
A girl disguised as a boy.A villain with a brothel to fill.A hero wondering why he’s in love with a lad in breeches.Serving murder, mayhem and pies, Stealing Mercy is a romantic adventure set in 1889—on the eve of the Great Seattle Fire, when more than a city is set on fire.After a night of terror, Mercy Faye flees New York. Disguised as a boy, she sets sail for a new life in Seattle, but her nightmare, Mr. Steele, follows close behind. Armed with only her chocolates, laced tarts and wits, Mercy sets out to destroy Mr. Steele and his Lucky Island brothel.Trent Michaels is searching for his missing cousin. He can't afford complications - or romance - yet, at every turn he finds Mercy Faye. The night before the Great Seattle Fire of 1889, flames spark between Mercy and Trent leaving the life they know and the city they love in ashes.Their story reaches forward through time to Bette Michaels, a genealogist, struggling with grief after the sudden death of her husband. Although generations apart, as Bette unravels Mercy's story, she learns that a life can be rebuilt - even after everything is lost.Through Mercy, Bette discovers that sometimes the only way to find happiness is to steal it.