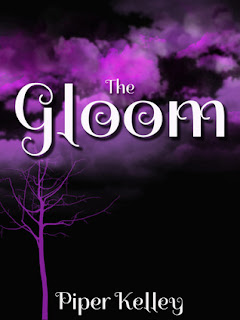 BLURB from Goodreads
As a lazy summer evening comes to a close, Poppy finds herself out by the hollowed out tree in her backyard, avoiding the ire of her stepmother for an incident that occurred while Poppy was babysitting her little sister. All her life Poppy has had questions about her real mother, who disappeared when she was an infant. She gets an unexpected answer when an ill-tempered pixie captures her and takes her through the tree and into Winsome, a magical kingdom that is suffering from a powerful and evil force known as the Gloom.

Did you always want to be a writer?
Yes, always.  My desire to write started in the first grade, when I wrote my first story called “The Breakdancing Turtle”.  My backup dream career was to be a Rockette, but alas, I was considered too short.

Do you have a favorite out of the books you’ve written?
Out of the trilogy, The Doldrums was my favorite, both to write and to read.  I think I became a little more comfortable with my writing style after the first book, and most of the storyline flowed easily from my mind into the book.  There’s a lot of fun in the second book: the goblin shopkeepers with poor eyesight, the two main characters dressing up as goblins and trying to imitate them, a huge network of caves filled with something interesting in every room.  It was fun to imagine it, and fun to write. 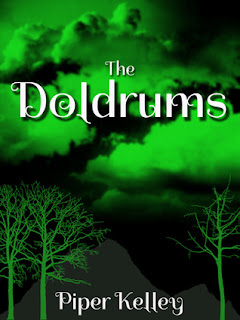 BLURB from Goodreads
Over the past year Poppy has made many trips back into Winsome, catching up with the friends she’s made. On the anniversary of her first visit to the kingdom, a gala is cut short when Augusta’s aide, Benny, is found gruesomely injured, and Poppy’s friend, Annie, has been abducted and taken into the mysterious goblin caves known as the Doldrums. Poppy decides that she must travel into the elaborate mountainside maze to rescue her friend and halt the efforts of an old adversary.

Do you have a favorite character from your books?
Gus is probably nearest and dearest to my heart.  He wasn’t supposed to have such a significant role in the trilogy, but I loved him so much that I found myself giving him more and more time in the spotlight, despite being only able to say his own name.  He’s just such a fun guy to write about.

How do you come up with the title/cover designs?
The title for the first book just came from the setting.  I imagined this magical world being held captive by this evil presence, and calling it “The Gloom” sounded dark and ominous enough.  The rest of the book titles came about through word play, thinking of other words that have the same intent as “gloom” or “gloomy”.
As for the cover designs, my husband helped out with that, creating the clouds on each of the covers and then shading each one differently to make them look unique, but all part of the same storyline.

Do you have a basic plot/plan for your books before you actually begin writing them out?
I try to go into each book with an outline or premise in mind, but in a lot of cases the characters kind of drove the story in a direction I was not anticipating.  Having an idea in mind definitely helps, but it’s better to not be so restrictive.  None of the books came out exactly the way I had planned, but I think they’re better because of it.

Have you ever suffered from writer’s block?  What did you do to get past the block?
I have had writer’s block.  I’m sure every author has.  Generally I have a few different stories in mind when I’m writing, so if I get stuck sometimes I will set a story aside and work on a different one.  But if I’m really struggling I found that it helps to go back in the story and see if I can pinpoint where I wrote myself into a corner.

Have you ever based characters on people you know?
Daisy, Poppy’s little sister, is based entirely on my own daughter.  They’re both fearless, funny, and mischievous little girls.

What can we expect from you in the future?  More books of the same genre? Books of a different genre?
I have a new middle grade book in progress, still in the fantasy genre but with a different twist than The Gloom Trilogy.  I’m also working on a young adult novel about a girl named Frankie who gets to explore a creepy old hotel on an island on the coast.  They’re still both in very early stages, so we’ll see where they go from here. 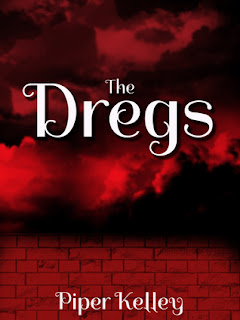 BLURB from Goodreads
Since her first adventure into Winsome, Poppy has encountered magic and power greater than she had ever imagined. But, what will happen when evil finds its way into the human world? In this exciting final installment of The Gloom Trilogy, Poppy finds herself in the Dregs, a run-down industrial park with danger lurking around every corner. Somewhere hidden in this wasteland of factories and warehouses is an old foe of Winsome, who has eluded her twice before. Here, Poppy must put an end to this terrible force for once and for all, before both Winsome and the human world fall victim to her enemy’s dreadful magic.
Posted by Jeanz xx at 10:00