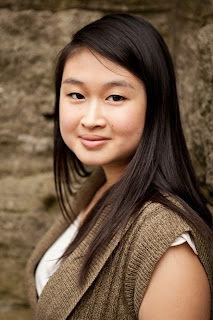 1. Did you always want to be a writer? If not what did you want to be?
I've wanted to be a writer since I was about twelve years old, though for the majority of the time since then, I've imagined myself doing something else in addition to writing. I still hope to do that, but I'm still figuring out what that will be! :)

2. Did it take a long time to get your first book published?
I guess that depends on when you start counting! ;) If you start from the moment twelve-year-old me got the idea in her head that becoming a Published Author was on her List of Things to Do, then it took a good seven years for that first book sale. If you mean from when I started writing the book that became WHAT'S LEFT OF ME to the sale of The Hybrid Chronicles, then about two years, which I guess isn't that long ;)

3. What is the name of your latest book, and if you had to summarise it in less than 20 words what would you say?
My debut book is called WHAT'S LEFT OF ME and here is is in 20 words or fewer: A 15-year-old girl fights to survive in a world where two souls inhabit each body and one must disappear. Whew! 19 words! WHAT'S LEFT OF ME will release on September 18th of this year. 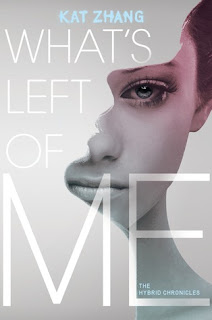 4. Who is your publisher? or do you self publish?
My publisher is HarperCollins Childrens. Specifically, my imprint is Harper.

5. Do you have a certain routine you have for writing? ie You listen to music, sit in a certain chair?
I have certain preferences for writing (I like for it to be very, very quiet and dim, with only one lamp on, if any), but as a university student, it's hard to find any time to write at all, so I end up scribbling down words before and after classes, inputting them into my phone while waiting to meet with a professor, etc. One day, though, I'll get my perfect writing office! :P

6. Are character names and place names decided after their creation? or do you pick a character/place name and then invent them?
I tend to name characters before "creating" them, but sometimes, I end up changing the names if the character that forms no longer fits the original name. This actually doesn't end up happening that often, though!