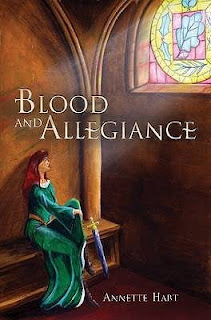 BLURB from Goodreads
This is a fantasy set in the imaginary, medieval style country of Athlandia and aimed at children 10+/early teens. It follows the adventures of Bryony and her friends as she learns more about her family, the rebellion and, ultimately, her heart.Orphaned young, Bryony is brought up in the sheltered community of an abbey. When she turns 14, she is sent to join her cousin, the King of Athlandia, at Court, and the only family she knows. However, she soon learns that the King is not as benevolent as she thought and things in the country are not quite as they seem. When an event occurs that changes her perception of her family, Bryony has to decide where her loyalty and friendships lie.

BLURB from Goodreads
The sequel to "Blood and Allegiance", "Escape and Betrayal" continues the adventures of Bryony, her family and friends in the medieval style setting of Athlandia.Bryony is once more trapped in Kynbury Castle, a captive of her cousin Unwin, King of Athlandia. When Unwin finally reveals his startling plans for her, Bryony is shocked and knows she must escape.An unexpected ally comes to her rescue and together they escape and rejoin the rebels. Bryony begins to create a place for herself in the rebel camp while developing her relationship with Will, the rebel leader and rightful king. However, even back amidst the security of her friends and family, Bryony discovers she is still not safe from the scheming of the King. The rebels put plans together to keep her safe but their camp has already been betrayed. They must fight to escape to the safety of Nordmark, the neighbouring country. 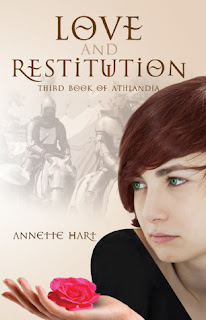 BLURB from Goodreads
This is the third book in the Athlandia fantasy series and finishes the adventures of Bryony.Bryony sets off on a journey back to Athlandia and her childhood home. Joined by family and friends, the rebels spark the fight back against the ruthless usurper King Unwin, hoping to restore Will, their leader and rightful king, to the throne.But, with battle looming, will Bryony find a path to peace... and love? 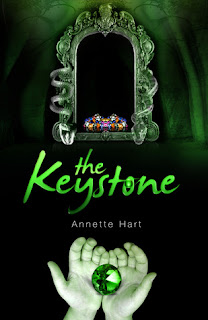 BLURB from Goodreads
This is an Arthurian, fantasy story for children aged 7-9.Sir Bryant's castle is busy with preparations for his eldest daughter Alana's betrothal to one of the Knights of the Round Table. But Keely is sure something is very wrong - maybe magically wrong - with her sister. With the adults busy, can Keely rescue Alana with the help of Evan, making a new friend of him in the process?