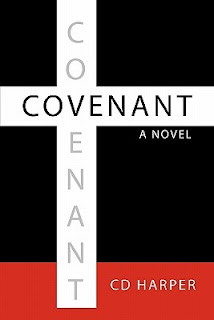 
Imagine a life engulfed by a Civil War that will change everything about the world as you know it, the one your daddy built for you and your son and your son 's son and on into perpetuity, a world built on the promises of slavery but compromised by the ideals of a new nation.
In 1863 Seth Hunter Junior, heir to the Covenant Plantation, is caught between the traditional Southern plantation life and the new life brought on by the Civil War and his love for Sandy, his slave, a gift from his daddy.
Sandy assumes the role of mistress of Covenant Plantation and is treated as if she is more than his slave. Their love for each other is strong and resilient. But when Seth Junior tells Sandy he is marrying a woman who can provide a proper male heir, she explodes. What is their son, if not an heir? What will become of her? This is the impetus, along with the War, that forces Seth Junior and Sandy to face a new world. In this compelling historical novel Seth Hunter Junior and his slave, Sandy, learn the limits to their humanity and the power of a new nation 's will.
Website http://www.cdharperbooks.com
Facebook  http://www.facebook.com/AuthorCDHarper
Goodreads  http://www.goodreads.com/author/show/4683542.C_D_Harper