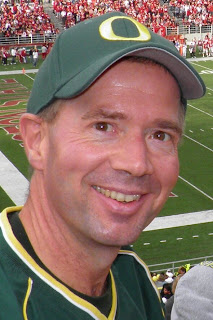 When did you first consider yourself as a "writer"?
When I put a pen to paper in the first grade. I cannot remember a time when I did NOT consider myself a writer. But I did not seriously consider writing a novel until a few years ago, and I did not get around to actually starting one until last summer.

Do you work another job as well as your writing work?
I am a reference librarian at a public library.

What is the name of your latest book, and if you had to summarise it in less than 20 words what would you say?
My debut novel is THE MINE. It is a coming-of-age story that features time travel, romance, humor, adventure, and a glimpse of the Pacific Northwest in 1941.

What genre would you place your books into?
I'm currently marketing it under two: time-travel romance and historical fiction. But it could also pass as general fiction.

What made you decide to write that genre of book?
I did not have a specific genre in mind when I started THE MINE. I intended to write an adventure-filled time-travel story. But halfway through the book, my protagonist, Joel Smith, bumped into a blue-eyed blonde, lost his way, and a romance novel was born.

Do you have a favourite character from your books? And why are they your favourite?
Probably Grace Vandenberg. It was easy to identify with Joel, but Grace was the most fun to draw. She is a walking contradiction: strong but vulnerable, extraordinarily beautiful but humble, and someone who's lived a sheltered life but is not afraid to take chances and defy the norms.

How do you come up with characters names and place names in your books?
I chose from among the most popular names for the given times in the book – 1941 and 2000 – using available Census data. I also tried to pick names that best suited the characters. For example, I named my heroine Grace in part because she was the refined and good-natured daughter of missionaries. I did the same with the names of businesses and establishments. The cities and towns in THE MINE, on the other hand, are actual places in the Pacific Northwest.

Do you basic plot/plan for your book, before you actually begin writing it out? Or do you let the writing flow and see where it takes the story?
I sketched out THE MINE in considerable detail before I started writing and stuck with the basic outline to the end. After I finished the first draft, however, I expanded on chapters and scenes where necessary.

Have you ever suffered from a "writer's block"? What did you do to get past the "block"?
Yes. Often. I've found the best remedy for "writer's block" is a long, quiet walk.

Are there any hidden messages or morals contained in your books? (Morals as in like Aesops Fables type of "The moral of this story is..")
There are no hidden messages in THE MINE, but there are several underlying themes, such as honour, sacrifice, love, and redemption. Throughout the novel, my protagonist is faced with big questions and even bigger decisions. He matures a lot in six months.

Do you think ebooks will ever totally replace printed books?
No. But they will continue to gain market share. Ebooks are with us to stay.

What piece of advice would you give to a new writer?
Just do it. Start writing and do what you can to get published. I had planned to put off my first novel until retirement. Writing requires considerable time and energy. But you never know what tomorrow will bring. Write while you have the stories in your head and the passion to do them right.