Brief bio:
Raine Thomas is the author of a popular series of YA fantasy romance novels about the Estilorian plane, including the Daughters of Saraqael trilogy and the Firstborn trilogy. She is a proud member of Romance Writers of America and is a contributing blogger to The Writer's Voice. When she isn’t planning weddings, writing or glued to social networking sites, she can usually be found on one of Florida’s beautiful beaches with her husband and daughter or crossing the border to visit with her Canadian friends and relatives. 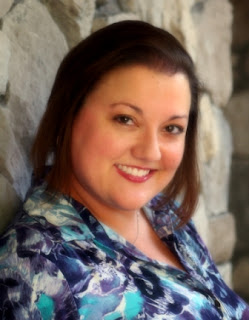 My newest release, a YA fantasy/romance novel, is Defy. It follows 17-year-old Tate on a dangerous adventure across the Estilorian plane, where she unexpectedly finds love.

Do you have a favourite character from your books? Why are they your favourite?
My favorite character to write is definitely Zachariah, a.k.a. “Sparky,” the male protagonist in Defy. He’s a classic antihero, reluctantly serving as Tate’s savior when he’d rather avoid her (and everyone else) altogether. It’s a blast writing from his perspective because he’s not afraid to say it like it is.

Do you choose a title first, or write the book then choose the title?
Typically, I write the book first and choose a title later. Lately, though, I’ve been coming up with some titles that I think might just inspire me to write books to suit them. For example, my attention was caught by a house in my neighborhood with a distinctive front door. The title, “The House with the Red Door” has been bouncing around in my head since then. It makes me want to answer the question, “What’s behind that door?”

What can we expect from you in the future?  i.e. More books of the same genre? Books of a different genre?
My stories to date have all been YA fantasy/romance and trilogies. I intend to venture into other genres, but likely still YA, and I plan to write at least one standalone novel. By the end of this year, my goal is to have the entire Firstborn trilogy released, meaning I’ll have six novels and one short story available for readers.

Do you decide on character traits (ie shy, quiet, tomboy girl) before writing the whole book or as you go along?
I always create detailed character sketches before beginning a story. It’s important to really get to know my characters and get into their mindsets. What motivates them? What’s their history? What are their likes, dislikes, skills and weaknesses? Only once I know the answers to these questions can I really craft their stories.

Do you think ebooks will ever totally replace printed books?
Although there may be a time in the very far future where everything is electronic, I don’t believe that paper books will ever completely go away. There are too many of us who just really enjoy the feel of holding a book in our hands, catching the scent of the book’s pages, and physically flipping to the next part of the story. That’s why my books are all available in e-format as well as paperback format.

What do you think about book trailers?
I’ve had book trailers made for each of my books. While they don’t necessarily make or break a sale for a book, I think they’re a nice marketing element. There’s just something about the visual and audio imagery in a well-done trailer that really sets the stage.

How do you come up with the Title and Cover Designs for your book/books? Who designed the Cover of your books?
I bounce title ideas around with the people closest to me who know the story concept and, in all likelihood, have read the book. Thus far, my titles have all been a single word: Becoming, Central, Foretold, Defy, Shift, and Elder. I typically consider the largest theme of the book and choose the title based on that. As for my covers, they were designed by Devan Edwards of Nimbi Design (http://nimbidesign.wordpress.com/book-cover-design/)…she’s brilliant! 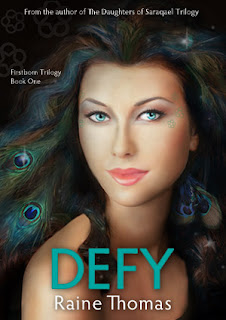