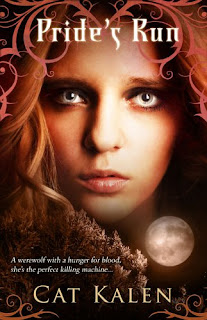 The click of the lock at the top of the stairwell is my only indication that morning is upon me. My ears perk up and I listen for the coming footfalls. The weight on the stairs combined with the creaking of each wooden step will let me know which handler has come for us this time, which unlucky puppet has drawn the short straw and is stuck with letting the dogs out, or in this case, the werewolves.

If you'd like to win an ecopy of Pride's Run enter using the Rafflecopter form on my previous Promotional Spotlight Post!