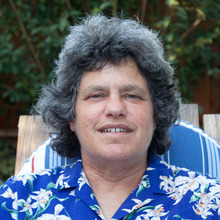 What is your name, where were you born, and where do you live now?


My name is Terri Morgan and I was born in Key West, Florida (USA). My father was in the Navy so we moved around a lot when I was a kid. But I moved to Santa Cruz, California over 35 years ago to attend college, and have been in the county ever since.

Did you always want to be a writer?
Yes and no. As a child I was an avid reader, and thought it would be very cool to write books. I also wanted to be a disc jockey, a detective and the first woman to play professional baseball.

When did you first consider yourself a writer?
During my junior year in college I took a class on science writing. I struggled with my assignments for the first few weeks, then something clicked. At that moment I knew I was going to be a professional writer in one capacity or another.

What is the name of your latest book, and if you had to summarize it in less than 20 words what would you say?
My latest book, and first novel is called "Playing the Genetic Lottery." It's a fictional memoir-style book about a 32-year-old wife and mother who grew up with two schizophrenic parents.

Who is your publisher? Or do you self-publish?
I self-published my novel. Currently it's out as an e-book, and I'm working hard to get the paperback version out. I'm also the author or co-author of eight non-fiction books. Seven of those are for young adults, and were published by Lerner Publishing Company. The other was a photography book that was published by Berkely Publishing.

Do you have a favorite out of the books you have written? If so, why is it your favorite?
My favorite is definitely Playing the Genetic Lottery. It's my first novel, and writing it was truly a labor of love. While I'm proud of my non-fiction books, they're what I would consider to be commercial products. When you're working as a freelance journalist, as I have for over 30 years, you often work on projects that you have a market for, rather than projects you do for fun.

Do you have a favorite character from your book? And why are they your favorite?
Caitlin, my protagonist, is my favorite because she's a fighter who's worked long and hard to overcome her tumultuous childhood and craft a good life for herself. I would not want to be her, however. Her life was too traumatic. I don't think I would have fared as well as she did under her circumstances.

How long have you been writing?
I started writing stories in elementary school, and always enjoyed it. By the time I was in 7th grade I was writing a lot of mostly juvenile fiction for fun. I tapered off in high school, then picked up the habit again in college. I started working as a freelance journalist after college, and have been a professional writer ever since.

Where do you get your book plot ideas from?
I got the idea for Playing the Genetic Lottery from a friend, who told me about a woman she had met who essentially raised her six younger siblings because both their parents had schizophrenia. Up until that point I had no interest in writing a novel. Her comment intrigued me so much that suddenly I was obsessed with creating Caitlin and her world.

How did you come up with the title and cover designs for your book?
I chose the name Playing the Genetic Lottery because schizophrenia has a hereditary component to it, meaning that it runs in families. Caitlin was the only member of her immediate family to escape the disease, and she's terrified it may one day strike one or both of her children. As to the cover, I had a rough idea in mind, and asked my nephew Tyler and his girlfriend, Alejandra, to post for the cover picture. My brother's girlfriend, Katja Coulter, is a very talented graphic designer, and she took my photo and came up with a cover that has generated a lot of compliments. I've been really fortunate to have the support of my extended family with this project.

How do you market/promote your books?
Marketing, for me, is much more difficult than writing. I've been using social media and book blogs to get the word out about the novel. I've also done a couple of radio interviews. Once the paperback is out, I hope to set up book readings at book stores. Once I do I'll send out press releases to newspapers, magazines, and radio stations, as well as to websites for readers.

What do you do to rewind and relax?
When I need a short break from the computer I usually go into the yard and play with my dog, or work in my garden. When I have more time I love to go surfing, hiking, or fossil hunting. I also love taking photographs, and really enjoy spending time with my family and friends.  I also love reading, and generally go through two to three books a week.

Have you ever based characters on people you know, or based events on things that have happened to you?
I've used elements from several different people to create a couple of the minor characters in Playing the Genetic Lottery. And a handful of jokes, events or scenarios from my own life made their way into the novel. For example, my husband and I had a running joke that the president was always Calvin Coolidge, so Caitlin and her husband share the same joke throughout the book. I used name of people and places I've known and loved made their way into the book too, albeit in highly fictionalized ways.

What format of book to you prefer, ebook, hardback, or paperback?
I love them all. I've got a Kindle, which I really enjoy, but I still read traditional books as well.

What's your favourite book and why?
I love a lot of books, but my absolute favorite is John Steinbeck's East of Eden. I re-read it about every 10 years or so. I've read it so many times that I know parts of it by heart. It's a masterpiece as far as I'm concerned.

What piece of advice would you give to a new writer?
Just do it. There's nothing mystical or magical about it. Just write.