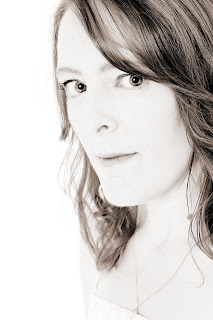 What is your name, where were you born and where do you live now?
Hi, my name’s J.A. Belfield and, although I was born in Sutton Coldfield (UK), I now live in Solihull, which is in the West Midlands of the UK.

When did you first consider yourself as a "writer"?
What? I’m a writer? Hehehe, I don’t really know. I only began writing in spring of 2009 and I didn’t ‘believe’ in anything I’d written until I got about halfway through the first draft of Darkness & Light, when it suddenly occurred to me that it sounded as though it had been written by a completely different author to the first three novels that came before it. I guess it was round about then that I discovered ‘my voice’.

Did it take a long time to get your first book published?
0-60 in 2 years. Okay, in plain English: from concept to holding the paperback in my hands took 2 years. That’s a pretty good timeframe.

Do you work another job as well as your writing work?
Nope. I’m a total bum. Either that, or Mr B is the most understanding bloke on the planet. So long as I feed him and the kidlets on a daily basis and remember to grunt when they speak to me, I’m pretty much left to my own devices.

What is the name of your latest book, and if you had to summarise it in 20 words or less, what would you say?
Instinct is my latest release—a novella that launched on 2nd January this year.
In 20 words or less? Cripes! Okay, here goes:
Werewolf Sean Holloway meets the first female worth fighting for; little does he know how much she will change him.

Who is your publisher? or do you self publish?
J.Taylor Publishing are responsible for my work being out there. They’re an awesome team to be a part of.

Do you have plans for a new book? Is this book part of a series?
Instinct is part of a series called The Holloway Pack Stories. It is the prequel to Darkness & Light, which was released July 2011. Eternal, the second prequel—a sequel to Instinct—is due for release July 2nd 2012. For any who take a liking to Sean Holloway, he has a short story titled Marked in an anthology: Into the Unknown. And there will certainly be more announcements to make (some very) soon regarding this series.

Throughout 2012, I hope to complete novel #4 for The Holloway Pack Strories (#’s 2&3 are already complete), a short story for an anthology, and have a bash at my first ever YA writing.

What genre would you place your books into?
Paranormal romance—though some of the titles later on in the series may bend more toward urban fantasy.

What made you decide to write that genre of book?
What can I say? I love werewolves. To the point I find writing anything NOT werewolf related immensely difficult. I’m working on overcoming that, though. J

Do you have a favourite character from your books? And why are they your favourite?
I did sit and ponder this question until I decided it as simply too difficult to answer. Each time I landed on one of my characters and decided they were ‘it’, I realised I adored another for a whole other set of reasons. The cast of the Holloway Pack are all too individual for me to put any kind of comparison on my feelings toward them. I do love Sean, though—he’s the one who whispers the most sweet nothing’s in my ear.

If you had to choose to be one of your characters in your book/books which would you be? and why?
I’ll base this answer on all of my titles rather than just Instinct and say: Jem. Because who wouldn’t want to end up surrounded by a pack of male werewolves who all adore you and you know would go to the ends of the earth to protect you? Of course, the eye candy’d be a bonus, too.

Where do you get your book plot ideas from?
My head.
I’m a daydreamer. Always have been. I’m also a very creative and lucid dreamer. As for which of my works are based on dreams I’ve experienced? I’ll leave the readers guessing on that one.

Do you read all the reviews of your book/books?
If I spot a review, I read it. Just can’t seem to help myself.

Would you ever ask a reviewer to change their review if it was not all positive about your book/books?
Never! Each and every reviewer has the right to express their opinion. And humans will always be diverse.

How do you come up with the Title and Cover Designs for your book/books?Who designed the Cover of your books?
The cover artist at J.Taylor designed it. I was sent around three or four ideas prior to the one used. The first was very green and vibrant but didn’t quite fit the story too well. The second wasn’t working. I don’t recall the others I was asked to view. But then this one came through, and the moment I spotted Sean’s shadow I was sold. J

Do you choose a title first, or write the book then choose the title?
I have been known to start writing without a title, but I never get very far. Understanding what the title should be helps me to understand the tone, plot, purpose of the book and once I have that figured, I can often move forward a little smoother.

What do you do to unwind and relax?Do you have a hobby?
Is it sad that my most favoured form of relaxation is reading? When I’m not writing, I’m  reading all the other awesome stuff out there. When I’m not doing that, I’m usually watching a flick with Mr B and sometimes the Mini-Me’s, or out walking along canals or the coast …

Which format of book do you prefer, ebook,hardback, or paperback?
I’m not a fan of hardbacks because they hurt when they land on my face if I fall asleep. As for audiobooks, I’ve never listened to one so I’ve no opinion on those as of yet. But the toss between e-books and paperbacks is a pretty even match since Mr B bought me a Kindle for my birthday last year.

What are you currently reading? Are you enjoying it? What format is it?(ebook, hardback or paperback)
I’m currently reading an Indie published book titled: A Demon Made Me Do It by Penelope King on my Kindle. I got a little confused in the beginning (doesn’t take much) with all the demonic back-story but I’m getting into the flow of it now.

Is there anything in your book/books you would change now if you could and what would it be?
Not a thing. I write all of my stories as they come to my mind. If they were meant to be told differently, they’d have appeared to me differently.

What piece of advice would you give to a new writer?
My advice would be to write as much as you can. The more you write, the more you’ll improve. Don’t embark on your first ever novel and expect to produce a best seller good enough to be pimped out to agents and big publishing houses. Use the first few novels as practice—practice to figure out the basics of POV, decent grammar and punctuation, character development, and the structure of a decent plot. By the time you hit novel number 3/4/5, you’ll have a better product to showcase. Also, write short stories—they’ll help you learn to keep your writing concise and to the point, which will improve your pace.
And most important of all: write what you love. Because if you don’t love it, you have no right asking someone to love it.
I think the best advice I’ve ever been on the receiving end of is: NEVER GIVE UP!

Do you or would you ever use a pen name?
So far, nope. J.A. is my initials and I’ve been a Belfield since I married Mr B in 1995. However, a pseudonym may be in order if I do get any YA published. J

And any other information you wish to supply?
Details about Instinct can be found at: http://www.jtaylorpublishing.com/books/2