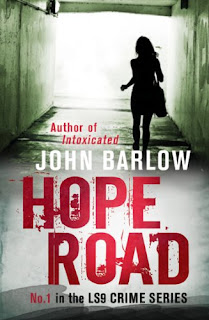 
You can't change your past. But what about your future?John Ray, son of crime boss Antonio 'Tony' Ray, is the straight one of the family. With a successful business and a lifestyle to match, he wants nothing to do with his father's criminal world. But what does that world want with him?A young prostitute is found dead in John's car, and Freddy Metcalfe, his best friend and employee, is framed for her death. Freddy denies everything but it's an open and shut case: he's going down for murder. John sets out to find the real killer.But things get complicated. A stash of counterfeit money was also found in John's car, and the police seem more interested in that than in the dead girl. Then Lanny Bride turns up; one of the north's most ruthless criminals (and an old friend of the Ray family), Lanny is desperate to know who killed the girl. But why? Meanwhile, Freddy is too scared to talk to anyone, even his lawyer.John's police detective girlfriend, Denise Danson, has been warned off the case by her boss. But she doesn't believe Freddy is guilty, and secretly helps John look for the murderer. The problem, though, is that uncovering the shocking truth about the girl's death will force John to confront his own criminal past and risk destroying his future, as well as losing the only woman he's ever loved.

A  word from the Author about the book

As a crime mystery, it's a bit out of your normal reading range. However, it's more contemporary and character-based than genuinely hard-boiled stuff. The 'sleuth' is the son of a crime boss, and his girlfriend is a police detective.