In the spirit of all things chocolatey-cereal-like and wildchildness, I share with you now the story of my first boyfriend and what that time in my life has to do with exorcisms.

When I was fifteen years old I was a wild child. I ate cereal for breakfast, lunch and dinner as long as said cereal was of the chocolate variety. That's not how I rebelled though. Oh no. I was a juvenile delinquent who hung out with the "bad kids" at High School.

Or was it me who turned all my good friends bad? lol

I don't know, but I do know that one day during the summer of '90 things got a little bit out of control. One night I ended up witnessing an actual exorcism taking place. You know? That thing a priest does where he banishes demons out of a persons body?

Maybe I should backtrack a little.

It all started when I saw this boy. He was fifteen, like me, and he sported a blonde mullet haircut that could put the best glam-rock band members to shame. 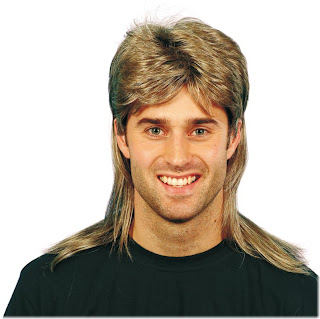 Anyhoo, I kept asking around about this boy and then one day while I was at the skate-park with some friends, I saw him. He was an expert skater. I could tell he knew I was watching him because occasionally he'd glance in my direction and then he'd do some kind of expert flip with his skate-board.

What a show-off. lol

After a while my friends got bored and left. I noticed his friends had also stopped skating too and had gone home. I walked over to him. The closer I got the more I could see he was smiling at me. His blue eyes sparkled, his blonde mullet sang to my hands, urging me to run my fingers through the tail end of those long strands. I sashayed even closer to him. I think I was getting butterflies in my stomach by this point. I remember playing coy and I might have even batted my eyelashes a little. Ug.

When I was about five feet away from him, something incredible happened...

He stomped on the end of his skate-board flipping it up and into his hand with expert ease. He held tight to his board, turned around and ran out of that skate-park like his butt was on fire.

I was shocked. I was dismayed. I was angry and I called out after him saying, "you have stupid hair!"

I found out the next day that he was a painfully shy boy. I took back what I said about his hair and over time we got to know each other. We soon became THEE couple amongst our close circle of friends. We stayed together for 9 months. That's a long time for teens. After we broke up I went to a friend's house one day and he was there with some other kids. When I walked into the room I saw a girl lying on the floor, writhing around as though she was in agony. I shouted, "someone call an ambulance," because I thought she was having a heart-attack or something. My mulleted ex-boyfriend yelled, "someone get me a bible! She's possessed and I know what to do." At this point I'd backed slowly away. I could see matters were out of my control. Also, I knew they were all pretending, either that or every teenager in that room had lost their marbles and I was glad I wasn't dating such a freak any longer.
I walked home, poured myself a bowl of chocolatey cereal and then probably had another one after that. To this day I still love cereal, just not the kind that's chocolatey as I'm on a choc-sabatical. 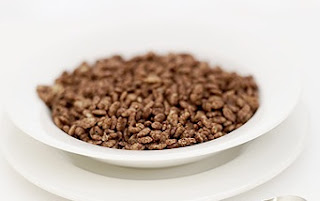 Oh and I also hate mullets now. I really, really hate them.

For the next instalment of Suz's inability to chose guys with good hair, visit her next stop on the Death by Chocolate tour.