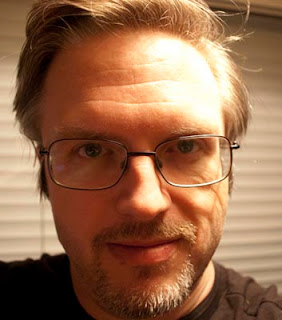 
John Black, I was born in Yorkshire in the UK and now live in Lincolnshire.

When did you first consider yourself as a "writer"?
I think the first time I was actually paid for something.

What is the name of your latest book, and if you had to summarise it in less than 20 words what would you say?
My latest book is Work of Art. It’s about an artist discovering the double life his fiancée led after she committed suicide.

How long does it usually take you to write a book, from the original idea to finishing writing it?
Most of the time it’s years. Ideas get filed away on the computer (or just the back of my head) and are dragged out later. Actual writing takes about six months.

What can we expect from you in the future?  ie More books of the same genre? Books of a different genre?
I’m currently writing a crime novel set in Nottingham. Also have a science fiction novel pretty much plotted out that I hope to write later in the year

How long have you been writing?, and who or what inspired you to write?
I’ve been writing for a few years now. Many many years ago I remember throwing a book at a wall because it was so bad (sorry, the title is lost in the mists of time) and I just knew I could do better myself. However I kind of messed around for a while without really producing anything. Doing a post-grad course where I had to do a lot of writing (I had done engineering first time around) was the main spur. I started on non-fiction and comics scripting - and had a few bits and pieces published which encouraged me - before moving on to short stories and eventually starting on novels

Where do you get your book plot ideas from?What/Who is your inspiration?
Basically I start with characters and the main plot comes from their interactions once I give them conflicting goals. Plot twists and turns just tend to come with time. Once I’m fixed on something I’ll research and read around the subject matter in books and newspapers, watch any documentaries on television etc and interesting details will be added in or will inspire me in new directions. There is a lot of thinking and pondering. With Work of Art I already knew a fair bit about the art world as it’s one of my major interests outside writing.

Do you have a certain routine you have for writing? ie You listen to music, sit in a certain chair?
Write sitting at my desk at my computer. Though I’ll write notes and proof prints anywhere. I’ll usually listen to music when I’m writing fiction to help kill the inner critic – at the moment it’s pretty random, though for my novel Work of Art I actually created a playlist / soundtrack I would listen to on repeat.

Do you have anybody read your books and give you reviews before you officially release them?ie. Your partner, children, friends, reviewers you know?
I had a friend read Work of Art.

Do you gift books to readers to do reviews?
I’ve sent out some ebooks.

Do you read all the reviews of your book/books?
Yeah, but I’m not had that many so far!

Would you ever ask a reviewer to change their review if it was not all positive about your book/books?
No

How do you come up with the Title and Cover Designs for your book/books?Who designed the Cover of your books?
I did the cover for Work of Art. You can read all about the process on my blog, here: http://www.johnblackwriter.com/2011/11/09/work-of-art-cover-story/

Do you choose a title first, or write the book then choose the title?
The title usually comes pretty early in the process, even if it’s just a temporary title. With Work of Art I changed the title I was fixed on halfway through as a book with my first title (Blindsight) was published by another author. I had to tweek a few things but I think it made for a better book and now I would not have it any other way.

How do you market/promote your books?
At the moment via twitter and my blog. Will be doing something with Goodreads in the near future

What do you think makes a book a really good/bestseller ?
I think a bestseller comes down to a bit of luck on whether a good book can take off but good marketing can help. Once it reaches a certain point then word of mouth takes over. A good book needs a sympathetic main character who goes on an interesting journey as he confronts a difficult problem – easy!

Have you ever suffered from a "writer's block"? What did you do to get past the "block"?
On one level I’m permanently blocked as I never find it easy to write. I try and tell myself that I don’t have to get it right first time and rewriting will be easier – just get something down.
If I get really stuck it’s usually because I’ve gone in the wrong direction or made some other sort of mistake. Soon as I work out what (and that usually involves taking a break and thinking over what I’ve written) and once I’ve changed it things start to flow again.

What do you do to unwind and relax?Do you have a hobby?
The usual - reading, watching films and television, surfing the net.

Have you ever based characters on people you know or based events on things that have happened to you?
I’ve based a character on anyone I know... though I’ve seen strangers that look like my characters after the fact. That can be a bit disconcerting. I took a couple of incidents in Work of Art from my real life. The roller coaster scene in the first chapter actually happened to me and someone did steal a door at student party I once went to (though the party itself was very different!).

Which format of book do you prefer, ebook,hardback, or paperback?
I like to own hardbacks by my favourite authors but they take up a lot of space which makes ebooks very handy. I bought a kindle last year and I think I read quicker with it which surprised me.

What is your favourite book and Why?  Have you read it more than once?
My favourite book is The Bridge by Iain Banks. I’ve read it several times and still see something knew in it each time.

Do you think books transfer to movies well? Which is you favourite/worst  book to movie transfer?
I think most novels suit television series better. It’s often short stories that make the best films as it’s easier to expand plot than crop if down
However Layer Cake is one of my favourite books and they made a really good film out of that. Iain Banks had a good television adaptation of The Crown Road but the film version of Complicity was terrible.

What are you currently reading? Are you enjoying it? What format is it?(ebook, hardback or paperback)
Cosa Nostra by John Dickie – it’s a non-fiction book about the Sicilian Mafia that I got for Christmas. It’s more like a history book that the usual lurid true crime. I’ve already got an idea or two for books of my own from it!

Do you think ebooks will ever totally replace printed books?
I think it’s going to be like the theatre. After cinema (and television) came along people still went but not twice a week or more liked they used to. And there’s no longer a theatre in every town. People will still buy physical books but I there will be a lot less of them – certainly I think mass market paperbacks will go.

Did you read a lot at school and write lots of stories or is being a writer something newer in your life?
I’ve always read a lot but actual writing came later.

What do you think about book trailers?
I think they are a great idea, but very few seem to be very good. Though that seems to be changing recently as the standard goes up.

What piece of advice would you give to a new writer?
Just write and don’t expect it to be easy. For years I laboured under the impression that somehow writers just sat at their desks and it kind of flowed out, when it fact it’s a lot of grind and re-writing.

Do you or would you ever use a pen name?
John Black is a pen name 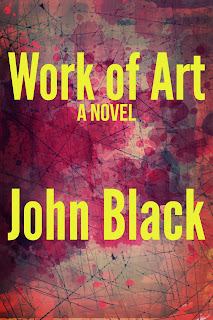