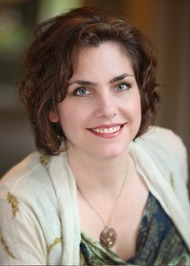 What is your name, where were you born and where do you live now?
My name is Elise Stokes. I was born in Mountain View, California, and currently live in Bellevue, Washington, with my husband and our four children.

What is the name of your latest book, and if you had to summarise it in less than 20 words what would you say?
Cassidy Jones and the Secret Formula. Cassidy is an average 14-year-old whose life is turned upsidedown when she gains superpowers after a minor accident.

Do you have plans for a new book? Is this book part of a series?
Yes, it's the first book in Cassidy Jones Adventures. The second, Cassidy Jones and Vulcan’s Gift, will be released late fall.

How long have you been writing? Who or what inspired you to write?
I wrote a few short stories in high school and college, but then got caught up in the business of life and put my passion to write on the backburner. For years I tucked away storylines in the back of my mind, planning to have a crack at them when my kids grew up, when things slowed down.  Three years ago, I read an article about Stephanie Meyer and learned that she wrote Twilight with three little boys underfoot. Right there and then, I decided if Stephanie Meyer could find the time so could I. Six months later, I completed Cassidy Jones and the Secret Formula.

Have you ever based characters on people you know or based events on things that have happened to you?
Though I didn’t intentionally do this, Cassidy is a lot like me. We share the same humor, love of family, shyness, and can be rather hard on ourselves. We are also fear-overcomers, flaw-overlookers, loyal to the bone, and we both hate kitchens. Some of Cassidy’s school experiences were mine. There was always some boy I silently pined over, some girl who decided to make my life miserable, and I couldn’t climb the rope in gym class either. Man, I hated that rope!

What piece of advice would you give to a new writer?
The best piece of advice I can give is to just write. My editor William Greenleaf once told me, “Writing is like a musical instrument, the more you write the better you become.” So if you have a story tumbling around in your head, grab a pen and paper or flip open your laptop and begin. 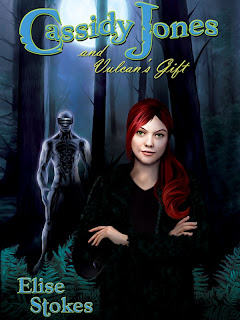 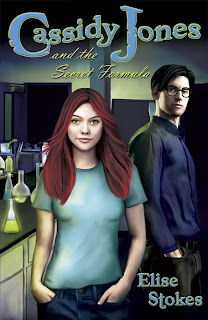 Thank you Elise for taking the time to do this interview and giving s a little glimpse into your life and your writing world too! Elise's book Cassidy Jones and the Secret Formula is in our October Giveaway
Posted by Jeanz xx at 05:30