PROMOTION & REVIEW - CRASH INTO YOU - PUSHING THE LIMITS BY KATIE MCGARRY 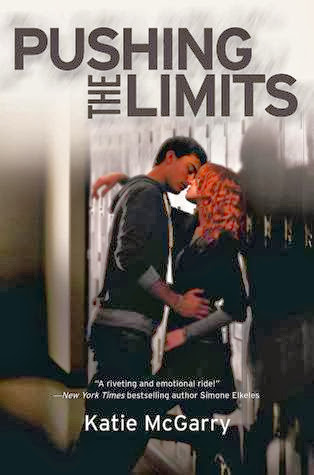 BLURB from Goodreads
No one knows what happened the night Echo Emerson went from popular girl with jock boyfriend to gossiped-about outsider with freaky scars on her arms. Even Echo can't remember the whole truth of that horrible night. All she knows is that she wants everything to go back to normal.But when Noah Hutchins, the smoking-hot, girl-using loner in the black leather jacket, explodes into her life with his tough attitude and surprising understanding, Echo's world shifts in ways she could never have imagined. They should have nothing in common. And with the secrets they both keep, being together is pretty much impossible.
Yet the crazy attraction between them refuses to go away. And Echo has to ask herself just how far they can push the limits and what she'll risk for the one guy who might teach her how to love again. 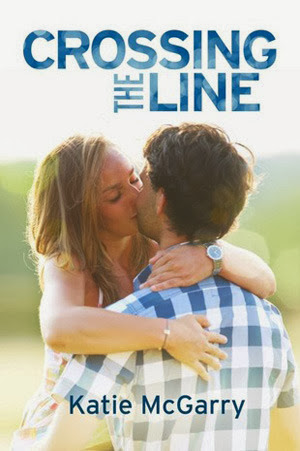 BLURB from Goodreads
Lila McCormick, Echo's best friend from Pushing the Limits, first met Lincoln Turner when tragedy struck both their lives. But she never expected their surprise encounter would lead to two years of exchanging letters—or that she’d fall for the boy she’s only seen once. Their relationship is a secret, but Lila feels closer to Lincoln than anyone else. Until she finds out that he lied to her about the one thing she depended on him for the most.Hurting Lila is the last thing Lincoln wanted. For two years, her letters have been the only thing getting him through the day. Admitting his feelings would cross a line he’s never dared breach before. But Lincoln will do whatever it takes to fix his mistakes, earn Lila’s forgiveness—and finally win a chance to be with the girl he loves. 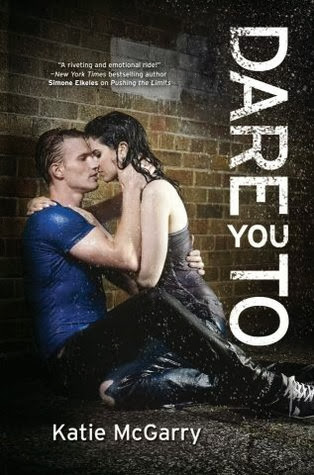 Blurb from Goodreads
Ryan lowers his lips to my ear. "Dance with me, Beth."

"No." I whisper the reply. I hate him and I hate myself for wanting him to touch me again....

"I dare you..."If anyone knew the truth about Beth Risk's home life, they'd send her mother to jail and seventeen-year-old Beth who knows where. So she protects her mom at all costs. Until the day her uncle swoops in and forces Beth to choose between her mom's freedom and her own happiness. That's how Beth finds herself living with an aunt who doesn't want her and going to a school that doesn't understand her. At all. Except for the one guy who shouldn't get her, but does....Ryan Stone is the town golden boy, a popular baseball star jock-with secrets he can't tell anyone. Not even the friends he shares everything with, including the constant dares to do crazy things. The craziest? Asking out the Skater girl who couldn't be less interested in him.But what begins as a dare becomes an intense attraction neither Ryan nor Beth expected. Suddenly, the boy with the flawless image risks his dreams-and his life-for the girl he loves, and the girl who won't let anyone get too close is daring herself to want it all...

Crash Into You Bk#3 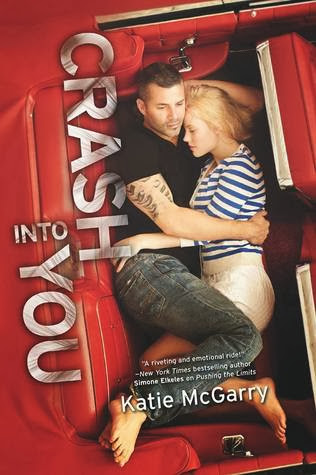 BLURB from Goodreads
The girl with straight As, designer clothes and the perfect life-that's who people expect Rachel Young to be. So the private-school junior keeps secrets from her wealthy parents and overbearing brothers...and she's just added two more to the list. One involves racing strangers down dark country roads in her Mustang GT. The other? Seventeen-year-old Isaiah Walker-a guy she has no business even talking to. But when the foster kid with the tattoos and intense gray eyes comes to her rescue, she can't get him out of her mind. Isaiah has secrets, too. About where he lives, and how he really feels about Rachel. The last thing he needs is to get tangled up with a rich girl who wants to slum it on the south side for kicks-no matter how angelic she might look. But when their shared love of street racing puts both their lives in jeopardy, they have six weeks to come up with a way out. Six weeks to discover just how far they'll go to save each other.

INITIAL THOUGHTS
Approaching this book I have to admit this is the one I have been waiting for ISIAH'S Story! so I'm excited to read it.

MY REVIEW
I really wanted a copy of this to read so I requested it from Edelweiss and Netgalley and was lucky to receive an e-arc from both! So my review will be going on both those platforms as well as all the other usual places I post.
The cover shows us an aerial shot of Rachel's red Mustang car with him and Rachel laid cuddling in it. The guy on the cover is okay but not nearly as gorgeous as Katie McGarry's imagery makes him sound in the book.
So would the cover make me pick the book up in a bookstore? Cover alone possibly to then read the blurb. But as I've read the others in the series it would be a must pick up book anyway.
So finally we are being told Isaiah's story. After his confused just friendship/more than friendship love for Beth he really deserves to find someone who loves him as much as he loves them.
The girl in this book is Rachel Young, born as a replacement for her dead sister Colleen and expected to speak out and be the voice of Colleen for leukemia charity her mum works for. Rachel's parents expect Rachel to stand up at charity events and deliver speeches on a regular basis which sounds simple enough but Rachel suffers from panic attacks. The Panic attacks began back in middle school and she ended up hospitalised at one point. When she returned home everyone watched her like a hawk and considered her a weakling that needed protecting. So when her anxiety level raises and the panic attacks return again on a regular basis Rachel tries to hide it from her family. Her family consists of her mother and father, her three older brothers Gavin, Jack and West and her twin Ethan. Rachel is very close to Ethan and they regularly cover for each other. The only release Rachel gets is when she drives her Mustang. Rachel needs that release of driving her car as she is constantly putting on a front pretending to be the girly girl her sister Colleen was before she died. Rachel is constantly reminded of how her sister would have done things. Rachel is really a bit of a tomboy and is seriously into cars and really does know her stuff about them.
On one of her night rides she comes across a street car race, and that's where she ends up meeting Isaiah. He helps her escape when the police turn up. Only its not a coincidence the Police turn up someone has tipped them off about the race and it's organiser Eric.
Eric finds out it was some "posh kids" that tipped off the Police and Rachel gets tarred with the same brush as them as she turned up at the race at the same time. Eric threatens Rachel and demands the money he has loft . . . .and that's when Isaiah steps in to protect Rachel.
Both Rachel and Isaiah have their secrets and need each other to keep on going. They meet in secret, and try to race their cars to make the money that Eric wants.
We learn more about Isaiah in this book, what happened when he was young and was put into care, why he had the tattoo's and what each one means to him. We see his caring and protective side when he is with Rachel, he really would give his life for her. He knows her family will not approve of him and the way he looks yet he can't seem to stay away from Rachel, even though he tries. Isaiah has totally fallen in love with Rachel.
So that's a rough outline, but what else can I tell you? We get to meet Isaiah's mum, Rachel and Isaiah are found out and then tragedy strikes. It certainly makes your breath hitch when you turn to a chapter where Isaiah is standing in a cemetery looking at a grave . . . . . but I can't say whose because that would spoil that moment when you hold your breath until you find out who the grave belongs to.
We meet lots of new characters such as, Ethan - Rachel's twin, and Gavin, Jack and West her older brothers as well as re-appearances by some much loved characters, Noah, Echo, Beth, Ryan and Logan. I'm certainly looking forward to more books in this series and learning more about the existing characters as well as meeting new ones.
So whose story would I like to see? Abby's, or there's Rachels brothers and there's also Logan too. the possibilities could be endless.
So did you enjoy the book? Totally loved it! I've been waiting for Isaiah's story. I enjoyed the book just as I expected to, This book is just  like re-visiting an old much loved friend. I slipped right back into who the characters were as well as meeting new ones to care about too. Would I recommend the book? Yes, definitely I'd recommend the whole series. Would I read another book in this series? I intend to yes! Would I read other books by this author? Yes, I love Katie McGarry's writing style and book pace. there's always something going on.
Posted by Jeanz xx at 03:00