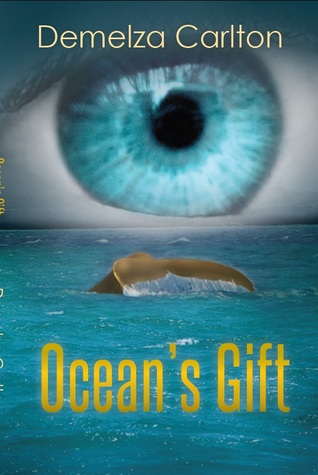 Sirens don’t fall in love with humans. For centuries it has been so…But Sirena is different. She lost her first love to sharks and a storm, cursing the islands that stole him from her. Times have changed and she must swim ashore once more, at the islands she once cursed. Gone are the boats powered by sail and steam – jet boats with GPS are now the order of the day. Enter Joe, the deckhand on the Dolphin. A handy man to have around when the lights go out. He’ll fix your generator and have the lights back on in no time, no worries. But can he seduce a siren?Or will she swim away, before he can uncover her secret?A story about fishing, lobsters, beer and boobs, on some cursed islands off the West Australian coast. At least that’s how Joe tells it. For Sirena, it’s a very different story. 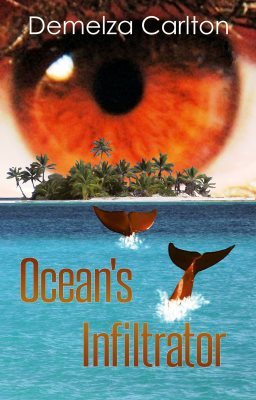 Sirena's voice deals death and destruction with a single song. How long will Sirena let Joe live, now he knows her secret?Laila and Cantrella travel west to meet their sisters in the Atlantic Ocean, but the warm welcome they receive is shallower than the surrounding seas. Mysterious Alexandre – who is he and what happened to him?A story about seduction and sharks, parenthood and penguins, with plenty of beer and boobs to keep it interesting, at some coral islands off the coast of Western Australia, plus a few other places, too. Trouble, take two. This is Demelza’s second contemporary fantasy book in the Ocean’s Gift series, with more mermaids and mayhem than ever. You’ll never look at mermaids the same way again. 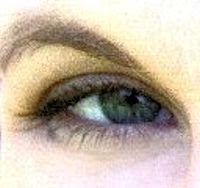 Demelza Carlton has always loved the ocean, but on her first snorkelling trip she found she was afraid of fish. She has since swum with sea lions, sharks and sea cucumbers and stood on spray drenched cliffs over a seething sea as a seven-metre cyclonic swell surged in, shattering a shipwreck below. Sensationalist spin? Hardly. She takes a camera with her to photograph such things to share later. She asserts that sharks are camera shy. Demelza now lives in Perth, Western Australia, the shark attack capital of the world. The Ocean’s Gift series was her first foray into fiction, followed by her Nightmares trilogy.

What is your name, where were you born and where do you live now?
Demelza Carlton. I was born in Perth, Western Australia and, while I've travelled a fair bit, that's where I choose to live.

Did it take a long time to get your first book published?
Longer than I expected, certainly! The editing took months (but it was worth the wait) and the cover took even longer. If I'd known how much trouble was involved in a cover design, I'd have engaged a graphic designer the minute I finished the book. It took…five months, from finishing my first draft to release day.

How long does it usually take you to write a book, from the original idea to finishing writing it?
It depends on the book – my mermaid books seem to go from idea to first draft in around three weeks. They just…flow. My Nightmares Trilogy is far slower, taking several months to write because the story is so detailed on so many levels. Nightmares is in the suspense/horror thriller genres, so the content can be quite disturbing and I need to take breaks from writing it…or have nightmares of my own.

Which of your books were easier/harder to write than the others?
My Ocean's Gift series is by far the easiest to write. I still do a lot of research for it, but the characters seem to spin their own story in my head – my job's just to document it.

What can we expect from you in the future?  ie More books of the same genre? Books of a different genre?
The Ocean's Gift series was never meant to be a series – I always thought the first book was just a funny one-off. The characters had other ideas, though, and insisted that their story wasn't finished yet. Ocean's Infiltrator – the second book in the series – was released in April 2013 and the third one, Ocean's Depths, will surface in 2014. So far, it looks like there are at least seven books in the series…though they're just faint ideas and scenes in a notebook so far.

Do you have plans for a new book? Is this book part of a series?
I have plans for another five books in the Ocean's Gift series – all rough outlines involving the existing human and mermaid characters…plus some surprising new ones.
The Nightmares trilogy has one more book to go and I'm planning this one out at present.
Of course, there are other ideas buzzing around in my head…if they ever settle down long enough to become a complete story like Ocean's Gift did, you'll see the release date news up on my blog!

What genre would you place your books into?
Mermaids? See, there I really don't know. Sometimes I'd say contemporary or urban fantasy, because mermaids are fantasy creatures living in our modern world, but fantasy implies magic and my mermaids don't need magic to exist…it's all a matter of biology. Other times, I'd say paranormal, because they're similar to humans with extraordinary abilities – creatures we can't explain like vampires, werewolves and the like, because the mermaids do shift form.
I considered the possibility of describing the girls as fairy tales or mythology…but they get really opinionated about human folk tales…

What made you decide to write that genre of book?
When you have mermaids like Sirena and Apalala swimming around in your head, you write it or go mad. I decided to write it in an attempt to save my sanity. I'm not sure the attempt was successful…but it certainly was fun!

Do you gift books to readers to do reviews?
I do indeed. I'm still a little stunned that people like to read my work and I'm interested in what they think of it, so I like to give out copies to people who will tell me (and the rest of the world) what they thought.

Do you choose a title first, or write the book then choose the title?
The title always seems to turn up in its own due time, when I have at least a vague idea of what the book is or where it's going. I usually have a working title by half-way through and I tend to stick with it.

How do you come up with characters names and place names in your books?
The characters are very distinctive people, so I search for names that mean certain things to match them. Zerafina means "on fire"; Sirena and Duyong both mean mermaid or siren; Vanessa means miracle, Apalala is a water dragon, Belinda is beautiful serpent or dragon; and Maria is "ocean of rebelliousness."
The place names…ah, those are all real places. Given I set my book in the real world, I try to keep to real place names. When I start the story, I generally have my characters and a real setting, with only a vague idea of the plot. I stick the characters in the setting and…they proceed to wreak havoc with what I thought was the plot.

Do you decide on character traits before writing the whole book or as you go along?
I…have no control whatsoever over my characters. They move into my head and announce themselves. They generally do this before I start writing the book, though some only come onto the scene as the story progresses. Laila from Ocean's Infiltrator was so quiet I didn't really understand who she was until everyone else's part of the story was written. Then I realised she was a very different person to what I'd thought she was…

What do you think makes a book a really good/bestseller ?
A brilliant story and consistent characters you can relate to…plus a huge amount of advertising and promotion. Without the promotion, some brilliant books will never get there…and with excessive promotion, some books get there that don't really deserve to.

Are there any hidden messages or morals contained in your books?
I guess there are. Messages like, "Don't piss off a mermaid – she'll call sharks to eat you alive," and, "Australian wildlife is always trying to kill you."
Not particularly philosophical messages – more tips for survival.

Which format of book do you prefer, ebook,hardback, or paperback?
I guess it depends on the book. When I fly, I take my Kindle and a paperback, because you can't read on an ereader during takeoff and landing. I tend to like big, thick books that keep me reading for a while, which are really heavy to hold, so I'm more likely to buy the ebook of something huge.
Admittedly, I do have an extensive hard-copy library at home – with all my favourites also loaded on my Kindle as ebooks. So…I prefer to buy a book as an ebook first, then buy the paperback or hardback for my husband and daughter to read if I really liked it.

Did you read a lot at school and write lots of stories or is being a writer something newer in your life?
I did read a lot at school – and I used to carry a notebook with me for whatever story I was writing at the time. Needless to say, most of them were terrible and I haven't revisited them since high school.
The exception to this is Nightmares of Caitlin Lockyer – I started writing that story when I was 12. While the first and even the second versions were horrible, the third version…well, the ebook of that was released in July 2013. Given it's a suspense/horror thriller, I guess it's still horrible – but in a good way.

Do you have a treasured book from your childhood? If yes, what is it?
I read anything when I was a child – from Dickens when I was 7 to all of Shakespeare when I was 10. One book that's stayed with me is Arabian Nights – Scheherezade's thousand and one nights of tales. My grandmother gave me a copy of it when I was 8 and I still have it – Sinbad, Aladdin, Scheherezade herself…that lady was the queen of cliffhangers, because her life depended on it.

Is there a book you know you will never read? Or one you tried to read but just couldn't finish?
The second two books in the Fifty Shades series. I heard the first book had amazing sex and everyone told me I had to read it. I found it…boring. Maybe I've just done more adventurous things than I'd realised…and with hotter men, too. I did read the first book through to the end, but I wouldn't do it again. I found doing the dishes steamier.

What do you think about book trailers?
They're so much fun to make! I head out with my DSLR and my underwater camera, take photos of what's relevant, then head back to my study to put them all together. Last up comes either music or a voiceover…I've done both, depending on the book. My Nightmares Trilogy tends to use music, Water and Fire has both a voiceover and a music trailer, while Ocean's Gift is all voiceover. Occasionally, some of the scenes I read make me blush…and I'm sure you can hear those in my trailers!