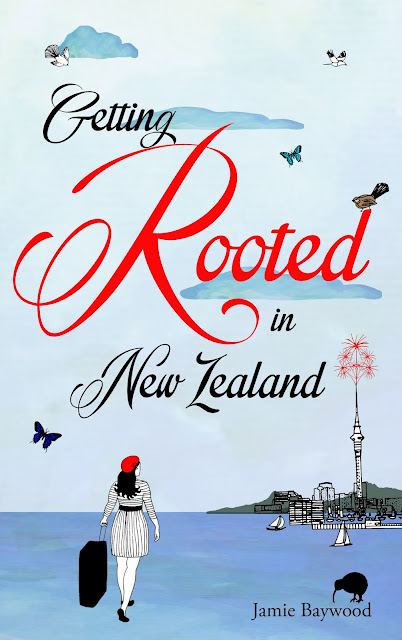 Craving change and lacking logic, at 26, Jamie, a cute and quirky Californian, impulsively moves to New Zealand to avoid dating after reading that the country's population has 100,000 fewer men. In her journal, she captures a hysterically honest look at herself, her past and her new wonderfully weird world filled with curious characters and slapstick situations in unbelievably bizarre jobs. It takes a zany jaunt to the end of the Earth and a serendipitous meeting with a fellow traveler before Jamie learns what it really means to get rooted.
About the author Jamie Baywood:


Jamie Baywood grew up in Petaluma, California. In 2010, she made the most impulsive decision of her life by moving to New Zealand. Getting Rooted in New Zealand is her first book about her experiences living there. Jamie is now married and living happily ever after in the United Kingdom. She is working on her second book. 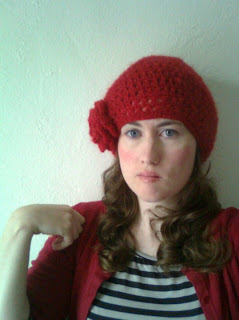 What is your name, where were you born and where do you live now?
I am using the pen name Jamie Baywood. I was born in Savannah, Georgia, but raised in a small town in northern California. In 2010, I moved to the South Pacific. I lived in American Samoa briefly and then in New Zealand for over a year. Last year I was living in Scotland and now I am living in England.

Did you always want to be a writer? If not what did you want to be?
My education is in fine arts. I had a lot of art shows in California and New Zealand and even managed an art collective in Auckland.  I was bored with the fine art scene. Everything has already been done before in painting, but I am the only person that can tell my own story. Writing feels like a more honest form of art than any other method I’ve tried.

When did you first consider yourself as a "writer"?
While living in New Zealand, I had funny experiences that I had trouble believing were true. I wrote the stories down to stay sane. I wrote situations down that were happening around me and shared them with friends.  In New Zealand I meet a director named Thomas Sainsbury, he asked me what I was doing in New Zealand. My everyday stories made him laugh and he asked me to write a monologue for him. I had never done anything like that before. I was shocked by the adrenaline rush that came with storytelling and making people laugh.

Did it take a long time to get your first book published?
Most of the book was written as the events happened; it just took me a few years to work up the nerve to publish. To write my book Getting Rooted In New Zealand, I relied upon my personal journals, e-mails, and memories. In February 2013, I organized my stories into a cohesive narrative. It went through several rounds of editing and then I published in April.

Do you have plans for a new book? Is this book part of a series?
I’ve been living abroad for over three years. I plan to divide my books by the countries I’ve lived in. The next book will be about adventures in Scotland.

What genre would you place your books into?
Getting Rooted in New Zealand is a funny travel memoir.

What made you decide to write that genre of book?
I have been told that my life sounds like a movie or TV show.

Who designed the cover of your books?
I designed my book cover myself. The girl with the suitcase is a drawing of me. The striped dress and red hat was my first outfit I bought when I moved to New Zealand. The birds are New Zealand native birds like the kiwi and fan tail. The city is Auckland and the tower is New Zealand’s Skytower. The sky in the back ground and the water are pieces of a watercolor painting I did of the New Zealand coastline.

What do you do to unwind and relax? Do you have a hobby?
I like yoga, pilates and running. I recently ran 10K in York, England raising money for a friend with MS.

Getting Rooted in New Zealand is available in paperback and ebook on Amazon: http://www.amazon.com/dp/1482601907
Posted by Jeanz xx at 17:30