BLOG TOUR - DAWN OF THE APOCALYPSE BY E.S.P 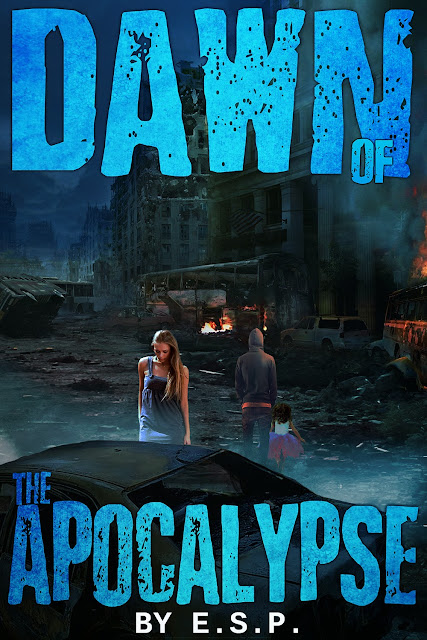 BLURB supplied by the Author
January 1, 2000.May 21, 2011.December 21, 2012These are just a few of the days humans prophesied as bringing catastrophic events that would end the world. We predicted nuclear warfare. Drastic climate change. A call from God.We were wrong. Cue the gargoyle invasion—laboratory bred mutants designed to slaughter humans. When the government goes AWOL and gargoyles are swarming by the hundreds, it's up to the citizens of the United States to regroup and save themselves. Meet Cliff Matthews, a teenage boy separated from his entire family with the exception of his younger sister, whom he is desperate to keep alive. Along the quest to save their lives, he encounters people who aren't all that they seem. Everyday's a battle, but if he can't trust his own species, where does that leave his family? And we can't forget the man who may be willing to sacrifice Cliff's life, if it means world domination.In terms of doomsday, no one could've seen this coming.

Being the daughter of an accomplished author, E.S.P. grew up listening to stories and telling her own to classmates. After writing for several years and even publishing some short works, she finally decided to take the plunge to write (plus finish!)a full length novel. Thus, Dawn of the Apocalypse was born. When she's not writing, she's either reading books, blogging at whoistheserialreader.blogspot.com, or watching eighties movies. 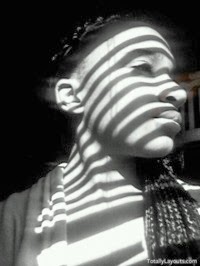 Are there any hidden messages or morals in your book?
I thought this was an awesome question to answer. My mother didn't understand why I had violence in  my book. I was simply trying to answer a question I often ask myself. What would I do in the midst of national chaos, and what would everyone else do? For that reason, I made sure to capture the essence of the characters, the panic in each and every corner, and the suspense that there was no escape from. So I guess any reader can draw their own conclusion as to what the moral is. I want the reader to sit back and think, "What would I do?"

Have you ever had writer's block?
There's no such thing as writer's block. It's called laziness. If you know where the story is going, you can skip the scene you're stuck at and come back later. So I would never say that I have writer's block. Maybe I just can't focus or am too tired to write. But writer's block is really just a myth.

Is there a book you know you will never read.
Little Women. I tried reading that book so many times when I was a kid. When I got a little more than halfway through, I would panic that my beloved story was coming to an end and just stop reading. I would just stop. I'll probably rinse and repeat with that book for the rest of my life.

Do you have a certain routine for writing?
Lol. That's a good one.
I've read about this writing routines and I would love to have one. Really, my routine sucks. It goes something like this: Sit down to write. Check email. Check blog. Check Twitter. Stay on Twitter. Randomly Google random things. Put on music. Dance to music. Feel guilty, sit down, and choke out 2,000 words.

Would you ever ask a reviewer to change their reviews if it wasn't positive about your books?
Let me tell you, bad reviews suck. They twist your guts and stay with you until the day you die. There's still this one reviewer I hate for her review...
What I learned with my style of writing is either you love it to death or its not your thing. I guess you can say I'm controversial. Instead of writing a New Adult book with a bunch of sex scenes that I knew would break the charts, I decided to follow my own creativity, and make something unorthodox. Original. So I would never ask a reviewer to change their review. Hell, even the Bible gets bad reviews. It's just a part of publishing. But I know that no matter who likes my books and who doesn't, I'm still publishing whether you like it or not.

Angel’s chest was rising and falling rapidly as the gargoyles circled them silently. Hunter
had never wanted something more in her entire life than to live for another day. She
couldn’t even entertain the idea of little Angel being gobbled up by the big bad
gargoyle…
She squeezed her eyes shut. Please, please, please, she chanted silently over and over.
She knew the type of wound a scratch had given Cliff. What type of pain would they
concur on her entire body? Would they eat her right away or save her for dinner? Would
they pluck out her limbs and eat them one by one?
Time stopped as the door creaked open. The gargoyles soundlessly cloaked themselves
back in the shadows. The stairs groaned as someone walked down the stairs without a
care in the world. Hunter could practically hear the gargoyles lick their lips.
She wanted to cry out and warn the person. But it was beyond her control.
That’s what you get for walking down the stairs so loudly. That’s what you get for
walking in the dark during a damn invasion, she reasoned. But her heart was saying
something else.
The person reached the bottom of the stairs. The gargoyles uniformly shifted through the
shadows. “Hey…” he said suspiciously.
He had realized his danger a second too late. He broke into a run, but the gargoyles
would be on him in a second. And he’d be dead.
“C’mon, sweetie.” Hunter whispered to Angel, crawling out from under the stairs.
Ignoring the cries of agony, pain, and sorrow, she raced up the stairs. The wood banged
against her ankles, but she didn’t stop. There was the cruel sound of cracking. Hunter
shielded Angel’s eyes from the scene and dared to look behind her.
The gargoyles were circled around the man. The predominantly bigger gargoyle bit his
neck. A gush of blood spewed across its face. The man’s eyes still stared at her, his
mouth formed in an O, as if he was trying to speak to her.
“I’m so sorry.” She choked.
She hurried up the steps, slamming her body into the door. The light washed over her

body, as did her relief. But her nerves did not settle.