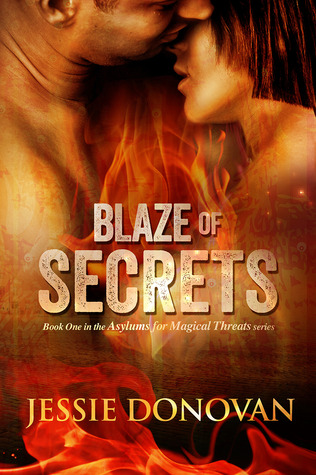 BLURB from Goodreads
To avoid persecution, the Feiru will do anything to keep their elemental magic a secret from humans—even lock away their children for life. Few know what goes on inside the prison system for magic users, but that is about to change…Kiarra Melini overhears the dangerous secrets of her blood and decides that if Feiru elemental magic is to survive, she needs to die. But before she can finish the deed, a handsome black-clad man kidnaps her from prison and introduces her to an anti-prison activist group. As the prison retrieval squad hunts for her, Kiarra must overcome the demons of her past or risk losing not only her newfound freedom, but also the man who reawakens her desires and captures her heart.Jaxton Ward finally rescues his older brother from prison, but instead of helping with his brother’s recovery, he’s ordered to train Kiarra—a stubborn elemental fire user who claims her magic is gone. But just as Kiarra starts trusting him with her secrets, the prison enforcers catch up with them. Now Jaxton must find a way to keep his family safe while also protecting the only woman able to ignite both his temper and his passion.

The air was full of elemental energy particles, each compass direction holding a higher concentration of a specific element. If she could find a way to draw the elemental fire particles to her flame, she could direct the fire to jump from energy particle to energy particle, appearing as a constant stream of flame to those without the ability.
She concentrated and sensed the change in the air, attune to the gathering energy in front of her. The flame jumped from her hands to its new fuel source, creating an arc of fire that extended out six inches from her chest.
Kiarra wanted to celebrate, but maintained her concentration for a few seconds before Jaxton nuzzled the side of her head and stroked the right side of her ribcage. She was hyperaware of his touch, and before she realized it, her fire extinguished as her hormones battled for control of her brain.
Jaxton stilled his fingers and she felt his smile against her ear. “Is that the best you can do? Try again.”
Kiarra repeated the process, determined to best Jaxton. When she had another stream of fire dancing in front of her again, Jaxton started to stroke her side, but she was prepared. The touch prodded her to expand the flame further away, creating a larger swath of fire.
Jaxton blew into her ear. The flame flickered for a split second before she regained control, extending its reach. Her fire was now only a few inches short of the plant in the corner.
“Now, try to surround the plant, but don’t destroy it,” Jaxton whispered.
Just as she directed the fire a little closer to the plant, Jaxton traced his finger up the side of her neck. He continued to stroke her sensitive skin, and Kiarra gritted her teeth. She would reach the plant if it killed her.
Careful not to melt the plastic, Kiarra encircled the outside leaves. The next few leaves would include the stem, making it tricky, but she pushed forward. Then Jaxton nipped her neck and the fire disappeared, leaving behind a small branch of melted plastic.
She let out a growl and turned around to find the bastard was smiling. “Is it a habit of yours to bite trainees?”
“Only the ones that taste as good as you.” He swirled his finger in the air, indicating for her to turn around. “Now, try it again. If you can’t concentrate with something as small as a nip on your neck, then you bloody well won’t be able to block out the people fighting, and possibly dying, around you.”
Kiarra was about to protest, but then she had an idea. She turned around as directed, but before he could tell her what to do, she reached back and grabbed his genitals. He drew a sharp breath and Kiarra smiled. “If you can’t concentrate with someone’s hand on your balls, then you might not be able to block out the distractions around you when you’re fighting.” 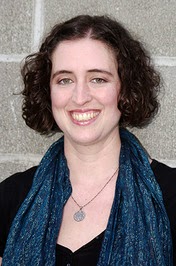 Jessie Donovan wrote her first story at age five, and after discovering the Dragonriders of Pern series by Anne McCaffrey in junior high, realized that people actually wanted to read stories like those floating around inside her head. From there on out, she was determined to tap into her over-active imagination and write a book someday.After living abroad for five years and earning degrees in Japanese, Anthropology, and Secondary Education, she buckled down and finally wrote her first full-length book. While that story will never see the light of day, it laid the world-building groundwork of what would become her debut paranormal romance, Blaze of Secrets.Jessie loves to interact with readers, and when not traipsing around some foreign country on a shoestring, can often be found on Facebook and Twitter and her Website.
Posted by Jeanz xx at 13:30