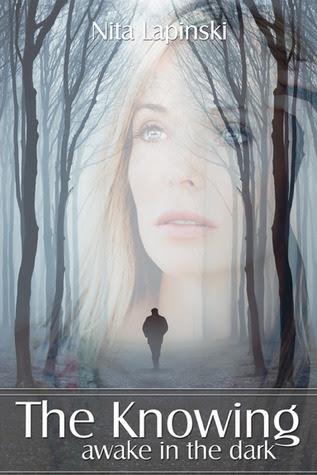 BLURB supplied by Reading Addiction Book Tours
Dubbed the “Sweetheart Rapist,” Aaron Goddard terrorized and raped more than a dozen women in northern California in the 1980s before authorities caught him. The attacks struck fear into the hearts of lovers everywhere as he targeted isolated spots where couples went to be alone. With a ski mask and a gun, the Sweetheart Rapist ordered men into the trunks of cars to listen helplessly while he raped their female partners, usually petite blondes.
The Knowing: Awake in the Dark is the true story of a young woman's love for a man who becomes a notorious serial rapist. Her unique, clairvoyant gifts warn her that he is a violent predator. Journey with her as she struggles to find her own self-worth, dignity, and love amidst deception and self-doubt, and learn how to use the power of intuition and conscious intent in your own life.

Before he became the man in the mask- a man with anger that burned in his ears- he was a sweet and sensitive boy with a father as mean as a rabid badger.
The boy was seven the day his father came home drunk, angry that his lunch wasn’t waiting for him on the table. He was a massive man with long arms, meaty fingers and perpetual redness in his cheeks. His meanness was as dense as swamp water, and his breath reeked with bitterness and rage.  He glared hatefully at the boy and thumped him hard on the back of his head, yelling,
“Now you get outside, boy and clean up them weeds! I don’t want to see no weeds in my yard. Get a move on.”
The boy’s stomach squirmed as he hurried outside. In the glaring mid-day sun, he did his best, but nothing could satisfy his father.
Stumbling onto the covered patio, the giant man threw open a chest filled with the treasures of boys. He dug like an animal, throwing baseballs and mitts, mallets for croquet, and wooden bats pitted and dark. He shoveled wildly until the contents of the chest lay scattered and meaningless across the cement porch.
Picking up the empty chest he slammed it down hard beyond the shade of the overhang, leaving it empty in the sun.
“Is that the best you can do, boy?” he said as he spat tobacco juice in the dirt.
In two strides he reached the boy and snatched him by the back of his shirt, hoisting him easily off the ground. The red-and- white striped fabric pulled tight against the boy’s narrow chest.  The father dropped the terrified child into the footlocker and slammed it closed. His breath came in hard gasps as he spotted a curved wire and twisted it through the shiny hardware clasp ensuring the chest couldn’t be opened from the inside.
“That’ll do it,” he growled as he wiped the spit from the corner of his mouth.
The boy whimpered and cried, “I’ll do it better, Daddy, I swear. Please, let me out. Daddy, please, I’m scared of the dark,” he whispered.
By the time the boy’s mother, Bernadette, rescued her youngest son from the dark and sweltering chest, he was limp and nearly unconscious. She carried him into the house and cradled him in her lap, wiping his head with a cool cloth and feeding him water. She whispered in the boy’s ear,
“You got to stay away from him now, you hear me? Oh my lord,” she murmured, “please God, don’t let him kill my boy.”
But it wouldn’t be the last time the boy was locked in the chest, and with each cruel encounter the hateful intent of his father would begin to creep into the boy’s own heart and begin to grow. 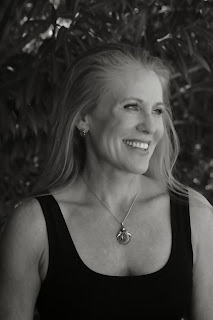 I have been working as a clairvoyant-medium for the past three decades, giving psychic readings to hundreds of clients all over the United States. I teach meditation classes and lead workshops on forgiveness, releasing judgment, and finding one’s intuition. I am a certified hypnotherapist and have studied integrative breath work and bio-energy. I am also a high-school dropout who barely earned her GED at the age of thirty. Against all odds, I taught myself to write at the age of forty-eight when I decided it was time to tell this story. I live in Arizona with my husband.

GIVEAWAY
a Rafflecopter giveaway
Posted by Jeanz xx at 03:00