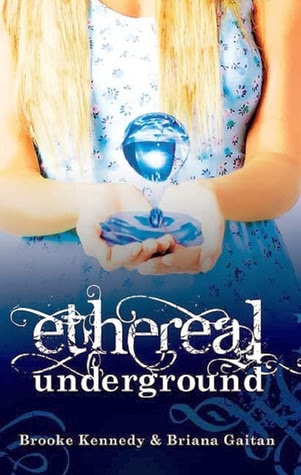 BLURB from Goodreads
Can the person who was sent to steal your soul, be the same person who steals your heart?The keepers are protectors of the planet Cabalin, charged with defeating identified enemies and preventing other planets from waging war on their dying planet. They are expected to keep their emotions in check and do as they are told no matter what the consequences. One of their rising warriors, however, has been placed on sabbatical for reasons unknown to those around him. Rebellious, impulsive, and moody, Ash has continued to break the rules by frequenting the Ethereal Underground, the seedy hang out in the eighth layer of the planet. Ash has always believed in the keeper’s cause, but his taste for adventure always seems to get him in trouble.The seraphs live on a different plane of existence. They watch over the mortals and reap their souls when it is time for them to depart to the afterlife, but do not associate with the beings otherwise. They are duty bound and loyal creatures, each of them having an affinity for a force of nature that they can use when needed. When a seraph breaks the rules, they are banished and stripped of their affinity. These evil creatures are named the fallen. Annalise, a reaper seraph blessed with an affinity for water, has always followed the rules until she is called to reap Ash’s soul and take it to the afterlife. This time, however, she finds it difficult to take the soul.Their worlds were never supposed to meet. Now everyone’s future is in jeopardy, their lives turned upside down as they find themselves on the run from the very people they thought they could count on. The two of them must search for a way to clear their names and hunt down the evil forces of the fallen, without losing themselves or those they hold dearest. This epic fantasy will take you on an exhilarating quest for love, truth, and revenge.

ABOUT THE AUTHORS
& AUTHOR INTERVIEWS A little about Briana

Briana Gaitan is a southern native and self proclaimed geek. She enjoys books, shopping, fashion, adventures and has spent countless hours dreaming of a life in space. Briana loves to write stories where there are no limits to the imagination.

If  you had to choose to be one of your characters in your book/books which would you be? and why?
I would want to be Arie. She is a tough gal, who knows exactly what she wants out of life. She has the exact amount of girly and badass. She is also a hopeless romantic that just wants to find love.

How long have you been writing?, and who or what inspired you to write?
I have been writing stories, songs, and poems since I first learned to write my name. I was an avid reader and loved to get lost in stories. I was also a pretty lonely child.  Pretty soon, I was creating these words and ideas in my head and started writing them down.

Have you ever suffered from a "writer's block"? What did you do to get past the "block"?
I always seem to get writers block at the end of each book I write. I hate to wrap up a story and can’t decide how to end it.

Have you ever based characters on people you know or based events on things that have happened to you?
I do use my own experiences to draw from in my writing. For example, If I had a hard time writing as Ash, I would listen start talking to a few younger co-workers about their wild weekends. It helped me get more in the mindset of a wild young man.

How do you come up with characters names and place names in your books?
I use a baby name journal for my character names. With Ethereal Underground, I wanted A letter names to be sort of popular on the planet, sort of how the Britney name was popular in the 80s. That’s how I came up with Ash and Arie.  The place names sort of come to me as I write, I just get odd ideas in my head.

Do you enjoy writing with another author more than writing alone?
It’s fun to write with another person. It’s like a role-playing game through a word document. 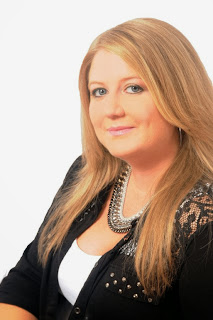 A little about Brooke

Brooke is a self-proclaimed geek and day dreamer.She enjoys music, books, family & friends, and spending time with her husband and incredibly entertaining guinea pig. She has obtained a bachelor’s degree in psychology and a master’s in mental health counseling from Tennessee Technological University.

Do you have a favourite genre of book?
I enjoy a variety of books! I generally tend to read supernatural/paranormal romance sorts of things, but I also enjoy scifi and fantasy, horror, and romance.

Did you read a lot at school and write lots of stories or is being a writer something newer in your life?
I have always been an avid reader, usually reading a lot bigger books than I should have been reading for my age. You could always find me with a book tucked into my purse, and I would read them every chance I got. I’ve written for as long as I can remember, but it picked up in my teenage years. I would write longer more detailed stories at that point.

Which format of book do you prefer, ebook,hardback, or paperback?
Paperback books. There is nothing like the feel of a book under my fingers!

Is there a certain Author that influenced you in writing?
Laurell K Hamilton and Anne Rice have always been favorite writers of mine. They have had a big impact on my writing

Do you decide on character traits (ie shy, quiet, tomboy girl) before writing the whole book or as you go along?
Before writing the book. I want to make sure I have a good grip on who this person is, what they are like, what they enjoy or dislike, look like, etc. so I can write them true to their self.

Do you get together in the same room to do the writing or is it all done via computers?


It’s all done by computers. We have two different character’s perspectives to write from, so we write one and send it to the other for their part. We do get together in person to discuss plotlines and such occasionally but the writing is all done by computer.
Posted by Jeanz xx at 12:00