Have you already made your lists of the December titles you'd like to read?  I have put together this post of the books I'm looking forward to that release in December! I'll admit the majority of the titles I feature are also one's I want to read myself, but I've tried to include something for everyone's taste too. 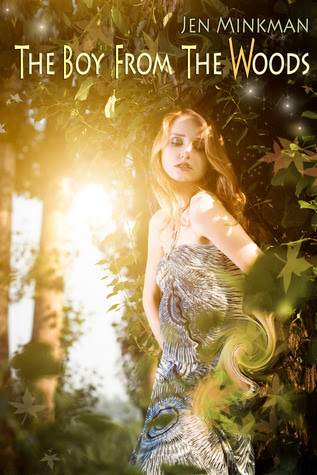 BLURB from Goodreads
Julia fell down on her knees next to his lifeless body, her heart filling with dread as she noticed the left side of his face was covered in blood. He had fallen off the motorbike, hitting his temple on a sharp-edged rock. His head injury looked really, really bad.“Michael?” she whispered softly, putting a trembling hand on his forehead. “Can you hear me?”Julia has been in love with Michael for years. He’s the hottest guy in school, and she can’t believe her luck when they finally hit it off during Senior Prom. Her dream doesn’t last, though: after a few dates, he callously dumps her out of the blue. Summer vacation starts with Julia feeling heart-broken and miserable.But then she rescues Michael in the woods when he has a motorcycle accident in a heavy thunderstorm. From that point onward, her life is turned upside down. Michael has changed completely after the blow to the head that nearly killed him... and he wants her back. But why is he so different? And will she be able to trust him this time around?Can the boy who broke your heart ever win it back again..? 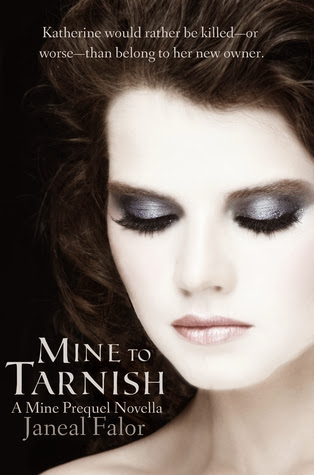 BLURB from Goodreads
Katherine’s place is the same as any woman’s—on the shelf next to the dresses and bolts of cloth. When she’s sold to a warlock, life grows even bleaker. Her new owner is as old and rancid as he is cruel, driving her to do the unthinkable: run.Nothing prepared her for being on her own. And she’s definitely unprepared for the warlocks hunting her down. But she must stay one step ahead because if caught, the best she can hope for is death. 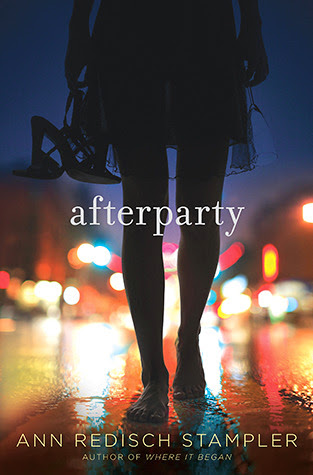 BLURB from Goodreads
Emma is tired of being good. Always the dutiful daughter to an overprotective father, she is the antithesis of her mother -- whose name her dad won't even say out loud. That's why meeting Siobhan is the best thing that ever happened to her...and the most dangerous. Because Siobhan is fun and alluring and experienced and lives on the edge. In other words, she's everything Emma is not.And it may be more than Emma can handle. Because as intoxicating as her secret life may be, when Emma begins to make her own decisions, Siobhan starts to unravel. It's more than just Dylan, the boy who comes between them. Their high-stakes pacts are spinning out of control. Elaborate lies become second nature. Loyalties and boundaries are blurred. And it all comes to a head at the infamous Afterparty, where debauchery rages and an intense, inescapable confrontation ends in a plummet from the rooftop... This explosive, sexy, and harrowing follow-up to Ann Redisch Stampler's spectacular teen debut, Where It Began, reveals how those who know us best can hurt us most. 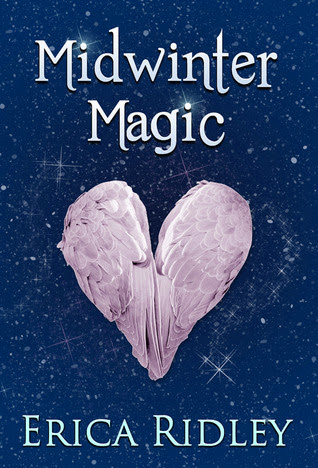 BLURB from Goodreads
After an eye-opening congressional hearing, former corporate shark Jack Morgan redirects his ill-gotten gains toward charity work. However, his attempts to bring holiday cheer to a Bolivian village meet with one disaster after another: canceled flights, crumbling luggage, implacable customs officials. His plans disintegrate further when he runs into a sexy tourist with . . . wings?As Jack's guardian angel, Sarah Phimm has her work cut out for her. When his latest volunteer mission risks his life, she's forced to reveal herself to him—but only in part. She can't risk him knowing the truth. He's everything her immortal heart desires, but can never have. She soon discovers that keeping him safe amidst death bridges and tumbling telephone poles is far easier than guarding her heart."Midwinter Magic" first appeared in the holiday romance anthology TIS THE SEASON. 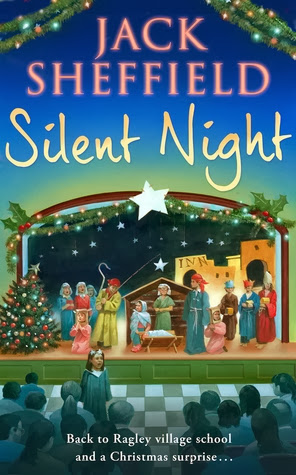 BLURB from Goodreads
1984 - and it's an important time for the children of Ragley-on-the Forest school... Their school choir is to sing a carol in a church in York, and is actually going to be on television! Helping to keep his excited children, not to mention their parents, under control during these momentous events taxes jack and his staff to the limit.And at the same time, Jack has his own problems to deal with. 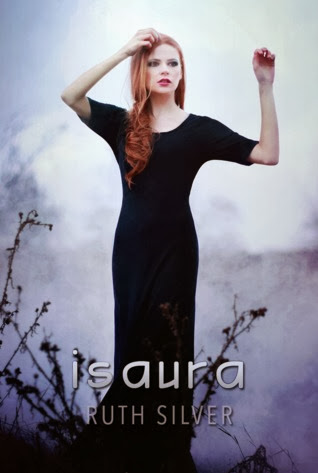 BLURB from Goodreads
SECRETS WILL BE REVEALED.

Olivia has little choice but to head into the dangerous Gravelands, as the new government wrestles with fixing the damage to society. If traveling through outlaw territory isn’t frightening enough, Olivia learns she has exposed her secret and is hunted by those she trusted. In a race against time, her life and those she loves are in jeopardy.


There is also an alternative cover for the ebook 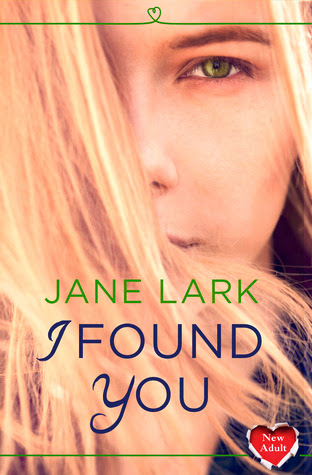 BLURB from Goodreads
Tomorrow is for regrets. Tonight is for being together. On a cold winter night, Rachel and Jason’s lives collide on Manhattan Bridge. She’s running from life, he’s running toward it. But compassion urges him to help her. His offer of a place to stay leads to friendship and trouble. There’s his fiancée back home in Oregon and a family who just don’t trust this girl from the wrong side of the tracks. But when the connection between them is so electric, so right… everyone else must be wrong. And as the snow begins to settle on the Hudson, there’s nothing but the possibility of what could be – of this, right here, right now. Them. 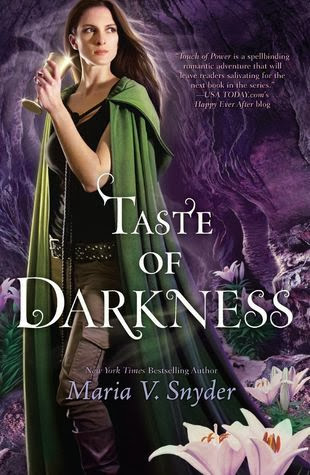 BLURB from Goodreads
She's fought death and won. But how can she fight her fears?Avry knows hardship and trouble. She fought the plague and survived. She took on King Tohon and defeated him. But now her heart-mate, Kerrick, is missing, and Avry fears he's gone forever.But there's a more immediate threat. The Skeleton King plots to claim the Fifteen Realms for his own. With armies in disarray and the dead not staying down, Avry's healing powers are needed now more than ever.Torn between love and loyalty, Avry must choose her path carefully. For the future of her world depends on her decision. 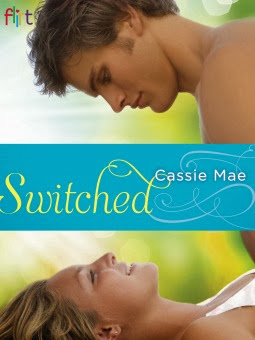 BLURB from Goodreads
Ever since high school, Kayla has been crazy for gorgeous football player Talon. But before she could muster the courage to tell him, he became a hot item with her beautiful BFF, Reagan. The only person who knows Kayla’s secret is Wesley, Talon’s best bud—and he’s got it bad for Reagan. Now they’re all in college together, hanging out 24/7. For Kayla, seeing the two lovebirds together is absolutely unbearable. So Kayla and Wesley hatch a plot to drive them apart before Talon has a chance to give Reagan the Christmas gift she’s been waiting for.Soon enough, the once happy couple is fighting. Reagan suddenly can’t get enough of Wesley’s goofy sense of humor, and Talon seems to be paying more attention to Kayla than a guy who’s “only a friend” ever should. But just when everything seems to be falling into place, Kayla and Wesley accidentally spend a night together and discover a hitch in their plan they never considered: that switching partners may not lead to a perfect ending after all. 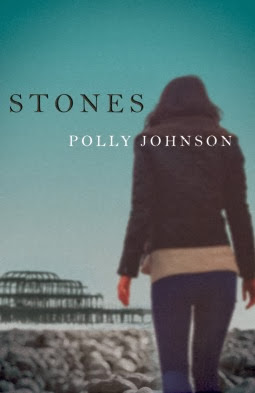 BLURB from Goodreads
Coo is trying to cope with the hand that life has dealt her. At sixteen, she feels she’s too young to have lost her older brother, Sam, to alcoholism. She’s skipping school to avoid the sympathy and questions of her friends and teachers, and shunning her parents, angry that they failed to protect her, and desperate to avoid having to face the fact that, towards the end, she began to wish Sam would leave forever – even die. Then, one day, truanting by the Brighton seafront, Coo meets Banks, a homeless alcoholic and she’s surprised to discover that it is possible for her life to get more complicated.Despite warnings from her friends and family, Coo and Banks develop an unlikely friendship. Brought together through a series of unexpected events, strange midnight feasts, a near drowning and the unravelling of secrets, together they seek their chance for redemption. That is, until Coo’s feelings start getting dangerously out of hand. 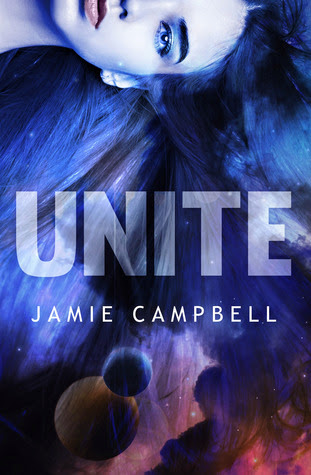 BLURB from Goodreads
United They Stand.Seventeen years ago an entire generation of aliens were sent to Earth in order to save their home planet and integrate into the human population. Now, those aliens are being hunted.Amery Jones is your typical teenager, except for the fact she is an alien and a member of the government’s secret Project Integrate.When Amery’s best friend Lola is kidnapped in order to get to her, there is only one person that can help – the exceedingly annoying and charming Lochie Mercury.Together, Amery and Lochie must put aside their differences and attraction in order to rescue Lola before it’s too late. 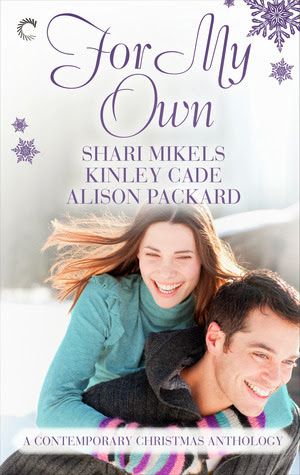 BLURB from Goodreads
Snowy days and steamy nights This year, a modern-day Scrooge learns the true meaning of Christmas with the help of a suddenly sexy old friend. A down-on-his-luck baseball star finds a beautiful new beginning with a hometown girl. And a prim-and-proper teacher is determined to bring out the holiday spirit in a grumpy tree farmer. Settle in for the season with this collection of very merry short fiction. Edited by Angela James, this anthology includes:A Christmas for Carrie by Alison PackardChristmas Curveball by Shari MikelsKissing Her Scrooge by Kinley Cade 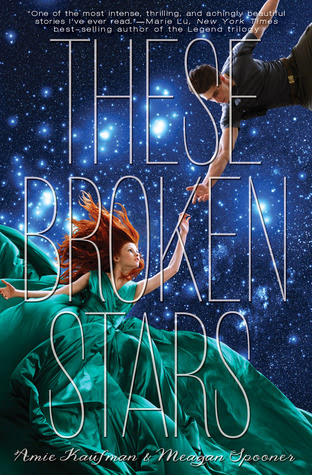 BLURB from Goodreads
It's a night like any other on board the Icarus. Then, catastrophe strikes: the massive luxury spaceliner is yanked out of hyperspace and plummets into the nearest planet. Lilac LaRoux and Tarver Merendsen survive. And they seem to be alone. Lilac is the daughter of the richest man in the universe. Tarver comes from nothing, a young war hero who learned long ago that girls like Lilac are more trouble than they’re worth. But with only each other to rely on, Lilac and Tarver must work together, making a tortuous journey across the eerie, deserted terrain to seek help. Then, against all odds, Lilac and Tarver find a strange blessing in the tragedy that has thrown them into each other’s arms. Without the hope of a future together in their own world, they begin to wonder—would they be better off staying here forever?Everything changes when they uncover the truth behind the chilling whispers that haunt their every step. Lilac and Tarver may find a way off this planet. But they won’t be the same people who landed on it.

So those are the books I'm really looking forward to being released in December. I am lucky enough to have a few of them via Netgalley, Edelweiss or ARC's via Publishers & Authors. I have already read and reviewed The Boy From the woods by Jen Minkman & Mine To Tarnish by Janeal Falor and I also have some of the above titles on my kindle ready to read.
Posted by Jeanz xx at 15:11