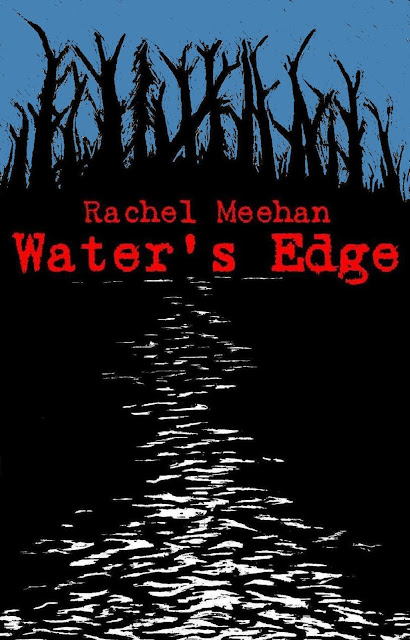 
BLURB from Goodreads
With their own water and power supplies, fourteen year old Nairne, her brother Zane and father Daniel are well prepared to cope with the effects of climate change, but most people are less fortunate. Thousands are fleeing the chaos and social unrest brought about by severe floods, heat waves and droughts which are sweeping across the UK.When Nairne persuades her father to house some of the evacuees on their small holding in the south of Scotland she plunges the family into a world of violence, deception and murder.Nairne soon discovers the truth. With society at breaking point, she has to grow up quickly as she alone can take revenge on those responsible. She discovers that the fortress Daniel built to give his children a chance, has become the prize in a struggle where winning can mean the difference between life and death. 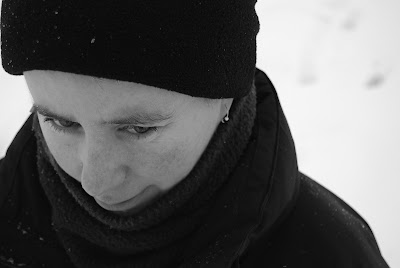 What is your name, where were you born and where do you live now?
Rachel Meehan. I was born in Dumfries and now live in the Scottish Borders.

Did you always want to be a writer? If not what did you want to be?
I always wanted to do something creative and trained in fine art but it was a few years later that I realised that creating art was just another way of telling stories and that perhaps telling stories was a better fit.

When did you first consider yourself as a "writer"?
I am not sure, I guess once I had completed a couple of books to my own satisfaction.

Did it take a long time to get your first book published?
It took me a long time to finish the first one which has not yet been published (Eternal Inheritance) .
Water’s Edge was faster although I still spent a lot longer prevaricating than I should have.  It is the first in a series of three (Troubled times Series). The two accompanying books are proving to be quicker.
Book Two, Power’s Out, is due for release in October 2013 and the third and final book is currently being worked on.

Do you work another job as well as your writing work?
Unfortunately yes, it involves lots of paperwork, lots of meetings and lots of time away from writing.....

What is the name of your latest book, and if you had to summarise it in less than 20 words what would you say?
Water’s Edge – pre-apocalyptic, climate change thriller set in Scotland aimed at YA market. This is what happens when the system breaks down...

Who is your publisher? or do you self publish?
I have set up www.CherryHousePublishing.co.uk which is publishing my work and a couple of other new authors who specialise in YA literature.

What can we expect from you in the future?  ie More books of the same genre? Books of a different genre?
Water’s Edge is the first in the Troubled Times Series following the same characters as climate change destroys our current way of life so two more books to go, Power’s Out and Earth’s Descent.  After that I think possibly a change of genre although I think I will always want to write books with strong themes and action.

What genre would you place your books into?
Pre-apocalyptic, Cli Fi (Climate Change Fiction) Thriller

What made you decide to write that genre of book?
I have always liked end of the world books and books where ordinary people are placed in extraordinary circumstances, where the rules of society no longer apply.  I also have a keen interest in the environment so climate change is a topic I have concerns about.

Do you have anybody read your books and give you reviews before you officially release them? ie. Your partner, children, friends, reviewers you know?
Yes, my partner, friends and other family members have all been roped into reading my work.

Do you gift books to readers to do reviews?
Yes and I have done so through site such as Goodreads.  I think it is a great way of reaching readers and getting feedback.

What was the toughest/best review you have ever had?
I had a lovely review on amazon.com from an American living in Taiwan who had come across my book as it was featured in a Taiwanese newspaper in an article on Cli Fi.  This reviewer, Dan Bloom invented the term Cli Fi , saw the article bought my book and posted a great review.  It was great to see the review and also great to find out the book had made it into the press in Taiwan!

How do you come up with the Title and Cover Designs for your book/books?Who designed the Cover of your books?
The title was quite hard but Water is one of the key themes within Water’s Edge and in the next book Power’s Out, power both in terms of energy and power over others are key themes.  I design the covers myself and wanted something different and stark to represent the pre apocalyptic content of the books.

Do you choose a title first, or write the book then choose the title?
Book first then the title.

How do you come up with characters names and place names in your books?
For Water’s Edge all the character names were chosen due to their meanings e.g. Nairne means of the water, Garrick means spear carrier etc.  So each character had a name which for me bore some link to their role in the book.

Do you basic plot/plan for your book, before you actually begin writing it out? Or do you let the writing flow and see where it takes the story?
It is a bit of both!  I usually have an idea of the overall plot but I don’t plan out each chapter, more just a direction of travel.  Sometimes characters just develop and take the plot in a direction I could not have anticipated.

Have you ever based characters on people you know or based events on things that have happened to you?
In the first book I finished, which is due for publication soon, Eternal Inheritance, I based two characters and the location on my parents and their house.  I also gave one of the ‘baddies’ the same name as one of my brothers. I think he was quite touched to have made it into the book even if he was a wrong un.

Are there any hidden messages or morals contained in your books? (Morals as in like Aesops Fables type of "The moral of this story is..")
I guess for the Troubled Times Series there is a bit of a moral as the books deal with climate change and are not set after the great freeze or tidal wave but examine what happens when the climate conditions reach a point where the way we live is no longer viable so the moral is....... act now before it is too late....

Which format of book do you prefer, ebook,hardback, or paperback?
Paperback

What is your favourite book and Why?  Have you read it more than once?
This is a tough one and probably for longevity I would say the Day of the Triffids which I read as a teenager and still love.  In fact all John Wyndham’s novels are among my most treasured.

What are you currently reading? Are you enjoying it? What format is it?(ebook, hardback or paperback)
Paperback – just finished The Road by Cormack McCarthy – not sure enjoy was the word as it was very bleak but certainly thought provoking.

Did you have a favourite author as a child?
Yes, Robert C O’Brien, author of Mrs Frisby and the Rats of NIMH, The Silver Crown and Z for Zachariah They are three of my favourite books which I have read many times.

If you could invite three favourite writers to dinner, who would you invite and enjoy chatting with?
I assume they do not need to be living so I would go with
JohnWyndham:
because it would be great to find out where the Triffids idea came from.
Gurdun Pausewang: (http://www.goodreads.com/author/show/127734.Gudrun_Pausewang) a German author who has written fantastic books for young adults dealing with nuclear accidents, the holocaust and the second world war.
Donna Tartt:
As the Little Friend is one of my favourite books, especially on audio and she has the most fantastic writing style and wonderful voice for reading.

or as an e book from Kobo


http://store.kobobooks.com/en-US/ebook/water-s-edge
Posted by Jeanz xx at 03:00