What is your name, where were you born and where do you live now?
Hi, I’m Deborah Hopkinson.  I was born in Lowell, Massachusetts and now I live just outside or Portland, Oregon.

Did you always want to be a writer? If not what did you want to be?
I think I wanted to be a writer from about the time I was ten years old. I remember that I used to bring the books I was reading and hide them behind big geography and history textbooks in school because I just had to know how the story would end!

Do you work another job as well as your writing work?
Yes, I am Vice President for Advancement at Pacific Northwest College of Art, a college of art and design here in Portland, OR.  I have always worked in higher education fundraising in addition to my writing. It’s challenging, but it’s never been boring to have two careers.  When I visit schools I always tell students not to give up their dreams just because they also must work at a full-time job.

Did it take a long time to get your first book published?
I began writing for children when my daughter was two or three years old, and  it took about three years before my first historical fiction picture book, Sweet Clara and the Freedom Quilt, was published.  I wrote a lot of magazine stories and got quite a number of rejections in those three years!

What is the name of your latest book?
I actually have two books coming out at the beginning of 2012: a historical fiction picture book entitled A Boy Called Dickens, in honor of the 200th anniversary of the novelist’s birth, and on April 1, a 289-page nonfiction book, Titanic: Voices from the Disaster, timed to coincide with the centennial of the tragic event.

Did you have to do quite a lot of research on the Titanic for your book?
Did I research?  More than I ever realized!  Previously I’ve written books that cover long historical periods, so I thought writing about the Titanic would be easier, since, after all, the boat struck the iceberg at 11:40 p.m. and the Carpathia sailed away with survivors at around 8:50 a.m. the following morning. But I found so many conflicting personal accounts, theories and such a wealth of information that it took me nearly two years.

Where did you get your Titanic information from?
In my research I used both secondary and primary sources, especially the testimonies survivors gave to both the American and British investigating committees.  This testimony is now available online, which is a boon to researchers.  Especially helpful were some of the survivor accounts written directly following the April 15, 1912 disaster.

Is the Titanic something that really interests you too? If so why?
In my author visits to schools I have ten-year-old Titanic experts. That wasn’t me (I tend toward novels) but the more I learned about the ship itself and the disaster, the more fascinated I became.  Of course we know how it ends, but I found, nevertheless, that I
had a very difficult time writing about loading the lifeboats and the last moments of the ship. It became very real – and not just from seeing films about it.

What made you decide to write factual books?
I love writing both fiction and nonfiction but have found that with a demanding day career, it is somewhat easier for me to pick up a nonfiction project on the weekends than it is to plug myself back into a novel.  I think of historical events as providing a sort of scaffolding for my writing, and for me nonfiction often feels as natural as breathing.

How do you choose which subjects to write about?
I follow my own interests to a great degree, but also try to find something that I think
may have application in the classroom and be of interest to kids, teachers, and librarians.
I am very interested in helping young readers develop historical thinking skills and
gaining a sense of historical context.  Anniversaries are helpful in that regard – if you
remember that Charles Dickens was born 200 years ago and that the Titanic disaster
occurred 100 years ago you can start to compare what was the same – and different between 1812 and 1912, and those periods and our time.

What can we expect from you in the future?  ie More books of the same genre? Books of a different genre?
I will probably continue to write picture books, as well as nonfiction.  I hope to do more middle grade fiction too.  My next book, coming out in September 2011 is a picture book entitled Annie and Helen, with lovely illustrations by Raul Colon.

Do you have plans for a new book? Is this book part of a series?
I am currently working on a middle grade novel set during the 1854 cholera epidemic in London that features Dr. John Snow, who was born in 1813 and whose bicentennial will be celebrated next year.  I had a chance to go to London this past summer to research this project and I didn’t want to come home!

What do you do to unwind and relax? Do you have a hobby?
I love going to the gym and taking cardio and strength conditioning classes.  That would be my dream life – two hours working out every day, followed by six hours of writing, and then finished with two hours gardening and reading, two hobbies I don’t get much time for now! 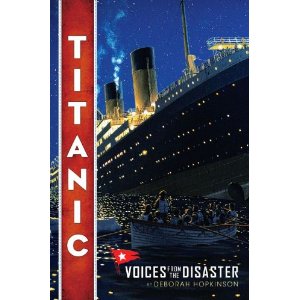 Thank you for taking the time to take part in this Interview
Posted by Jeanz xx at 07:00