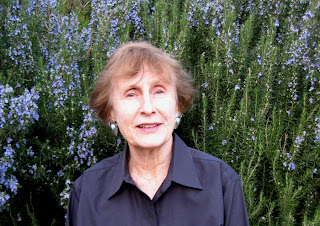 What is your name, where were you born and where do you live now?
Kit Reed


Did you always want to be a writer?
I never wanted to be anything else

When did you first consider yourself as a "writer" ?
When I dictated my first "book" to my mother when I was five and made her erase a comment I made while I was dictating, which she'd dutifully penciled in. lt wasn't part of the story! I drew a picture in the place where she erased.

Did it take a long time to get your first book published?
I suppose it did, since I first started sending things out when I was twelve.

Do you work another job as well as your writing work?
Nope. I started as a reporter-- when you had a baby, you pretty much lost your job. I'd sold a handful of short stories and settled down to do what I've always done.. I'm Resident Writer at Wesleyan University now.

What is the name of your latest book, and if you had to summarise it in less than 20 words what would you say?
This review from the Financial Times says it all:

"What Wolves Know," it's a short story collection from PS Publishing in the UK (March 2011). I'll let the Financial Times say it all:
Kit Reed has published 22 novels and over a hundred short stories, has garnered awards, and remains as critically feted as she is commercially underrated. A reason for this is that she one of those authors whose work loiters at the mainstream edge of SF. She calls herself "transgenred" acknowledging the problem that her fiction is too fantastical for most literati and too literary for most fans of the fantastic.
Her new collection, What Wolves Know, available in a limited edition from a small press, is unlikely to raise her profile dramatically. It is, however, confirmation of an extraordinary talent. Here are tales of mothers who are monstrous in their maternalness, families on the brink of implosion, children mutated by parental pressure in every dream home a dystopia.
Of particular note are the title story, about a boy raised by wolves who struggles to adapt to the modern world; The Blight Family Singers", a bizarre satire on the Von Trapps; and the seething "Special," with its splendidly mordant and unforeseeable punchline. --James Lovegrove The Financial Times

Who is your publisher?
PS Publishing for this collection, the Wesleyan University Press for the next book, a best-of collection scheduled for March, 2013, Tom Doherty Associates for the four novels and a collection, all published in the 2000s, more on all this at:
http://www.kitreed.net


Or do you self publish?
Never

How long does it usually take you to write a book, from the original idea to finishing writing it?
Anywhere from a few months to ten years. It depends on the book.

Which of your books were easier/harder to write than the others?
When you're finished, you never remember which parts were excruciating and which moved like silk.

Do you have plans for a new book?
I never talk about them until they're done.

Is this book part of a series?
I can't do series. I'd just get bored.

What genre would you place your books into?
I think of myself as "transgenred." Everything I write is different from everything else and they're hard to pigeonhole.

How long have you been writing?
Since I was five.

Do you have a certain routine you have for writing? ie You listen to music, sit in a certain chair?
Writing is all about being at the keyboard at regular hours-- wherever you are. Inspiration doesn't carry you. Some of the best things come out of sitting there staring for so long that finally something happens.

Do you have anybody read your books?
My husband's first reader, my daughter, Kate Maruyama is a terrific reader. Other than that, it's my agent, whichever editor is wonderful enough to take it and whoever picks a Kit Reed novel or collection for review.

Do you gift books to readers to do reviews?
Only reviewers who have reviewed previous books in the press or online, one or two I think will  like this one.

Would you ever ask a reviewer to change their review if it was not all positive about your book/books?
With newspapers and magazines and review sites, that's a little hard to do. It would be like the D student coming into your office trying to turn that into an A. It's Just Not Done.

How do you come up with the Title and Cover Designs for your book/books?
You'd have to look at the books to see; the same designer did four of the five Tor titles-- and four out of five are terrific.


Do you choose a title first, or write the book then choose the title?
I don't think many people start with a title. Most of us do what we have to do and then figure out what to name it

How do you market/promote your books?
I give readings, will post details on Facebook and on my FB fan page, which a nice person put up for me a couple of weeks ago: it's Kit Reed: Writer

What do you think makes a book a really good/bestseller ?
I have heard publishers sitting around trying to figure that one out. If they don't know, I certainly don't know.

Have you ever suffered from a "writer's block"? What did you do to get past the "block"?
If you sit there and *suffer* long enough, writer's block is never an issue. There's the suffering and then there's the something happening.


Have you ever based characters on people you know or based events on things that have happened to you?
Everything is made out of SOMETHING. I never draw directly. I get deep enough into what I'm doing to discover that I've used a detail, but the person will never know it. The business of fiction is to take what you know and TRANSFORM

Are there any hidden messages or morals contained in your books? (Morals as in like Aesops Fables type of "The moral of this story is..")
I'm sorry, discussions of "morals" and "themes" make me want to throw up.

Is there a certain Author that influenced you in writing?
Every wonderful writer I've ever read has taught me something, but I've read so much so fast that I can't point to a single one. The object was never to write like THEM, it was to write like ME

Which format of book do you prefer, ebook,hardback, or paperback?
It depends on whether I'm reading it or publishing it

What is your favourite book and Why?
Too many to say.

Do you think books transfer to movies well?
Depends on the screenwriter, the director, the producer and what property they're trying to adapt.
Books aren't movies and movies aren't books, but some novels read like screen treatments.

What are you currently reading?
The new Murakami, but a Christmas novel, the Hunger Games and a new novel have intervened.


Do you think ebooks will ever totally replace printed books?
Too soon to tell

Is there a book you know you will never read? Or one you tried to read but just couldn't finish?
I usually read either 20 pages and drop a book because it's boring/badly written or read it to the end. I did, on the other hand, meet my husband as I was reading War and Peace... and never got past the Battle of Austerlitz
.
What do you think about book trailers?
I'm thinking about doing one. Daniel Handler's WHY WE BROKE UP video is a winner! We all loved Gary Shteyngart's one. People remember if they're smart enough... and funny enough.

What piece of advice would you give to a new writer?
Same thing Auden told Grace Paley when she asked... "Do you think I can be a writer?" He said, 'If you want to, you shall."

Do you or would you ever use a pen name?
I published a horror novel as Shelley Hyde and a string of psychological thrillers as Kit Craig. Oh, and when the church editor on my first newspaper went on vacation I put out the page as Fidelia Kirk.

Your blog details?
I have a choice. I can either do what I have to, which is work and have a life, or put it all down and do a blog.

Any other Information or comment you wish to add?
Thanks for contacting me; it's always fun to respond to people who are interested in my books.

Thankyou for taking the time to take part in this Interview!
Posted by Jeanz xx at 06:00