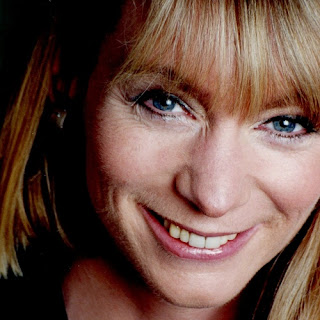 My mother was a huge Elizabeth Taylor fan. I think it was the jewels, but perhaps she was also jealous of the ease with which she interchanged husbands (just joking, Dad!). I remember watching the 1963 Cleopatra with her and being blown away by the glitz and glamour, but it wasn’t until I began researching the film for my novel, The Affair, that I realised it came at the price of almost bankrupting 20th Century Fox. Walter Wanger, the producer, gave in to all the outrageous demands of his stars and directors until the budget went stratospheric – adjusted for inflation it’s still one of the most expensive films ever made. In his book about the making of the film, Wanger maintains – guess what? – that none of it was his fault. The film’s publicists, Jack Brodsky and Nathan Weiss, also published a book about the filming and their struggle to restrain the media after Elizabeth Taylor’s affair with her co-star Richard Burton leaked out. Guess what? None of it was their fault either.

I went out to Rome in October 2011 to wander round all the places I’d be writing about. I fingered Cleopatra’s gorgeous gold dress in the museum at Cinecittà studios, sat in cafés on the Via Veneto watching the Italian dowagers in full jewellery at midday, and visited nightclubs and trattorias that have hardly changed over the last fifty years, except that the prices are now in euros rather than lire.

I wanted some kind of jeopardy in my story, and found inspiration in a tiny bookshop on a back street where there was a book entitled Death and the Dolce Vita, by Stephen Gundle. He writes of the mysterious death of Wilma Montesi, by all accounts a respectable middle-class Italian girl, who was found drowned on a neglected beach in 1953. Some claimed it was suicide; others that she had been at a drug-fuelled orgy; yet more that she was murdered. I won’t give away the ending but it showed me that beneath the surface a drugs culture was developing in Rome in the 1950s as organised crime gangs jostled for position and grew in strength, and that gave me the darkness I needed for my novel.

Back in London, I tried to contact all the cast and crew who worked on Cleopatra and are still alive. Francesca Annis (who played a handmaiden) kindly gave me an interview, but I struck gold when I found an actor called John Gayford, who played the centurion who stands behind Richard Burton through many scenes. John often had lunch with Richard, and knew Elizabeth from working with her on Suddenly Last Summer, and he has total recall for every last detail of the filming. He’s also a very witty man and a fabulous raconteur! He described the layout of the set, the filming schedule, the menu in the studio restaurant and bar – every last detail. I couldn’t include a fraction of what he told me or it would have weighed down the story, but his advice helped me to create an authentic 1960s atmosphere.

I asked John what everyone on set thought when Taylor and Burton began their affair and he said “Darling, no one batted an eyelid. They were only doing what actors and actresses have always done. Besides, we were all having affairs.” With dozens of actors hanging around in Rome on full pay for nine months and often with nothing to do, I suppose it’s hardly surprising they made their own entertainment.

My partner works in the film business and was able to explain to me how the old cameras worked and what each crew member did. Believe it or not, the focus puller used to measure the distance between the camera and the actor’s head with a tape measure so he could set the focus! And in those days before CGI, they had to build ornate battleships and then destroy them for the sea battle of Actium. You can see where the budget went…

I invented two main characters: an intelligent but naïve researcher called Diana who has come to Rome against her husband’s wishes, and a young American journalist called Scott who is on his first posting and keen to bed lots of girls. Their stories are woven through the facts of the filming and the true stories of what was happening to Elizabeth Taylor and Richard Burton throughout the nine months they were all in Rome. It was great fun to write and I only wish I could have been there myself at the time: dancing in Bricktops nightclub, drinking Prosecco, and watching Elizabeth flaunt her jewels along with her infidelity. Wouldn’t that have been great?