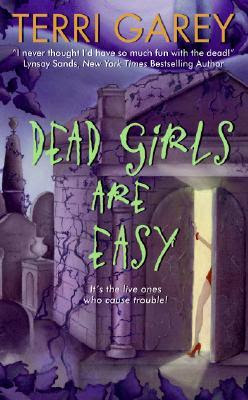 BLURB from Goodreads
There's something about almost dying that makes a girl rethink her priorities. Take Nicki Styx—she was strictly goth and vintage, until a brush with the afterlife leaves her with the ability to see dead people.Before you can say boo, Atlanta's ghosts are knocking at Nicki's door. Now her days consist of reluctantly cleaning up messes left by the dearly departed, leading ghouls to the Light . . . and one-on-one anatomy lessons with Dr. Joe Bascombe, the dreamy surgeon who saved her life. All this catering to the deceased is a real drag, especially for a girl who'd rather be playing hanky-panky with her hunky new boyfriend . . . who's beginning to think she's totally nuts.But things get even more complicated when a friend foolishly sells her soul to the devil, and Nicki's new gift lands her in some deep voodoo.As it turns out for Nicki Styx, death was just the beginning.

A Match Made In Hell - Nicki Styx Bk#2 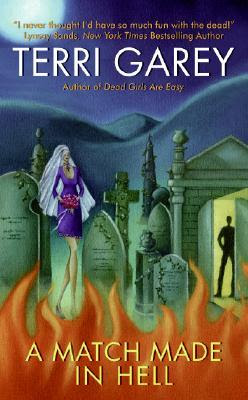 BLURB from Goodreads
A brush with death and a brief trip to the hereafter left vintage clothing store owner Nicki Styx an unwilling ghoulfriend to the dead. She can see and hear spirits, and boy, do they want to be heard! Luckily, her new boyfriend, sexy doc Joe Bascombe, is there to help, especially when Nicki faces her latest ghost, a woman in pink sequins who holds the key to some family secrets.Unfortunately for Nicki, it turns out that there are more skeletons in the family closet than she thought, including a twin sister and a mysterious house full of spirits and surprises. Things go from bad to worse when the devil himself shows up, determined to lure Nicki from Joe's side. Will she give in to temptation and sell her soul (or someone else's) for one incredible night?Demons may be a ghoul's best friend, but with this particular hottie, it could be a match made in hell! 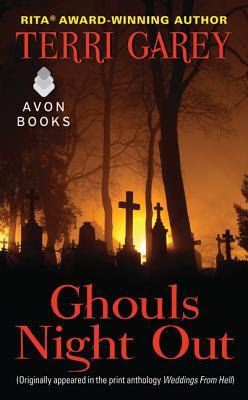 Nicki Styx sees dead people. Worse, she's a replacement bridesmaid forced to wear a hideously yellow dress that makes her look like a pineapple. If only the chatty ghost of the original bridesmaid would just leave her alone, Nicki may just survive this ceremony yet. From the RITA-winning author of Dead Girls Are Easy, an unforgettable tale of unholy matrimony and the wedding guests in attendance . . . living or otherwise.

You're The One That I Haunt - Nicki Styx Bk#3 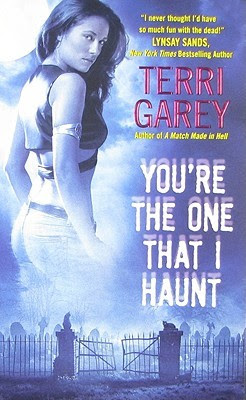 BLURB from Goodreads
The devil went down to Georgia . . .Nicki Styx has always known that the devil's in the details—but does he have to move in next door, too? Worse, he won't take no for an answer. Nicki would never leave her beloved boyfriend, ER doc Joe Bascombe, but hell hath no fury like a devil scorned. He's determined to make Nicki's life a living hell—even if it means exposing Nicki as an unwilling ghoulfriend to the dead.Now, just when she was getting used to being able to see and hear—and help—spirits, Nicki's got a whole new set of problems. With ghosts descending from all sides, the bereaved knocking down her door, and Joe trying to take things to the next level, Nicki may finally be in over her head. It would be so easy to dance with the devil . . . but if Nicki crosses over to the dark side, she may never leave.


BLURB from Goodreads
All I haunt for Christmas is you . . . Joe Bascombe is no stranger to desire, but when a sexy spirit begins haunting his dreams, he finds himself ensnared by dark passions. What he doesn't realize is that the devious demon and her two sisters, otherwise known as the Three Fates, are out to teach the woman he loves a lesson . . .Unwilling psychic Nicki Styx survived a near-death experience to find herself able to see and hear the dead, but she only has eyes for Joe. Together they've conquered evil spirits, saved lost souls, and beaten back the Devil himself, but they're about to learn that there are more things in Heaven and Hell than they ever imagined. As far as Nicki is concerned, Joe is the man of her dreams, but now they're at the mercy of the creature who's invaded his. It'll be a Christmas to remember . . . and it could be Joe and Nicki's last.