PROMOTIONAL SPOTLIGHT - THE FERRYMAN AND THE FLAME SERIES BY RHIANNON PAILLE

Today the cover for The Ferryman And The Flame by Rhiannon Paille Book 3.5 is revealed! And yes it will be featured on my blog a little later today. I decided this was a great opportunity to take a look at the full Series. There have been a few cover image changes so I have decided to go with the latest one featured on Goodreads for each book shown below. I've also added the Blurb and Book info sent to me by Girls Heart Books Blog Tours. 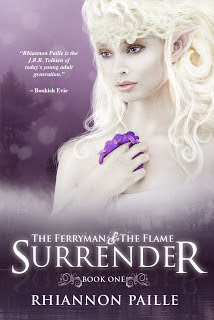 How far would you go to save everything you ever loved?

Kaliel was warned about her love for the Ferryman. One day he will marry the land and leave Avristar forever. She doesn't listen, and because of what she is-- a Flame-- one of nine apocalyptic weapons, she sparks a war. In a desperate attempt to save her home and her love, Kaliel tries to awaken Avred, not knowing she may have to make the ultimate sacrifice. 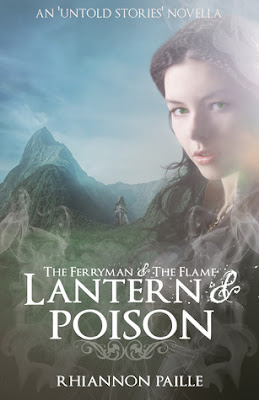 This is SURRENDER from the villain's POV.

Hadwen is no more. The Daed have no choice but to travel to Avrigost to awaken Crestaos. They're thrown into a whirlwind quest for the Flames, not knowing how ruthless and sadistic Crestaos can be. 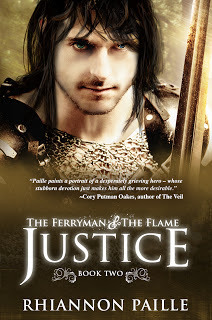 How far would you go to destroy yourself?

Krishani always knew he would have to go to the Lands of Men, but he never thought it would be like this. Enemies everywhere, an ancestor he can't respect, elders he can't trust, a curse he can't stop and friends he can't help but hate. Desperate to end the pain, he sets out on a quest to find the other Flames and face the enemy that took everything from him. 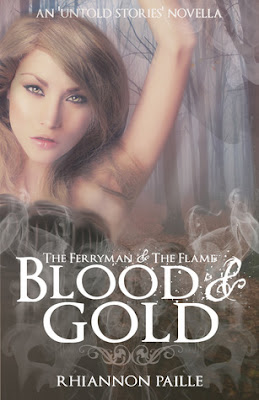 This is JUSTICE from the villain's POV.

The Daed are pawns to one of the most powerful members of the Valtanyana. Crestaos is insane, his hunger for the Flames insatiable. The closer the Daed get to achieving his goal, the more expendable they become. 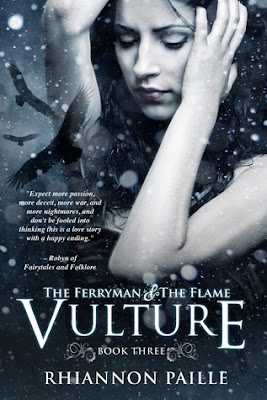 How far would you go to betray everything you've ever known?

Kaliel didn't think second chances came with this much turmoil. Exiled from her home, surrounded by strangers and in love with a boy she barely recognizes, she can't take it. She has her best friend, a new mentor, and a chance to win the war against the Valtanyana, but it's all wrong. Desperate to salvage some semblance of her former life, she makes a deal that shatters everything. 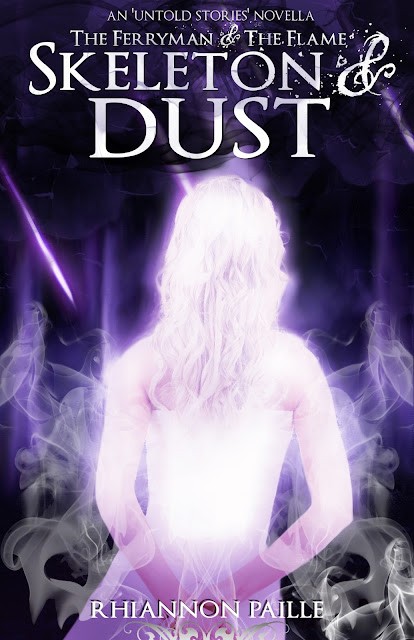 In the First Era, before Kaliel and Krishani fell in love, Tor runs. He escapes the Land of Kings and the tyrannical Valtanyana. In the depths of Tempia he forges weapons-- The Flames-- strong enough to oppose the Kings he betrayed.

Aria, The Amethyst Flame, cannot touch the living or the dead and her kin are silent ghosts. Hidden in a cairn deep in the haunted forest, Aria becomes obsessed with the Ferryman, the only boy who can feel her touch.

Before Aria knows it, The Flames, The Ferryman and Tor are swept up in the first war against the Valtanyana.