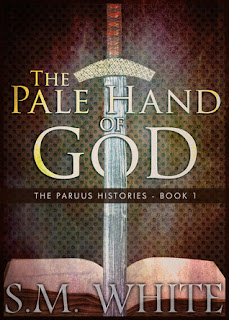 BLURB from Goodreads
"All Ages have a living darkness. In some, it is long buried. In others, it lives and thrives. And then there is the darkness no one sees, the patient darkness that reveals itself only when all light fails."In an Age of fallen heroes, stolen princesses, and a city prison, the world balances upon the blades of haunted men.Behind the walls of the clergy-controlled prison city of Iban Su, Lainn Sevai endures. But after losing his father and brother, Lainn finds the determination to seek freedom, following in the footsteps of the man whose iron tutelage molded him into one of the fiercest warriors Iban Su has ever known. In the process he discovers his father's terrible secret, and uncovers the thousand year mystery as to why the prophesied End of Days never came to the world. And in that sets in motion a terrible future.With all the edge and grit of a Gemmell novel, The Pale Hand of God is the first half of a series that will determine the fate of a world fallen to cowardice and indolence. Heroes will topple, and villains will ascend. Light will fade, and shadows prevail. This is a tale of violence and peace, of love and hatred, and of how one man's fight to save his soul could very well damn all humanity. 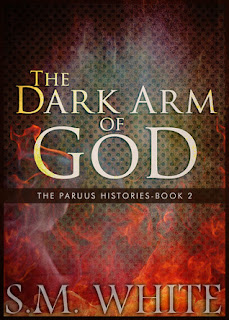 BLURB from Goodreads
"They were the killers, the murderers, the burners, the thieves, the prideful, the stupid. It was they who trapped light in order to fight darkness. It was they who wept when all the world screamed."The prison city of Iban Su has fallen, and a new power rages through the world. A power of destruction and damnation. And it is wielded by all.A new age has come to the world, a new Age of Magic. But in the hands of an ignorant people, this grant from God is a black and terrible thing. While villages and cities burn, and men and women fight against an unknown darkness they cannot defeat, Lainn Sevai aims to fulfill a promise. Yet, how can he be this needed hero when inside him thrives an even greater darkness?"The Dark Arm of God" is the second and concluding book to "The Paruus Histories." 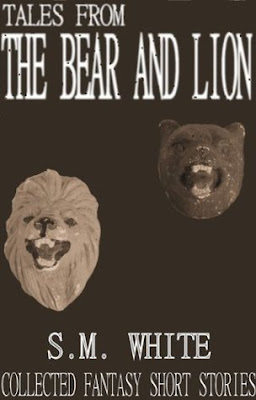 BLURB from Goodreads
A Collection of Fantasy Short Stories.Follow the birth of a monster in "Jar of Hearts."Listen and watch as a poet pines for a lost daughter of the gods in "The Eyes of Illiat."Take the journey as Andore sets off to claim the fey woman who stole his heart in "Andore and Illiat."Learn the horrific lengths one child will take to mend a broken heart in "You Bury Me."Listen to a soldier's agony as he returns from war and finds the life he left forever changed in "The Last Stand of a Dying Soldier." 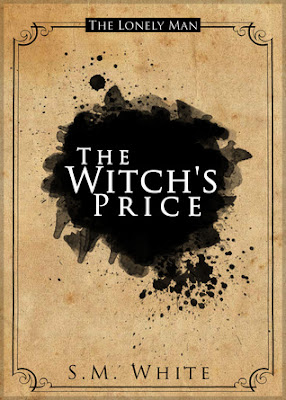 BLURB from Goodreads
A man responsible for the downfall of a nation. The nation responsible for the downfall of a man.Mhets and six other greedy men quested to steal the Chained God’s treasure. They were successful. The gods, in their fury, took the lives of Mhets' companions one at a time, and now seek to snuff out the remaining thief. To survive, and to further spite the divine for their part in taking the love of his life, Mhets finds refuge in a witch’s hand. But the vile deal he enters into promises nothing but trouble. Sorcerers, mercenaries, and death wait on the horizon as he moves to complete his end of the terrible bargain. Journeying at the behest of the witch, Mhets learns just how black his heart has become, and how that darkness inside him might spell salvation for the world.“The Lonely Man: The Witch’s Price” starts the tales of Mhets Sorrowbringer, a man wronged and angered in life. He owns a past riddled with atrocity, betrayal, and death, but here is where his true story starts. Here is where the man called Mirthless Mhets begins to write his legend.