ABOUT THE AUTHOR - ADA ADAMS 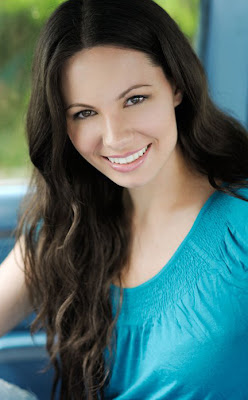 "Many people sing in the shower. I write scenes in my head and act them out."

In her career as a writer and an actress, Ada spends most of her days immersed in imaginary worlds. Much like the kick-butt female characters she enjoys playing and writing about, Ada is a martial artist with a Black Belt in Shotokan Karate. She is also a big proponent of lifelong learning and has attained a Bachelor of Arts in Psychology (it aids in creating characters with unique quirks!) as well as a Masters of Science in Education.

Ada began her writing career at age three with a string of short stories that only a mother could love, and has been inventing quirky characters and imaginary worlds ever since. Her readership has now grown to include people who aren't directly related to her. A passionate advocate for the arts, Ada is also an editor-in-chief of VEUX Magazine - a fashion/literary publication which showcases up-and-coming talent from all over the world. Amongst other things she enjoys are zombies, chocolate, and bubble tea.

Ada lives in Toronto, Canada, and when she's not writing you can find her on an adventurous nature hike with her puppies, Caramilk and Oreo. Or deep in a jar of Nutella.